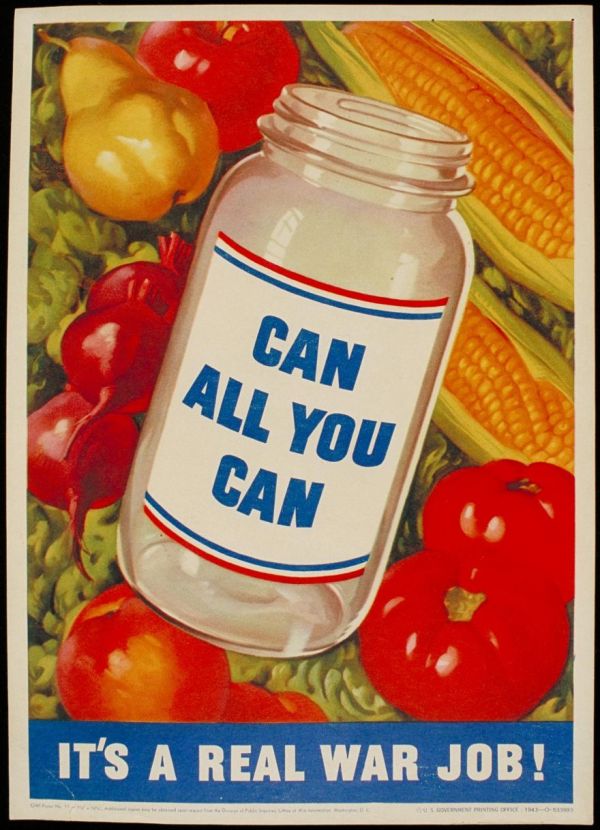 With so many people staying at home, gardening is bigger than ever this year. Now that harvest season is here, more people are trying their hand at home canning, so much so that manufacturers are having a hard time supplying enough mason jars. Luckily, I have plenty. If you’re waiting on a shipment, you might wonder where they originally came from, and why they are named mason jars. That name comes from the inventor, John Landis Mason.

In 1858, a 26-year-old Mason patented threaded screw-top jars “such as are intended to be air and water-tight.” The earliest mason jars were made from transparent aqua glass, and are often referred to by collectors as “Crowleytown Jars,” as many believe they were first produced in the New Jersey village of Crowleytown. Unfortunately for Mason, he neglected to patent the rest of his invention—the rubber ring on the underside of the flat metal lids that is critical to the airtight seal, and made wax unnecessary—until 1868, a full decade later. By this point, mason jars were being manufactured widely. Mason tried to regain control of his invention, but after various court cases and failed business partnerships he was edged out. He died in 1902, allegedly penniless.

The jars’ history continues with the Ball brothers and the rise and fall of home canning through different eras, at Smithsonian.