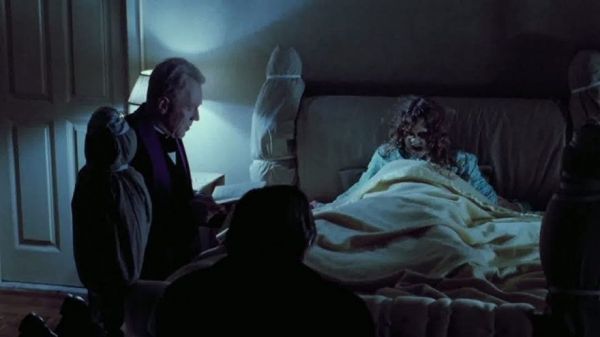 The horror film The Exorcist was a hit in 1973, but it wasn’t the first time the idea of demon possession was staged for an audience. In the 1590s, a young woman from the village of Romorantin, France, exhibited the signs of possession. Her body would contort in spasms, her eyes would roll back in her head, and she would speak without opening her mouth, emitting guttural sounds seemingly from her stomach. Martha Brossier’s family blamed it on a neighbor who was a witch. What would you do in this situation? Would you call a doctor or a priest? Or both?

Martha’s father had a better idea. He put her on stage in a traveling show. People would pay money to see a woman under the influence of a demon! Martha and her father traveled throughout France, demonstrating her unnatural symptoms to astonished audiences, and was often exorcized by local priests. That provided a happy ending for the audience, yet she would be possessed again in the next village. But when the two went to Paris, they found themselves under the scrutiny of Michel Marescot, the personal physician of King Henry IV. Learn how Marescot unmasked the fake victim of possession at Mental Floss. -via Strange Company