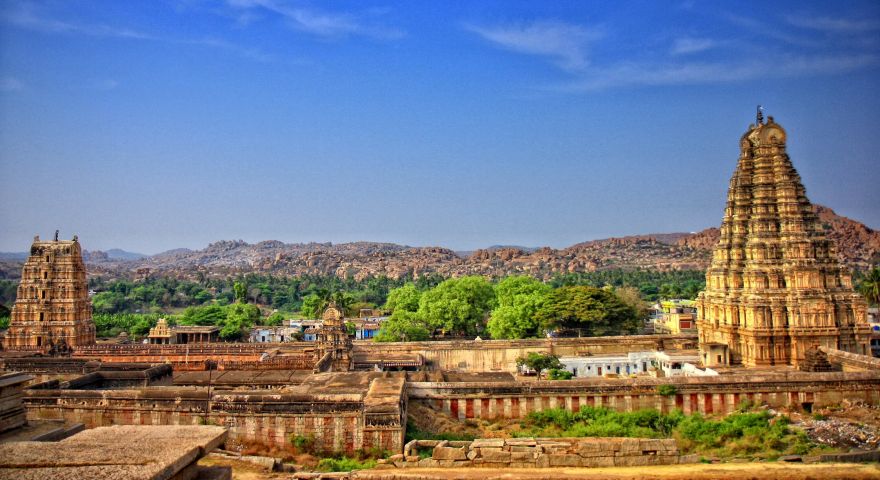 The city of Hampi, India, is a Unesco World Heritage site. It is mostly known for the terrain of granite rocks in grey, ocher, and pink. Also, tourists go to the area for the many ruins of temples and palaces that have existed for centuries.

The area is filled to brim with history and archaeological wonder, as the city started as the capital of the South Indian Hindu Vijayanagara kingdom from the 14th to 16th century. The kings during that time period focused and spent a lot on culture, religion, and the arts, which in turn produced the temples and palaces we see today.

One of them is the Vijaya Vithala temple, dedicated to the Hindu god Vishnu. This location is an architectural marvel, with its highly-intricate and detailed columns, gateways, and walls. Aside from that, the temple features stone pillars that produce music. “These were the only musical instruments used here,” Manjunath, a guide for the temple shared with BBC’s Malavika Bhattacharya.

These pillars have baffled people for centuries. How in the world were these pillars capable of producing music? The guide explains that musicians in the olden days play the columns with sandalwood sticks or their fingers. When struck, these structures can create different musical notes as well as the sounds of various Indian instruments like the ghanta (a bell), the damaru (a small handheld drum), and the mrindangam (an oblong double-sided drum).