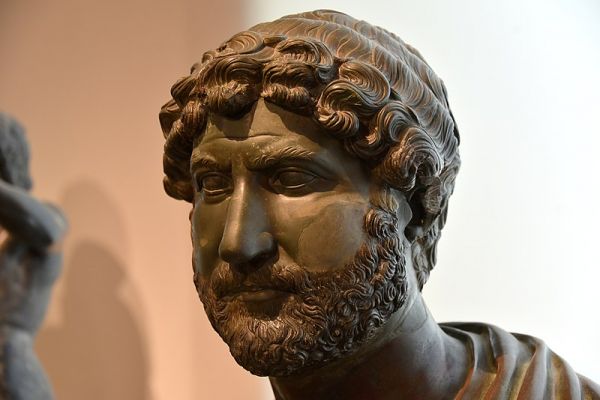 Hadrian (r. 117-138) lived to the ripe old age of 62 before he died of natural causes. He was an outlier on that count. Only 25% of Roman Emperors died of peacefully. That’s if you count from Augustus all the way to Constantine XI Palaeologus, who died during the fall of Constantinope in 1453. That is a total of 175 emperors. Data scientists in Brazil examined statisical trends in the lifespans of these rulers and published their findings with the Royal Society.

The researchers that found that the likelihood that an emperor would be killed early in his reign was very high. Consider the infamously named Year of the Four Emperors. But once an emperor was able to establish himself and get past these early trials, he tended to live for the next 13 years. Thereafter, his reign became unstable again and the likelihood of assassination increased.

This 13 year rule, the scholars note, confirms a study of 106 modern dictators who ruled between 1875 and 2004. Their power, once they survived initial turbulences, tended to become unstable after 12.3 years.