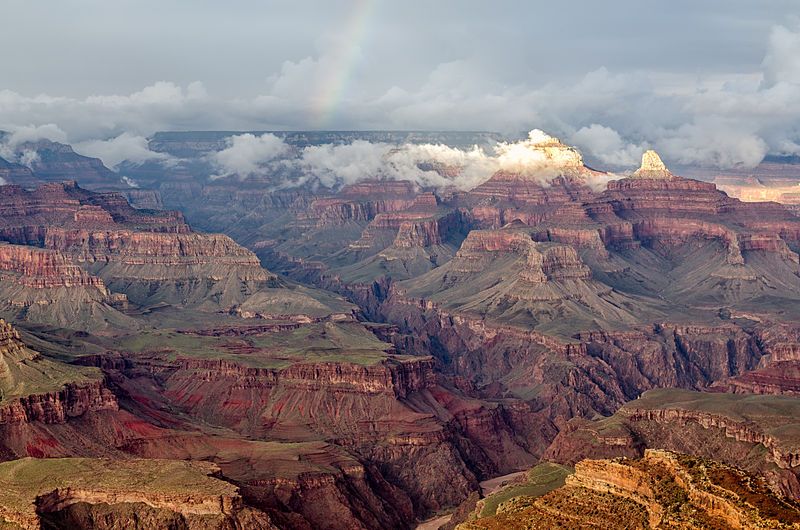 The oldest vertebrate tracks were discovered in the Grand Canyon after a cliff collapsed in the park. The fossil footprints were about 313 million years old. The footprints were hidden in plain sight until geology professor Allan Krill noticed them during a hike, as News Observer detailed:

“These are by far the oldest vertebrate tracks in Grand Canyon, which is known for its abundant fossil tracks” Stephen Rowland, a paleontologist at the University of Nevada, Las Vegas, said in the news release. “More significantly, they are among the oldest tracks on Earth of shelled-egg-laying animals, such as reptiles, and the earliest evidence of vertebrate animals walking in sand dunes.”

Researchers said the footprints show two separate animals passing on the slope of a sand dune, which is significant because of the “distinct arrangement of footprints.”

Rating A Discovery Was Made After A Cliff Collapsed In The Grand Canyon! is 5.0 / 5 Votes: 1
Please wait...
Loading...
Related articles