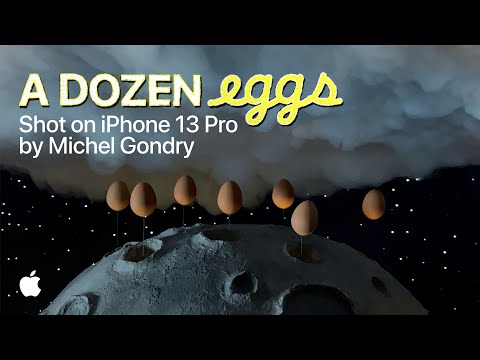 Enjoy a minute of creative animation by Michel Gondry (previously at Neatorama), starring a dozen eggs doing quite ridiculous things. You may wonder why it appears to be making a big deal about this being shot on an iPhone, which is how most people record video these days. That’s because it’s an ad for Apple, specifically the iPhone 13 Pro. Maybe Apple thinks there may be people out there who don’t understand that an iPhone will record nice footage. There’s no doubt that Gondry put in plenty of work on the animation after the footage was shot. -via Nag on the Lake