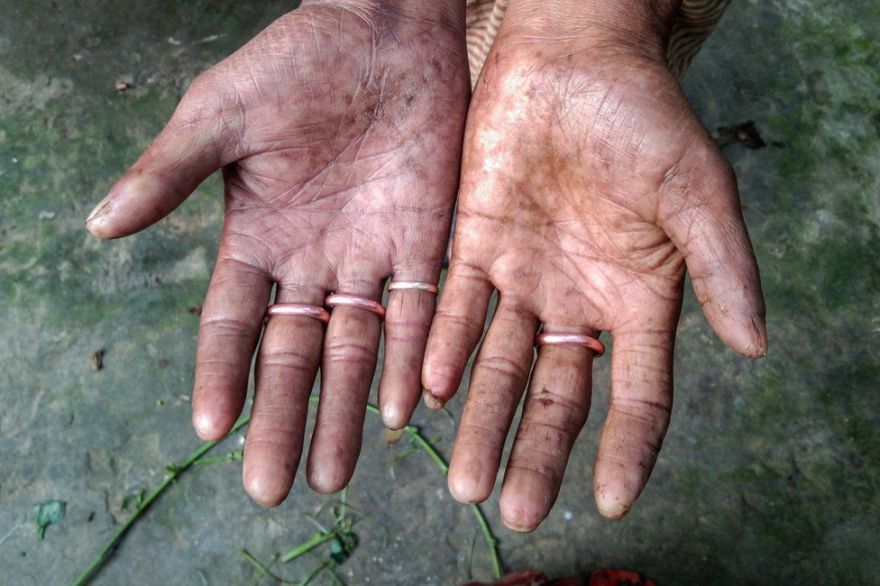 It seems that not all people get a unique set of swirls on their fingertips. This unique condition, which manifested in Apu Sarker’s family, is a rare genetic mutation. The condition, called Adermatoglyphia, renders people affected with it to have no fingerprints and a reduced amount of sweat glands on their hands, as BBC details:

Apu, who is 22, lives with his family in a village in the northern district of Rajshahi. He was working as a medical assistant until recently. His father and his grandfather were farmers.

The men in Apu’s family appear to share a genetic mutation so rare it is thought to affect only a small handful of families in the world: they have no fingerprints.

Back in the day of Apu’s grandfather, having no fingerprints was no big deal. “I don’t think he ever thought of it as a problem,” Apu said.

But over the decades, the tiny grooves that swirl around our fingertips – known properly as dermatoglyphs – have become the world’s most collected biometric data. We use them for everything from passing through airports to voting and opening our smartphones.

A dermatologist in Bangladesh has diagnosed the family’s condition as congenital palmoplantar keratoderma, which Prof Itin believes developed into secondary Adermatoglyphia – a version of the disease which can also cause dry skin and reduced sweating on palms and feet – symptoms reported by the Sarkers.

More testing would be needed to confirm that the family has some form of Adermatoglyphia. Professor Sprecher said his team would be “very glad” to assist the family with genetic testing. The results of those tests might bring the Sarkers some certainly, but no relief from the day to day struggles of navigating the world without fingerprints.