One interesting thing I’ve learned about Germans over the years: In Germany, at least traditionally, there is a very clear line between work and hobbies. Work is something everyone does both to provide for their families and to contribute to the economy; hobbies are what you do after work, for fun. (It seems a distinctly modern American concept that work is somehow supposed to be fun.)

Which brings us to the case of Freiburg-based Otmar Horl. In the 1990s Horl, a mechanical engineer, worked in the machine industry developing machines for toothbrush production. That was his job. As a hobby, he was trying to come up with a better way to sharpen kitchen knives.

Toiling in his basement workshop after hours, by 1993 he cobbled together a diamond-abrasive-coated device that worked to his satisfaction. Horl wasn’t thinking about commercializing his hobby invention; he merely had “a passion for sharp knives” and enjoyed using his sharpener. The invention remained in his basement for 20 years.

In 2014 Otmar’s son Timo, a designer, spotted the odd pieces of knife-sharpening kit in his father’s basement. He’d never seen these items before, and asked what they were. When Otmar explained, Timo became interested. Together they came up with the idea of developing them into a more streamlined sharpening object.

What they came up with is the two-piece, easy-to-use Horl sharpener: 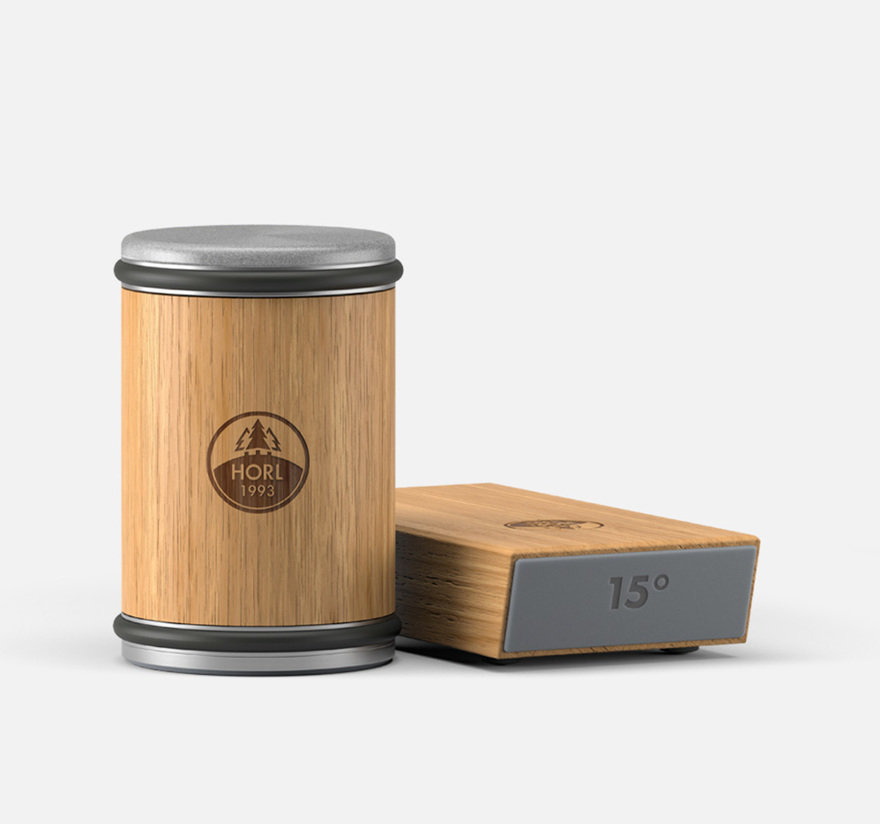 The knife is held in place by the block, which contains magnets. 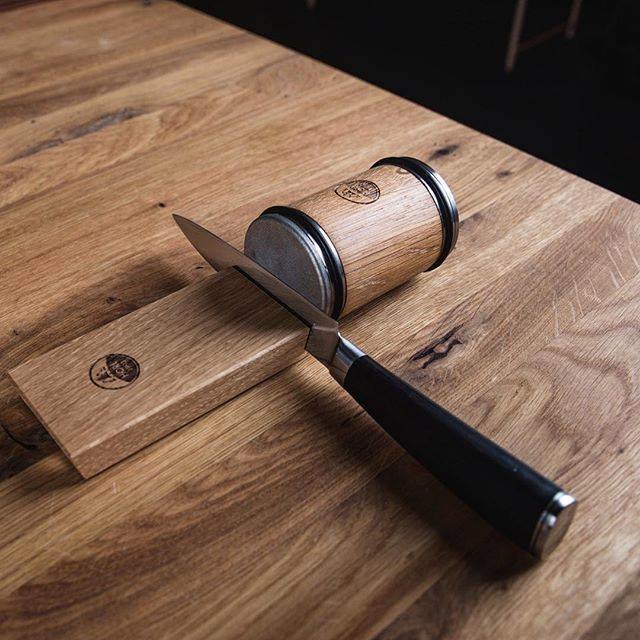 The rolling sharpener features a diamond coating electroplated onto a nickel bed. This is simply rolled along the knife, providing an idiot-proof way to maintain the sharpening angle. 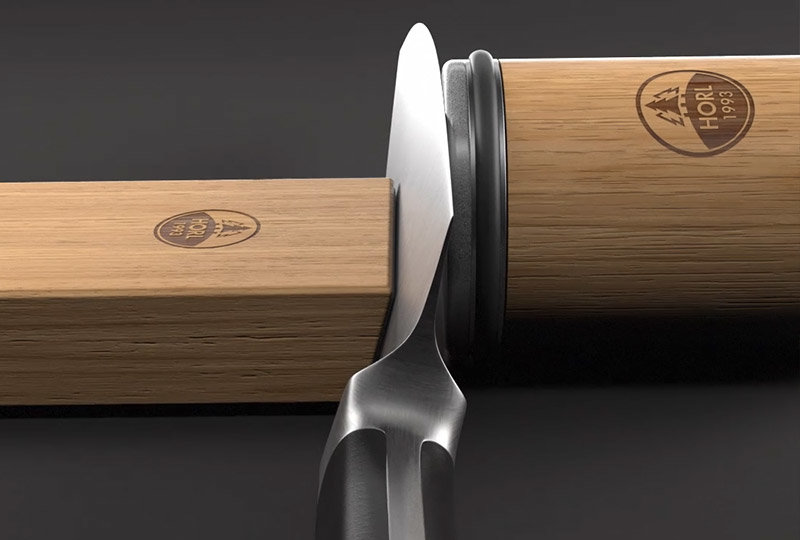 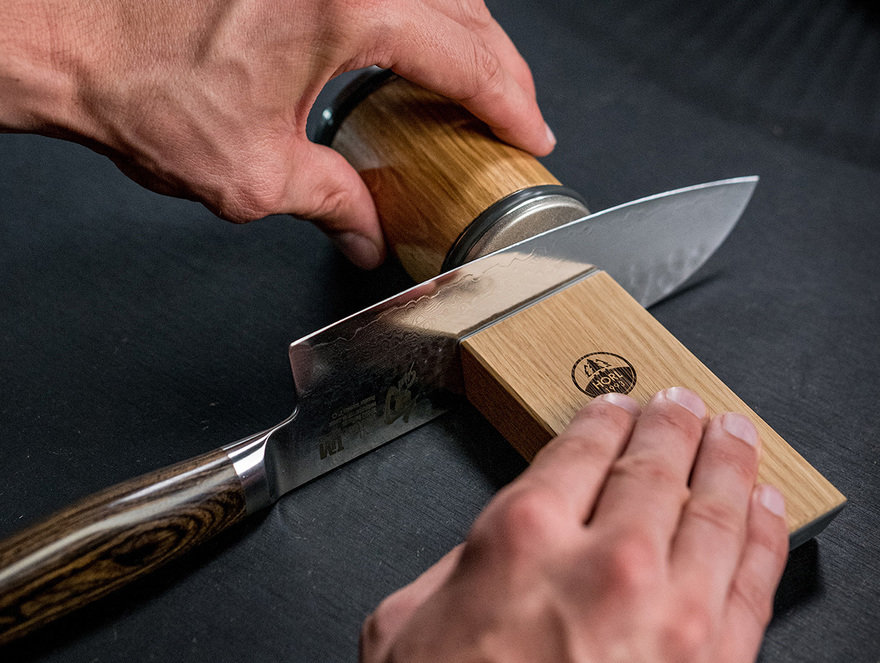 The rolling process is done on both sides of the knife, then repeated using the other end of the roller, which features a stainless steel face for honing. 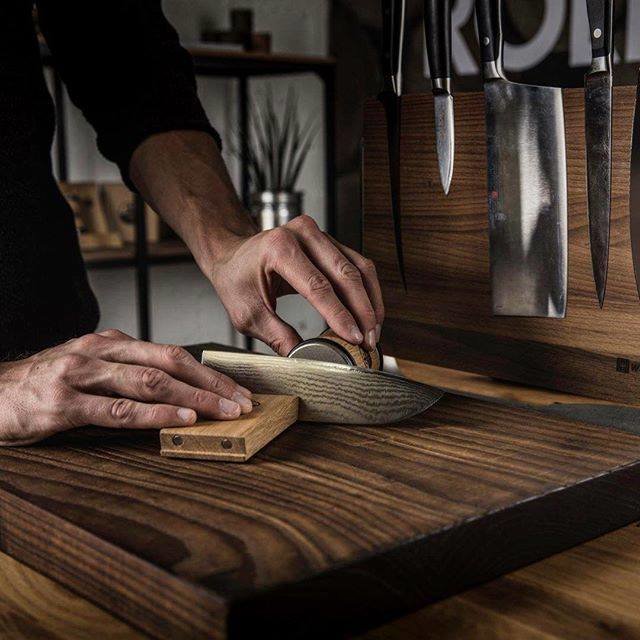 To sharpen a taller knife, you can reach the required height by using a thick cutting board or similar. 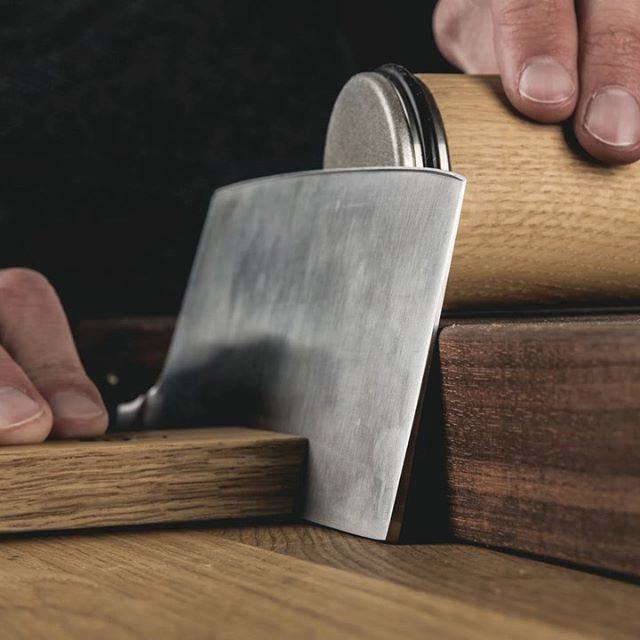 After two years of refining the design—still as a hobby, both hanging onto their day jobs—in 2016 the Horls devised a small-batch production routine in the basement, set up a website with an online shop, and introduced the device at a trade show. Feedback was positive. The next year they brought their Horl Sharpener to 15 trade shows–and before they knew it, they were moving 2,500 units a year. 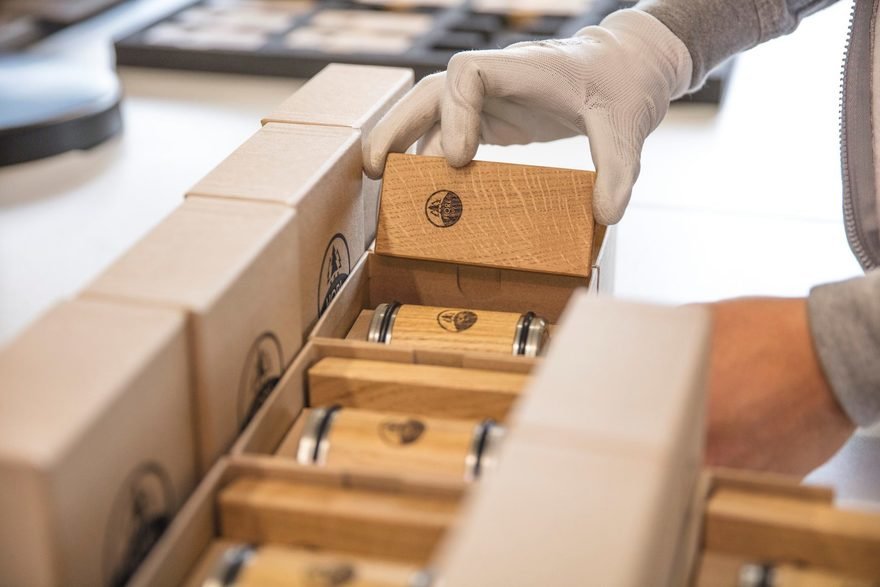 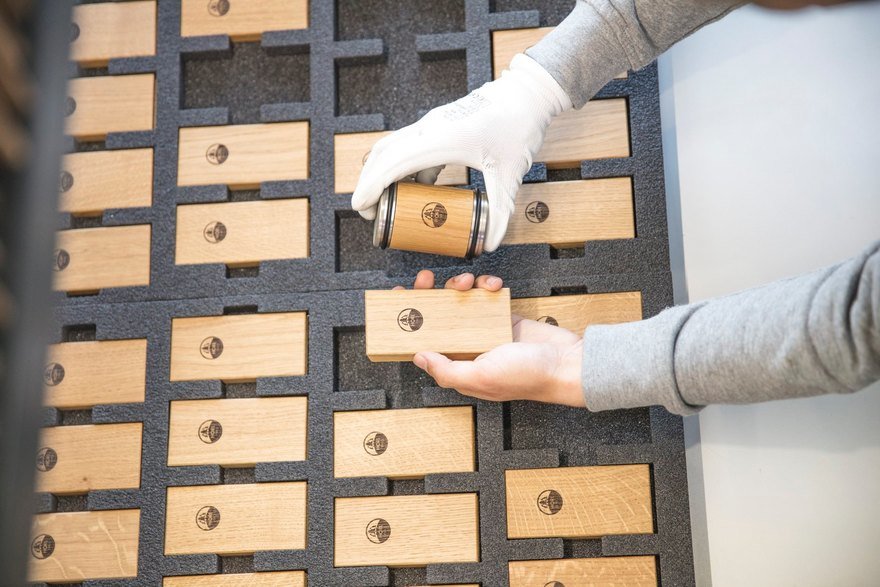 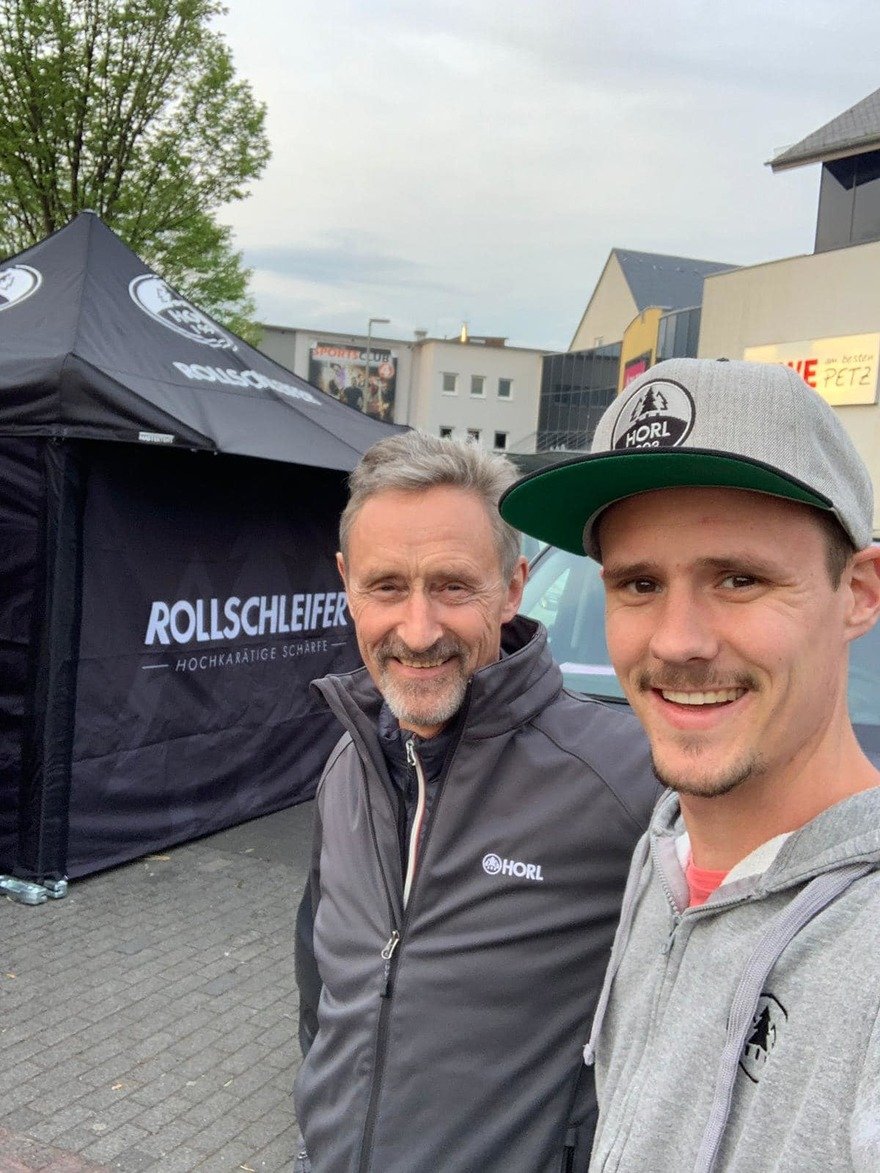 At this point, even a German has to see this is no longer a hobby. “Until this point, [it] remained an after-work project for the father and son team,” writes Horl 1993, the company they established. “Upon finishing work for the day in their full-time jobs, they started working for the family business. Working into night assembling sharpeners, preparing product deliveries and taking care of numerous tasks for the website, product brochures, and much more besides.”

Finally the Horls’ invention transcended mere hobby. “At the end of the 2017, Otmar and Timo Horl decided to devote their entire attention to the family business.” The basement and living room were finally returned to their original functions, as the Horls set up shop in a dedicated facility. 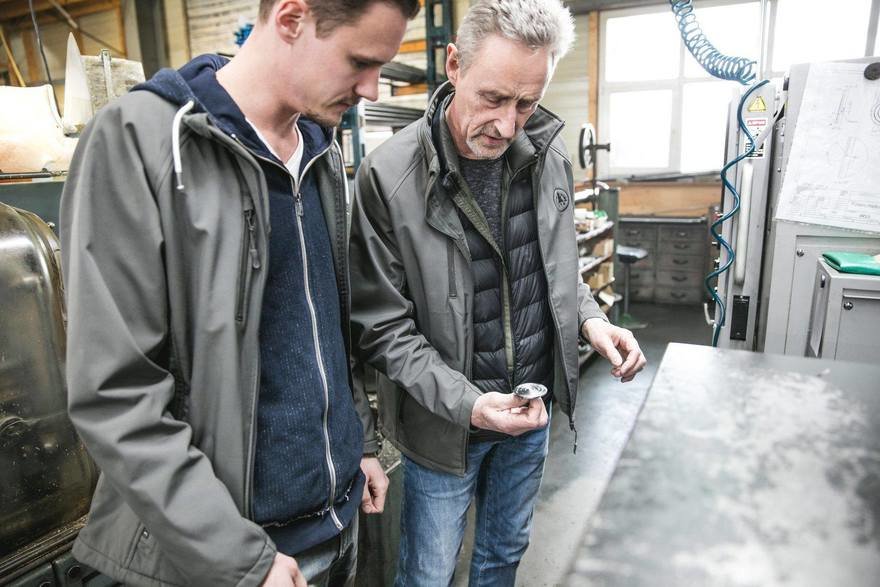 Their initial sharpener offered a 15-degree angle only, on both sides. On one of the sides, there is a ledge to support thinner knives:

Last year they released an updated Horl 2 design, with a block that offers both 15- and 20-degree angles; the stepped-ledge side has been done away with, as the magnet strength has been increased to hold thinner knives higher up. The 2.0 also offers a version with a ceramic honing disc, as well as changeable grinding discs.

The company, now 44 employees strong, distributes through over 1,000 retailers in Austria, Belgium, France, Germany, Italy, Luxembourg, Spain, Switzerland and the United Kingdom. (In the United States, Horl sharpeners can be purchased directly from their website as well as on Amazon.) Not too bad for a hobby! 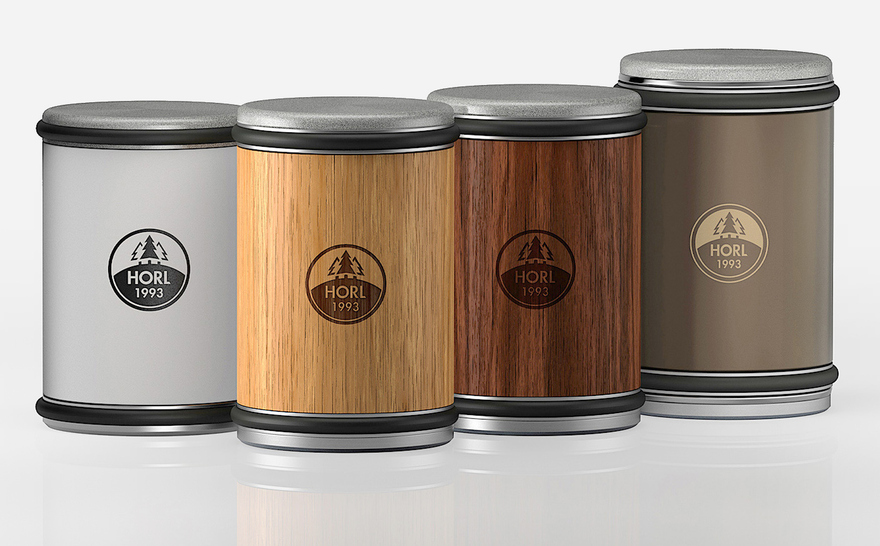 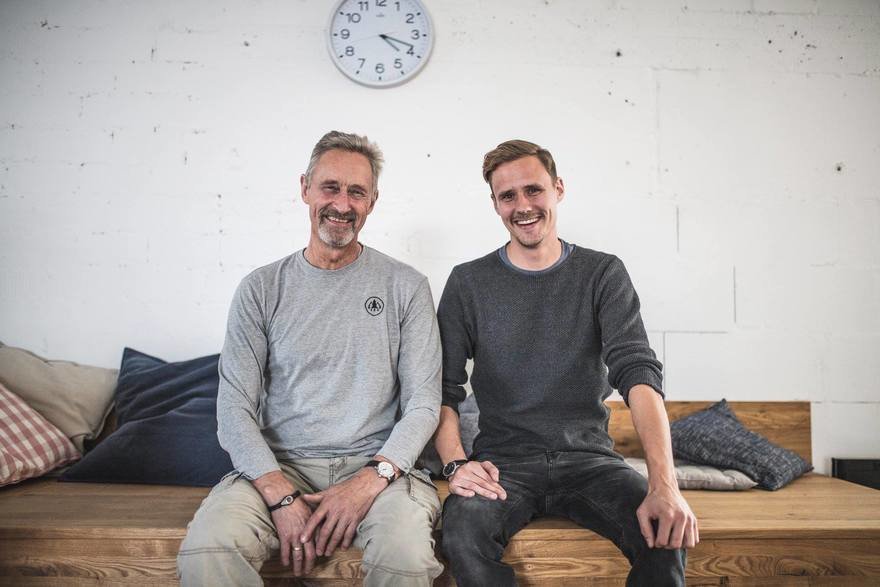 Note: A company called Tumblerware is selling a seemingly-identical sharpener. This is not an authorized nor licensed copy, but product piracy; Horl 1993 has no relationship with Tumblerware.

Horl 1993’s products are manufactured in Freiburg, Germany. Tumblerware does not reveal where their knock-offs are made.