Six decades after the US Supreme Court’s landmark Brown v. Board of Education of Topeka ruling, which ended de jure segregation in America, Kathryn Fuller found herself in a high school classroom in Bushwick, Brooklyn teaching Latino students literature with limited resources. “In tenth grade, we read Bodega Dreams but we only had one set for my three tenth grade classes,” recalls Fuller, “so the students couldn’t take the books home to read, and we spent class time reading.”

One student asked, “Why don’t we get our own books?”

“I knew the answer to that question,” she says, “but didn’t know how to explain it.” Becoming physically ill from the stresses of teaching in the environment, Fuller lasted just one semester at the school. The former teacher’s experiences of trying to educate poor students, who in reality still attend segregated schools, has led to a series of art exhibitions, entitled Race and Revolution. 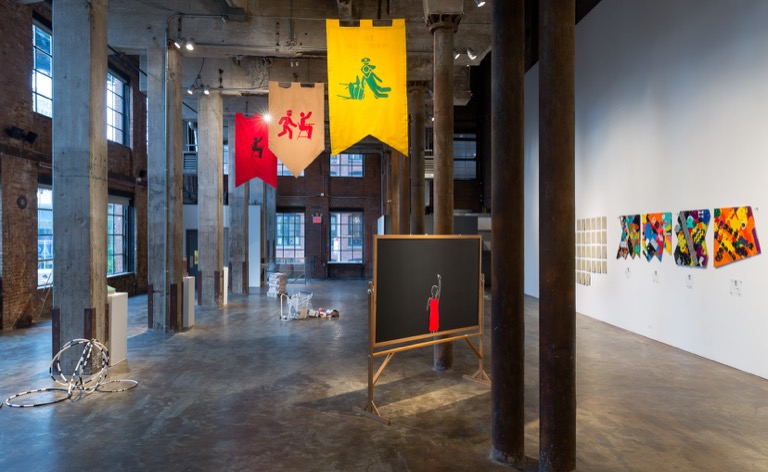 “This show is a part of a series that look at the roots of systemic racism through the documentation of legislation and politics that has helped sustain systemic racism,” Fuller explains to Creators. “As a former schoolteacher, school segregation was something I really wanted to look at.” The second show in the series, Race and Revolution: Still Separate—Still Unequal, curated by Fuller and Larry Ossei-Mensah, features works of photography, installation, video, and works on paper that explore many different aspects of education inequality in America.

“Post election, I was really thinking about how to respond,” adds Ossei-Mensah. “I knew there would be a lot of art that confronted the moment, but what I wanted to do was really identify issues that have persisted in our society far longer than the 2016 election. Education affects all of us.”

What emerged in American life after Brown v. Board of Education is what legal scholars call “de facto” segregation, or segregation by fact of a student’s circumstances. The racial and economic grouping of American people into homogeneous communities in cities and counties across the country produce in reality, if not by law, segregated and resource-poor and -rich schools. Public schools are primarily funded through property tax schemes, and a student’s zip code determines the quality of their education. For Fuller’s former school in Bushwick, because the students lived in a neighborhood with a high concentration of low income Latino families, the schools serving them, without breaking the law, are predominantly Latino and resource-poor, resulting in dramatically diminished learning opportunities. 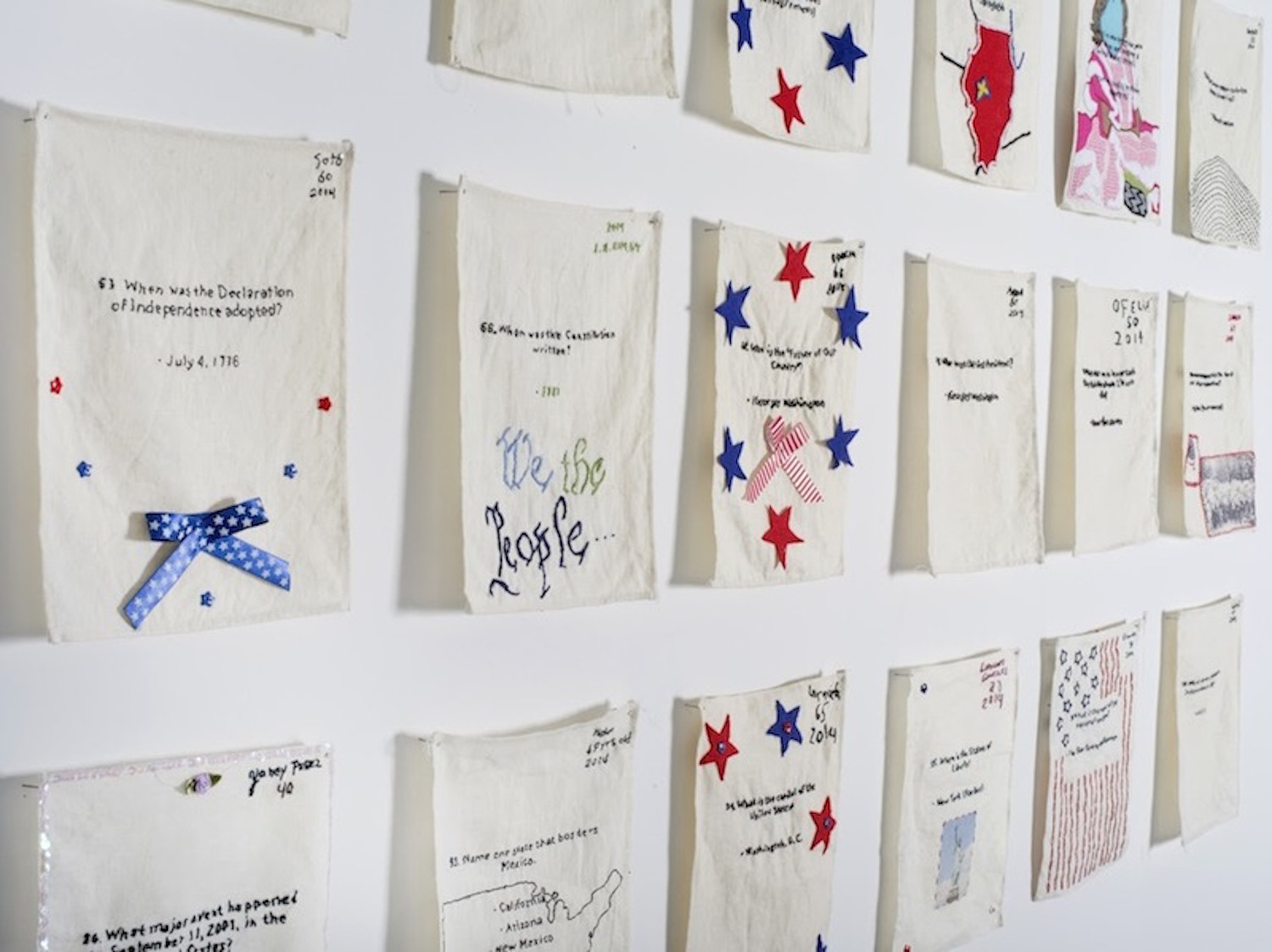 Race and Revolution: Still Separate—Still Unequal features mostly art made by teachers and a few students, offering searingly personal works. Carina D. Maye, an adjunct professor at Georgia State University, submitted artwork like Literacy Test and Teaching from Test, exploring the inequality embedded in standardized testing. JC Lenochan, a high school art history teacher, created a wall installation posing two questions on a chalkboard: “What was your race moment?” and “What was your class moment?” The questions prompt viewers to seriously consider the implications of race and class on educational outcomes and write them on the gallery walls. Uraline Septembre Hager, a special education teacher in New York City, shows a work titled Like Feeding a Dog His Own Tail, depicting a school desk enclosed behind black fencing, alluding to a jail cell. It touches on the reality that students who drop out of segregated schools often end up in prison. 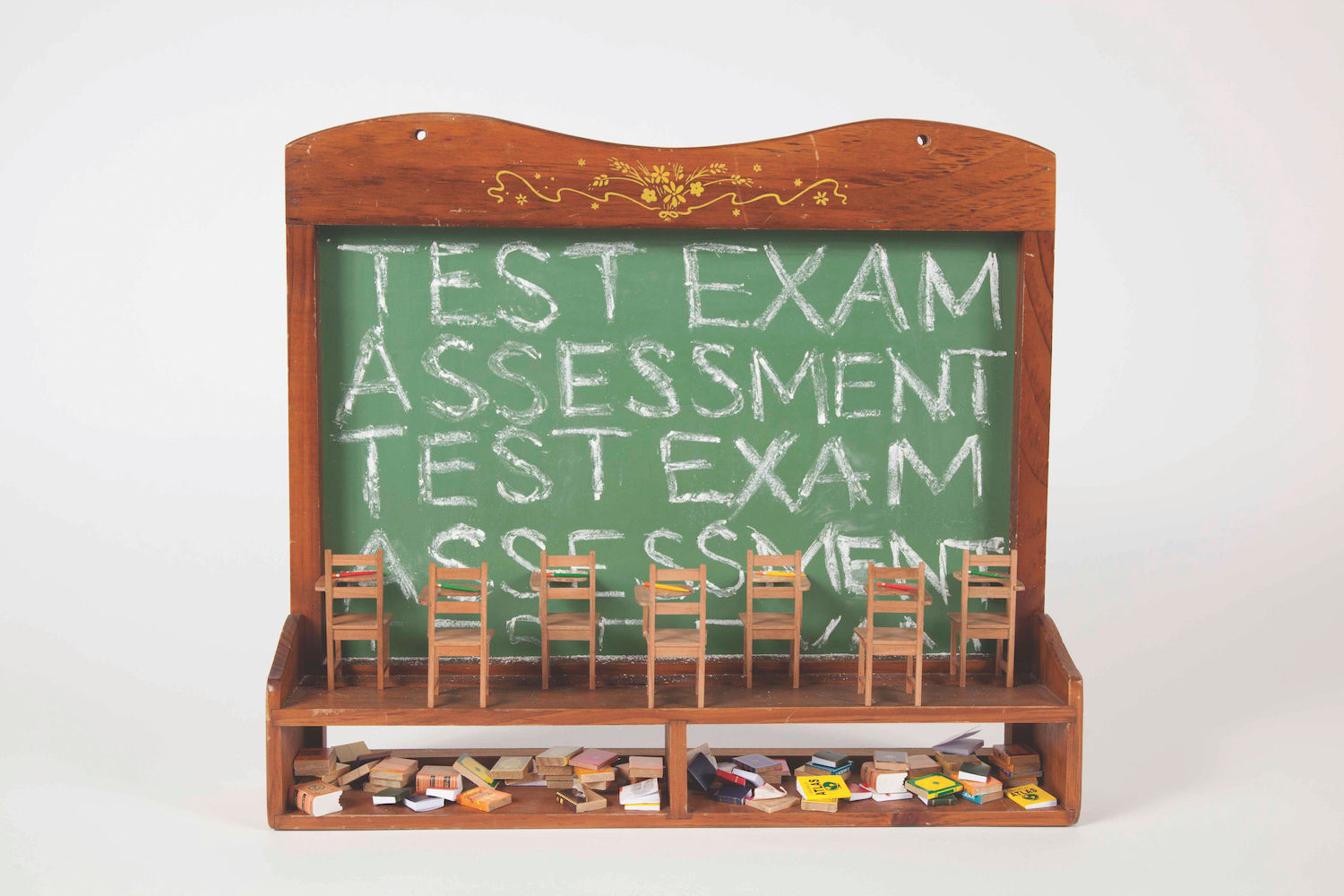 Fuller says, “We are presenting an exhibition and inviting people to have challenging conversations about education in this gallery space, which is a safe space.” Ossei-Mensah says, “This exhibition for me represents a platform for dialogue and discourse around this issue. A lot of times, curators put together shows with the hope that people like them. I am interested in people feeling something. Hopefully it triggers a memory or illuminates something the viewer wasn’t aware of so that they can go do something in their specific community.” 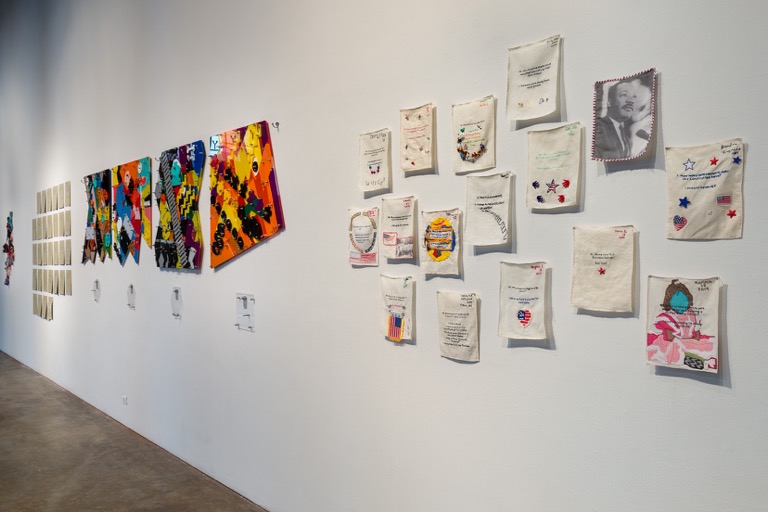 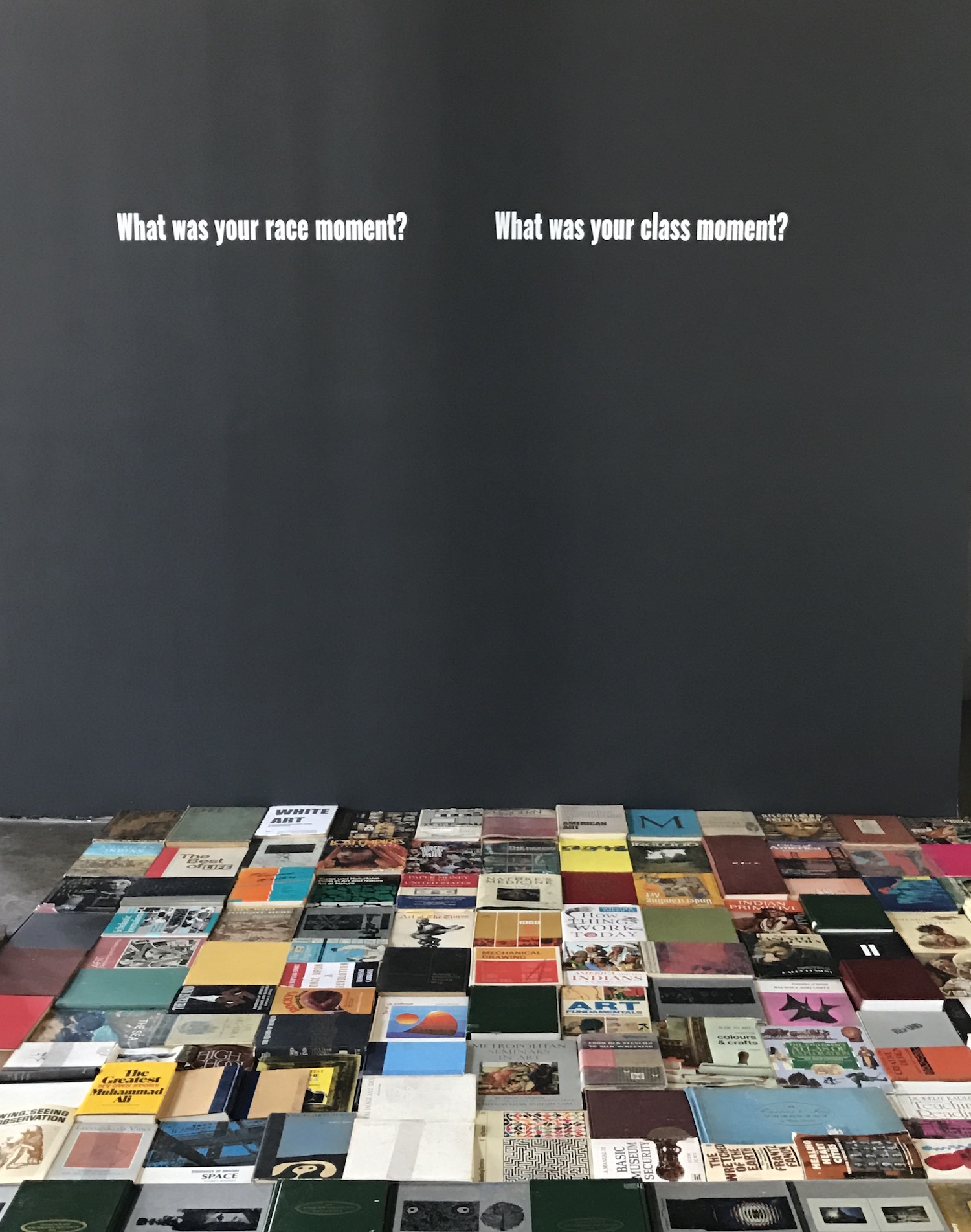 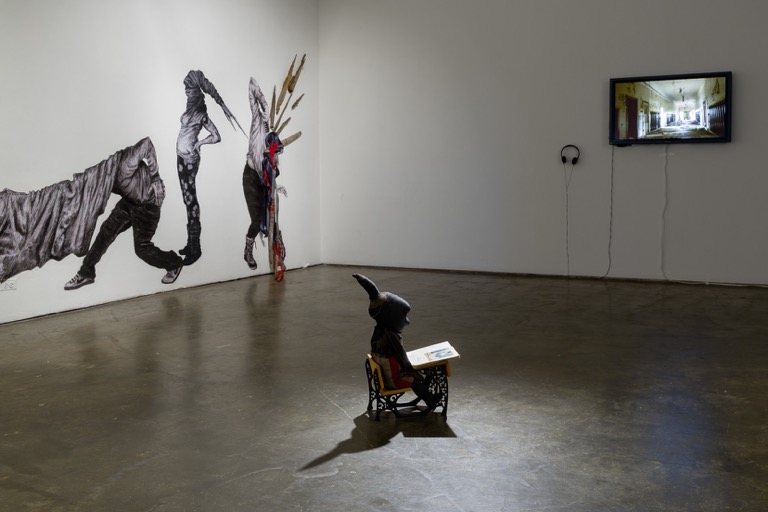 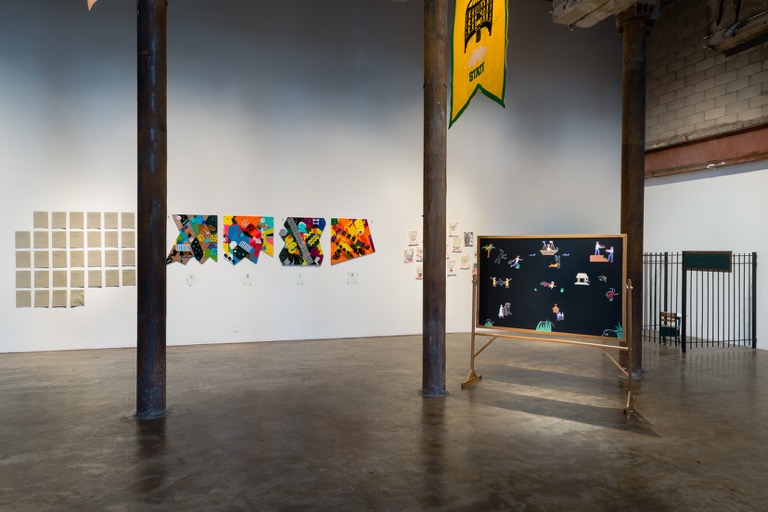