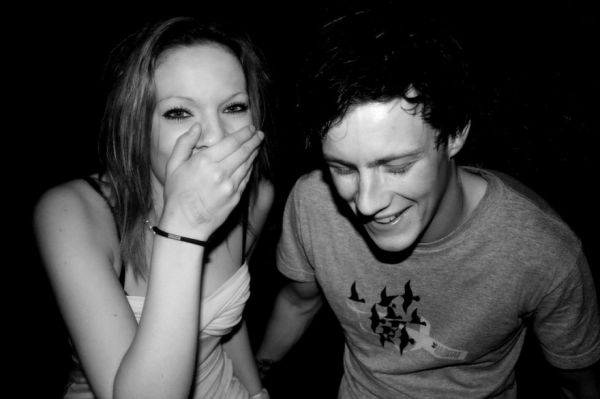 Findings from an online survey indicate that the funniest word in the English language is “fart.” We already knew that, but what makes it so funny? Professors Chris Westbury and Geoff Hollis of the University of Alberta conducted a study looking into the sounds, connotations, and other features of words that determine how funny they are.

They started with a list of 4,997 common words previously compiled by a team of psychologists at the University of Warwick in the U.K. and scored with funniness ratings by a panel of 800 online participants. The Warwick psychologists found that words like “booty,” “tinkle” and “nitwit” were consistently ranked as being very funny, while words like “pain,” “torture” and “deathbed” were ranked as being decidedly humorless.

Westbury and Hollis looked at each one of the nearly 5,000 words under a humorist microscope, categorizing them based on 20 different factors, including how long the word itself was, how positive or negative the word’s meaning was, how common each letter or combination of letters was in English, and whether the word contained a crude or profane-sounding string of characters within it (like “pike” and “bunghole,” for example).

We hate to break the news to them, but “bunghole” is already a crude word in its entirety, one we learned from President Johnson. Read what else the research found about the common factors in funny words at Live Science. -Thanks, Tim!

Rating A Formula for the Funniest Word in English is 5.0 / 5 Votes: 2
Please wait...
Loading...
Related articles