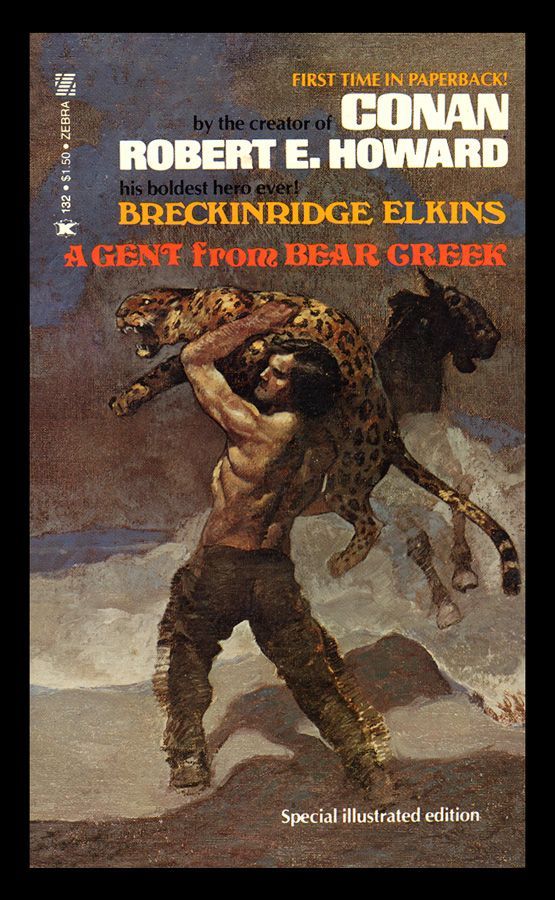 We’ve seen a lot of Robert E. Howard lately, and a good deal of his most famous character, Conan. Now let’s look at another of his famous characters, Breckinridge Elkins.

Howard was born and bred in Texas and so had a lot of the state’s culture, legends, and traditions at his disposal. As such, he created another character around which to write a series of popular short stories, this being Breckinridge Elkins, best described as a civilized Conan who used a horse pistol instead of a sword and buckskins instead of a breechclout.

But whereas his Conan stories are grim as death and full of murderous violence, his Elkins series are all humorous and Breckinridge never kills anyone, although he doesn’t mind banging his adversaries up a bit – “So I riz up and taken Joe by the neck and crotch and throwed him through a winder as gentle as I could, but I forgot about the hickory-wood bars which was nailed acrost it to keep the bears out. He took ‘em along with him, and that was how he got skint up like he did.”

Note that Howard wrote this series in a backwoods vernacular, as opposed to the perfect diction generally found in his other writing. He knew his markets, that is for sure.

This series proved to be so popular that Howard wrote more of them and even created a secondary character of the same nature, but there really wasn’t enough material to go around and this second character failed.

As we have seen with other of his writing, this work is in the public domain and may be downloaded or read online here.