As I’ve mentioned here before, when I was studying ID one of my (famous) design professors hated when people redesigned an existing object to be made from a different material. He’d surely hate this table, but I’d like to hear what you think. 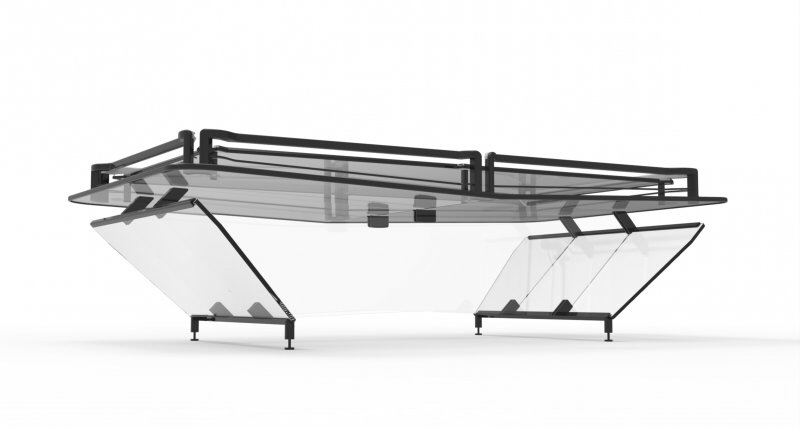 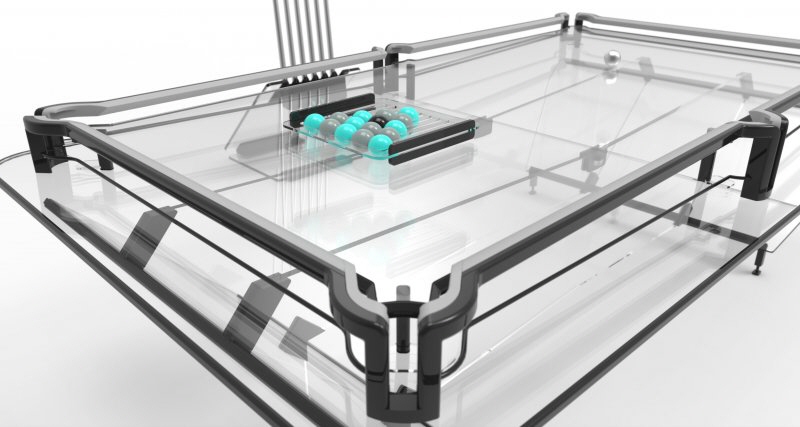 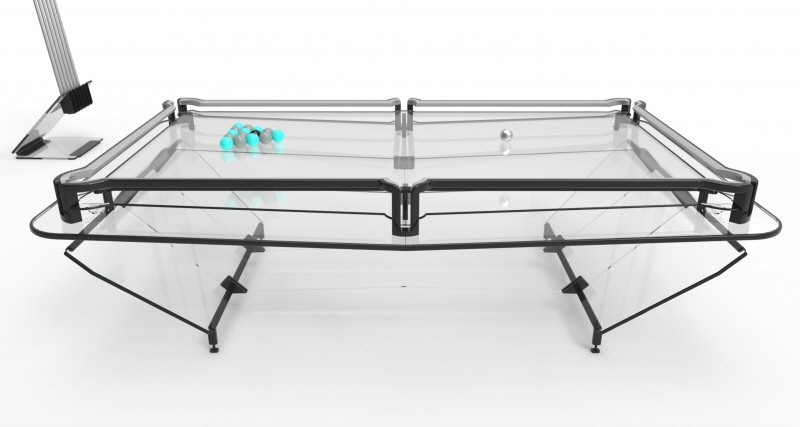 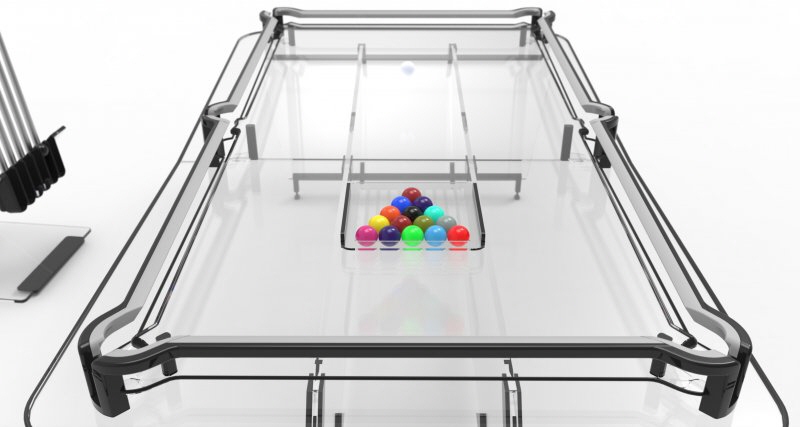 As you can see it’s made of glass, and the billiards players among you are probably wondering how that’s possible; felt-over-slate it ain’t. Well, EI has patented a proprietary finish called Vitrik, “a coating and mesh multi-layer combination, fixed to the glass, which allows the balls to roll silently at a near identical rate to a standard cloth table, plus spin (English) can be applied,” they write. “It’s highly durable, completely non-toxic and is 96% transparent.”

Here’s what the balls look like rolling on said surface:

So, here’s the thing. Not mentioned in the product copy, but buried in the FAQ is the fact that “Only balls supplied by Elite Innovations can be used on the Vitrik surface,” as they are coated in a corresponding finish that will not mar the surface of the table. The company has apparently not done a good job of making this clear: Five years ago a California man purchased the $73,000 G1, a predecessor to the X1 that’s also made of glass and coated in Vitrik, and began shooting pool on it with regular billiards. The result?

“[He] discovered to his horror that this left the table ‘scuffed, scratched, damaged—essentially destroyed,'” the man’s lawyer told ABC News, in describing the man’s subsequent $219,000 lawsuit against Nottage Design.

The X1 is pretty to look at and surely a status symbol as only five will be produced annually. But changing the material to glass and Vitrik does not confer any functional advantage, just novelty. And novelty eventually wears off. My purist professor would have lambasted this in crit; however, what’s your take on it?