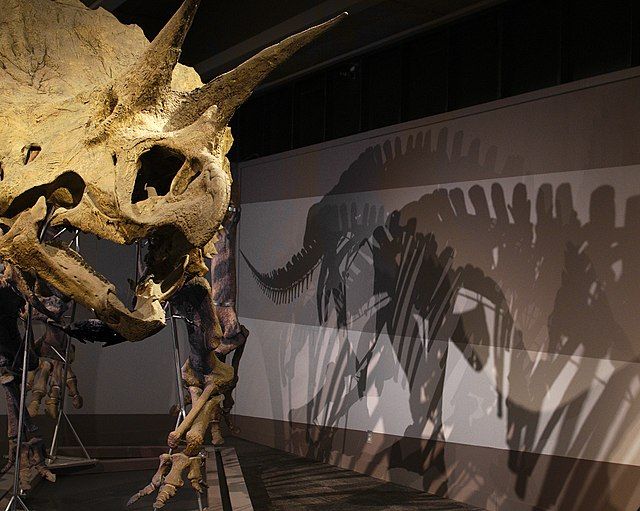 You’ve seen them in films, museums, picture books, toy stores, illustrations– the Triceratops, with its well-known three horns and massive size, is one of the best known dinosaur species. While its existence in pop culture is interesting, it’s also important to note that even a well-studied species such as the Triceratops presents a lot of intriguing questions up for debate. Science Focus details  some cool facts about the dinosaur:

“It’s a fabulous looking animal,” saysProf Paul Barrett, a palaeontologist at the Natural History Museum in London. “It’s kind of like a cross between a rhinoceros and a unicorn. For me, one of the reasons I like it is it almost looks like a heraldic beast. You can imagine having a Triceratops skull on your coat of arms.”

Triceratops had a big head. Its skull was one of the largest of any land animal known to science and particularly big relative to the size of its body. “It took up about a quarter of its whole body length, which is an unbelievably big skull,” says Barrett.

The skull is also what makes Triceratops so memorable, with itsbony frill and three dramatic horns. It’s easy to assume that its fearsome features were used in prehistoric battles with predators like the T. rex and while that may be true, their function is more complicated, says Barrett.

“As with many of the things we see in the natural world, there was probably more than one use of the horns,” he says. “I suspect they are something to do with signalling, for showing off to other Triceratops and potentially for shoving or battling contests over territory or mates or food resources.”

To learn more about this gigantic creature, check out the full guide here!