As part of a masterplan reimagining Cody Dock in East London, architect Thomas Randall-Page was inspired to create a modern version of the retractable rolling bridges first invented during the Industrial Revolution. The small-scale pedestrian bridge will use a system of hand-operated mechanisms and counterweights to rotate a full 180 degrees, accommodating boats and barges that need to pass underneath it.

“Rolling parallel to the channel it crosses, this design owes much to its Victorian forbears. They knew that moving large heavy structures efficiently requires that they are a balanced system and my design works on this same principle,” Randall-Page says. “Finished in painted steel the bridge design aims to be understated in its rest position but celebratory and playful in its movement creating a memorable event for spectators when operated.” 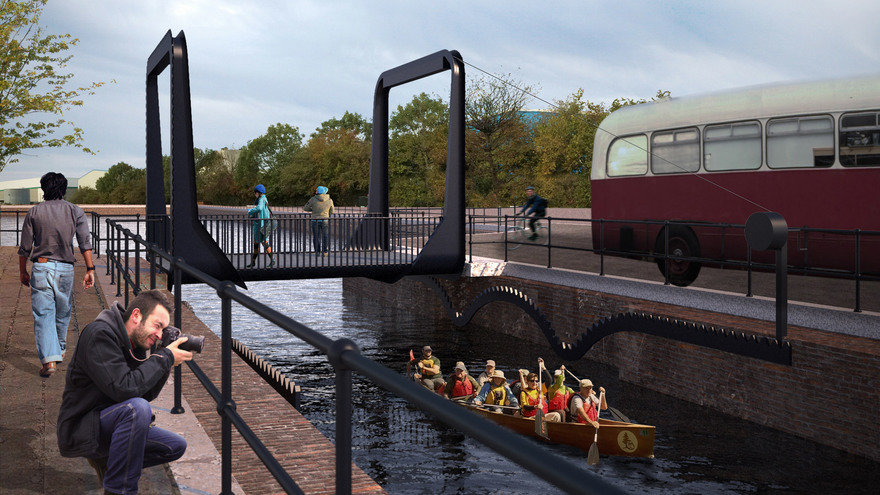 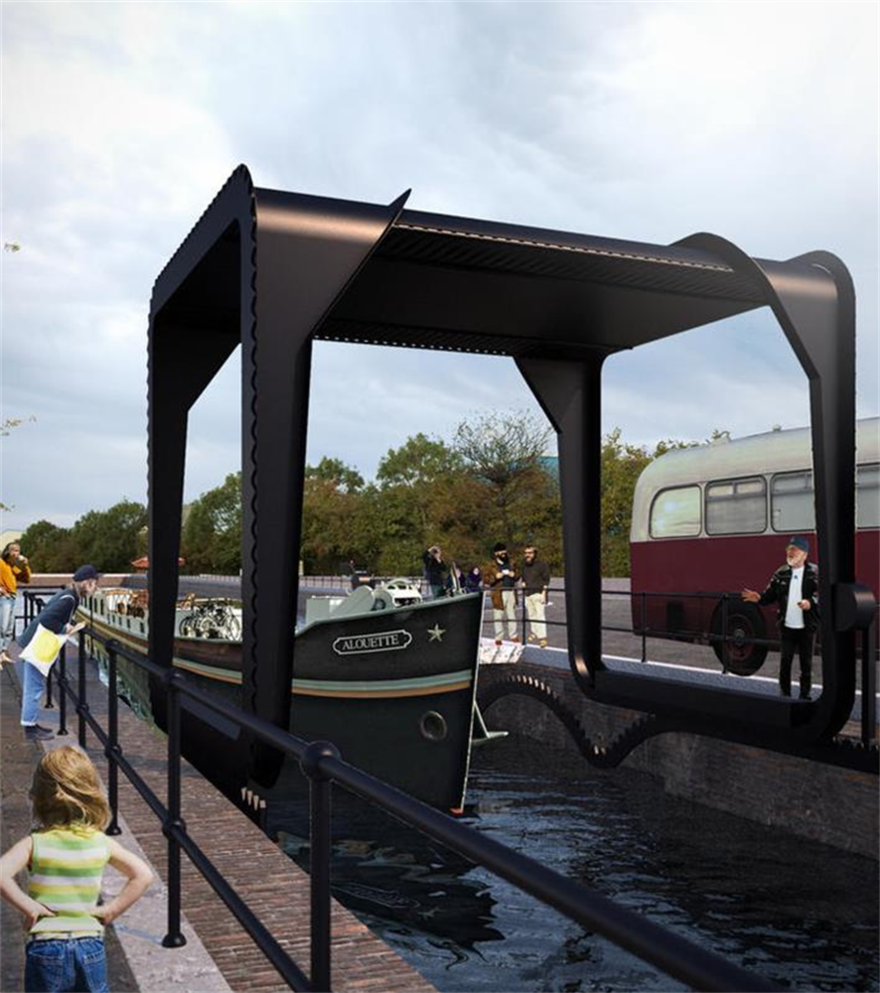 Teeth alongside the railings enable the bridge to be moved in a steady gear-like motion, while counterweights built into the rounded square frame add further stability and prevent it from getting stuck in a particular position. A single cable will attach the structure to a crank handle, allowing just one person to invert the bridge. All in all, it’ll be much easier to operate than other movable bridges.

Despite the nod to Victorian-era engineering, the project looks forward to the future of motion-based architecture, as Fast Company already noted, also citing the operable roof of New York City’s Shed museum as a recent example of the latest trends in kinetic architecture and responsive urban design.

Randall-Page has launched a crowdfunding campaign to raise funds for construction which will be part of a larger masterplan for the area—a former industrial neighborhood that hopes to become a new hub for creatives—by PUP Architects. The bridge will connect walking and biking paths on either side of the canal, increasing connections between planned artist studios, exhibition spaces, and fabrication workshops along the banks of the Lea River.