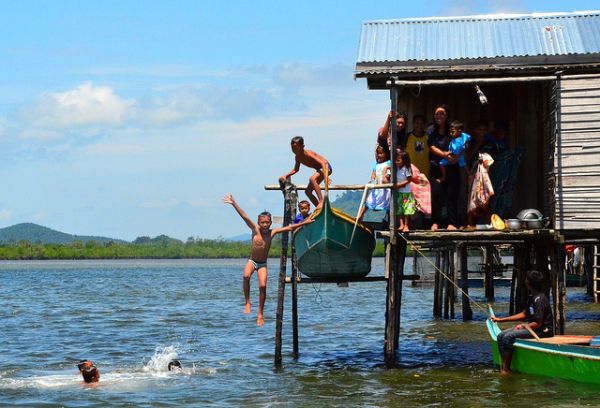 How long can you hold your breath? The Bajau people of Indonesia are sometimes called “Sea Nomads,” because they spend so much time in the ocean, hunting the sea creatures they live on. Bajau divers can spend up to 13 minutes underwater without scuba equipment! Melissa Ilardo, an American at the University of Copenhagen, went to Indonesia to find out what made Bajau divers so good at staying underwater.

She took genetic samples and did ultrasound scans, which showed that Bajau had spleens about 50 percent larger than the Saluan.

Spleens are important in diving — and are also enlarged in some seals — because they release more oxygen into the blood when the body is under stress, or a person is holding their breath underwater.

Spleens were larger in the Balau people whether they were regular divers or not, and further analysis of their DNA revealed why.

Among the 25 genes that differed from other populations was one that regulates a thyroid hormone that controls spleen size. Read more about Ilardo’s work at Yahoo. -via Boing Boing