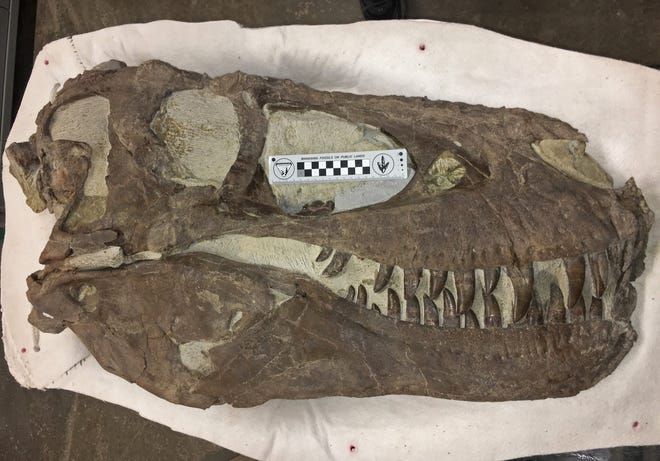 So what does this mean? The site could imply that the dinosaurs liked to travel in packs. Thanks to the discovery of the first T. rex mass death site in Utah, evidence of the species’ pack-like behavior was found. According to Dr. Joe Sertich, curator of dinosaurs at the Denver Museum of Nature & Science, the discovery “should be the tipping point for reconsidering how these top carnivores behaved and hunted across the northern hemisphere during the Cretaceous:”

In the past, paleontologists have long debated whether the huge dinosaurs lived and hunted alone or in groups.

However, with other findings of pack formations in Alberta, Canada, and Montana, the Utah finding may fossilize the belief of a social T. rex.

In the Canadian discovery, 12 individuals found over 20 years ago by Dr. Philip Currie, many scientists doubted T. rexes had the brainpower to organize into anything complex and thought it was an isolated case. Montana’s site built upon the social theory, but now this third site may bring more certainty to the idea.

Image via The Next Web