Near the village of Lympstone, in Devon, England, stands a unique 18th century property—a one of a kind 16-sided house built by two fiercely independent spinster cousins, Jane and Mary Parminter, after they returned from a decade-long tour of Europe.

Jane Parminter was the daughter of a wealthy Devon wine merchant. After her father’s death in 1784, Jane set off on a grand tour of Europe, as was the custom among upper-class Britons in those times, accompanied by her invalid sister Elizabeth, an orphaned cousin, Mary, and another female friend. Over several years these intrepid women explored France, Italy, Germany, Switzerland and possibly Spain and Portugal, before returning to England in 1795, upon which they decided to build a house to remind them of their travels and provide a home for all the souvenirs they had collected. 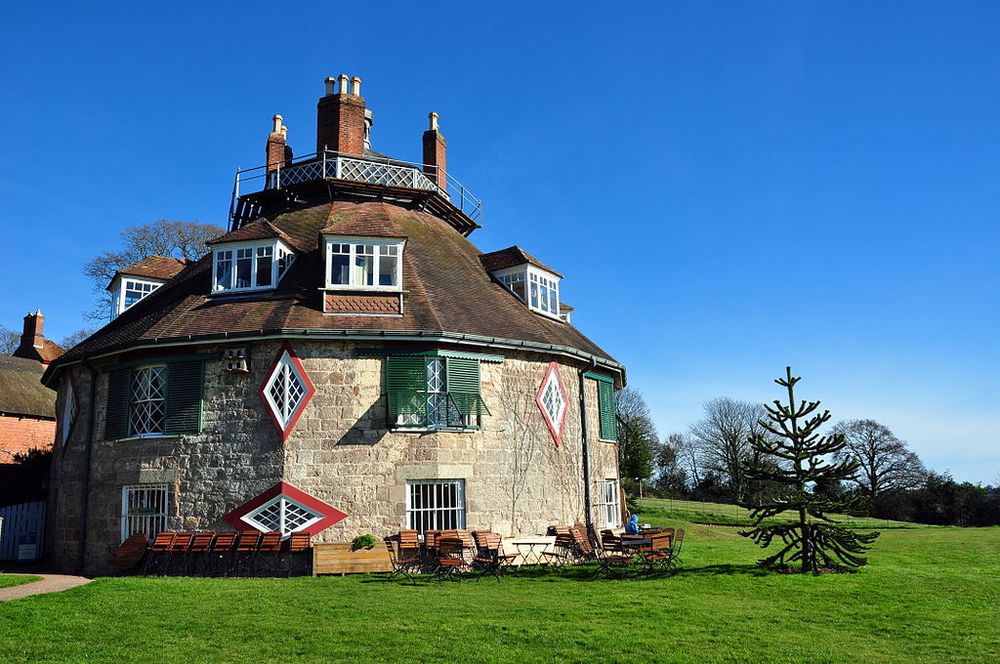