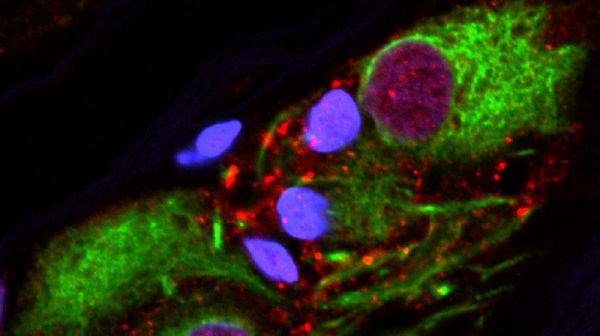 Parkinson’s Disease affects the nervous system, but it’s possible that it begins elsewhere. Scientists think that both genes and environment play a part in determining whether a person will develop Parkinson’s, and it’s possible that there are several different causes. A study of the medical records of 1.7 million people show a small but significant link between whether a person has an appendix and whether they develop Parkinson’s. Undergoing an appendectomy lowers your odds of ever getting the disease by 16.9%.

The international team of scientists reviewed two datasets, including a large registry from Sweden, and found that removal of the appendix was associated with a decreased risk of developing Parkinson’s disease. They also found that the human appendix contains clumps of a protein called alpha-synuclein in a form associated with the disease.

Alpha-synuclein is also found in Lewy bodies, which are brain clumps found in Parkinson’s patients. That’s no reason to go and have your appendix taken out, but the research may lead to further discoveries, and possibly treatments. Read more about this discovery at Gizmodo.

Rating A Link Between Parkinson's Disease and the Appendix is 5.0 / 5 Votes: 3
Please wait...
Loading...
Related articles