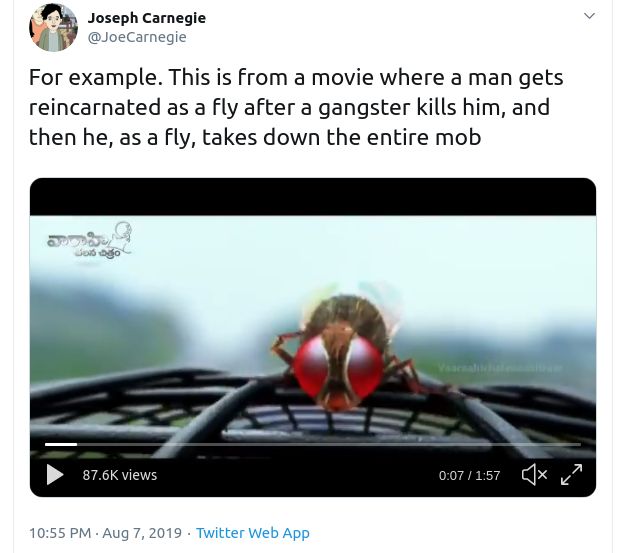 It’s a movie plot, actually. How would anyone know if the fly near you was once actually a human being?

Twitter user Joe Carnegie informed the Internet about SS Rajamouli, a Tollywood director (different Indian style and language from Bollywood) the director of the movie where that viral clip was from – where a man gets killed by a gangster, and then after being reincarnated as a fly gets his revenge (as a fly, I might add). This unique plot added with the whole movie’s aesthetic attracted the eyes of the Internet, and maybe even yours after this!

Rating A Man Gets Reincarnated As A Fly, Proceeds To Take Down An Entire Mob As The Fly is 5.0 / 5 Votes: 5
Please wait...
Loading...
Related articles