The fate of a beautiful, avant-garde mosque in the Iranian capital Tehran hangs in balance as the city decides what to do with the partially completed structure. The new Vali-e-Asr mosque that was supposed to open last summer has drawn the ire of Iranian hardliners who are refusing to recognize it as a mosque because it does not have a minaret or a dome.

The daring mosque was designed by Iranian architects Reza Daneshmir and Catherine Spiridonoff, co-founders of Fluid Motion Architects, who won the commission for its design way back in 2008. Because the new mosque was set to stand next to Tehran's City Theater—a spectacular tiled circular structure built before the 1979 revolution—the architect couple picked a modern design which they thought would blend harmoniously with its older neighbor. A curvaceous roof sweeps from the ground towards the Qibla, located in the direction of Mecca, while narrow slit-like windows embedded on the wave-like structure allows light inside. The building doesn’t have any of the traditional architectural elements of a mosque, such as minarets and domes. 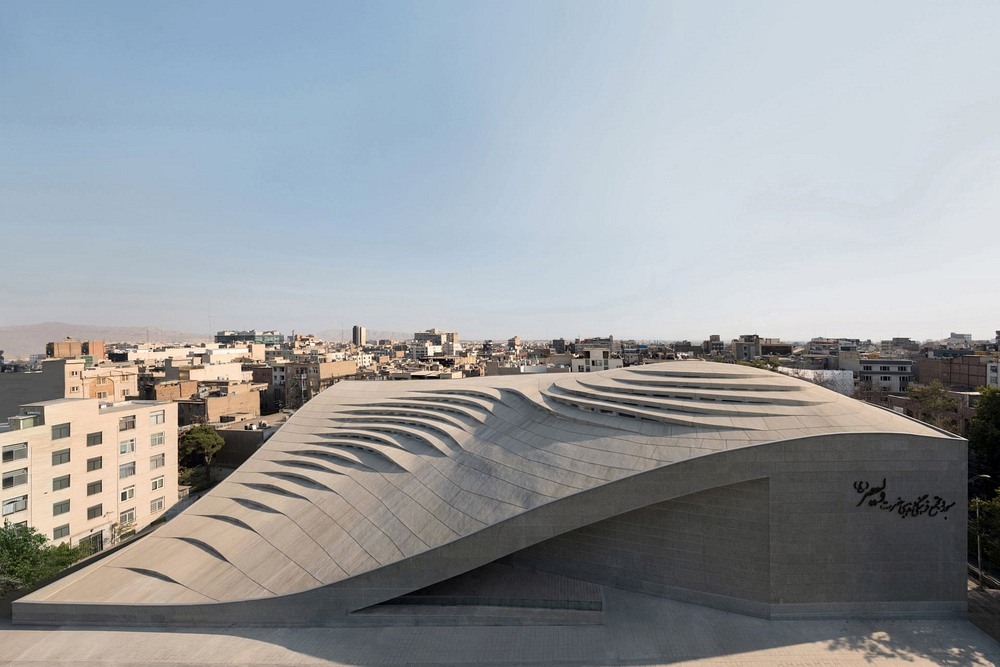