On the morning of July 29, 1953, John J. O'Neill, science editor of the New York Herald Tribune turned his telescope, a 4-inch refractor, towards the moon and began studying the western rim of Mare Crisium, a vast oval-shaped plain more than five hundred kilometers in diameter with a flat floor and a ring of wrinkle ridges around its boundaries. The low sun hit the region’s lofty peaks and exaggerated their heights and at the same time created tiny islands of light in a black sea of shadow. But O'Neill’s attention was drawn towards another sliver of light, that appeared to breach through a tiny gap between the tips of two lunar headlands. After studying the feature for some time, O’Neill was convinced it was a gigantic natural bridge, arching over a gap like one of the stony marvels in the American Southwest. Except it was bigger than anything Earth had ever seen. O'Neill estimated the land bridge to be about 19 kilometer in length. For comparison, the longest natural arches on earth is just over 300 feet, or less than 100 meters. 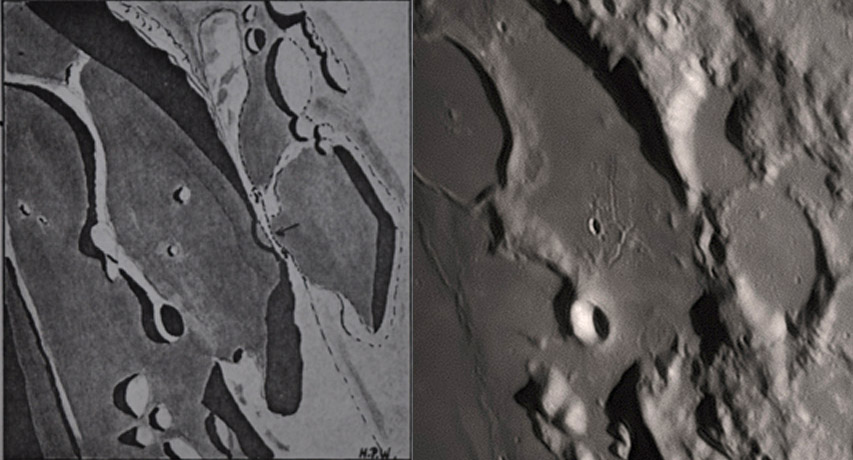