America’s often hypocritical social mores mean that breast feeding in public is not as tolerated as it is in, say, Europe. For this reason, American women who start off breast feeding a child at home often give up when they’re out in the world with that child. Privacy is required, but difficult to find, and your average bathroom does not have the right set-up for breast feeding and/or pumping.

“After having pumped at trade shows, airports, corporate retreats, baseball games, and even the back seat of a male client’s car, we decided enough was enough,” writes Christine Dodson and Sascha Mayer, the entrepreneurs and co-founders of Mamava. 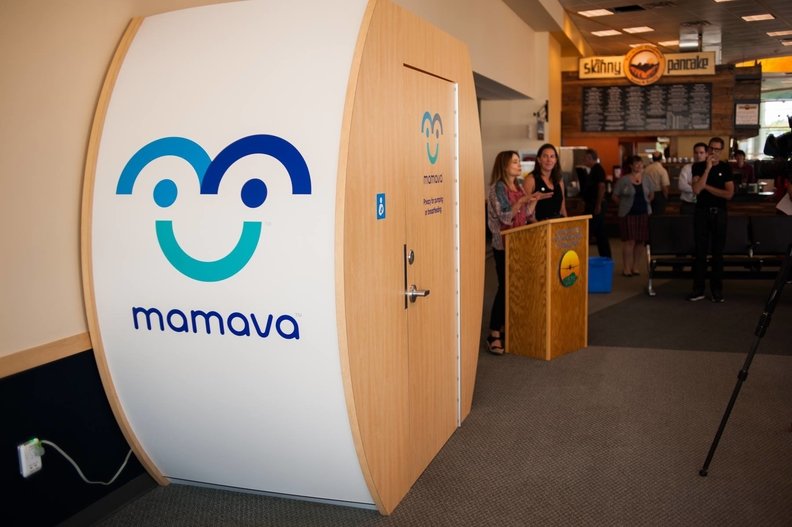 Mamava is a Vermont-based company that produces a variety of designs for lactation pods. Their Inflatable model is a portable lactation pods for events: 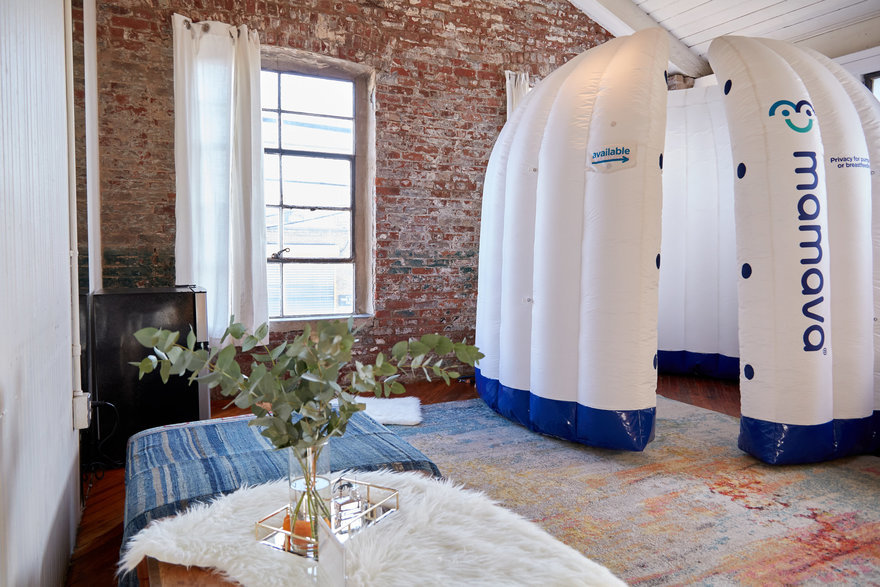 The Mamava Mini, produced by Steelcase, is designed for workplaces and features power outlets and USB ports, as well as adjustable lighting and airflow: 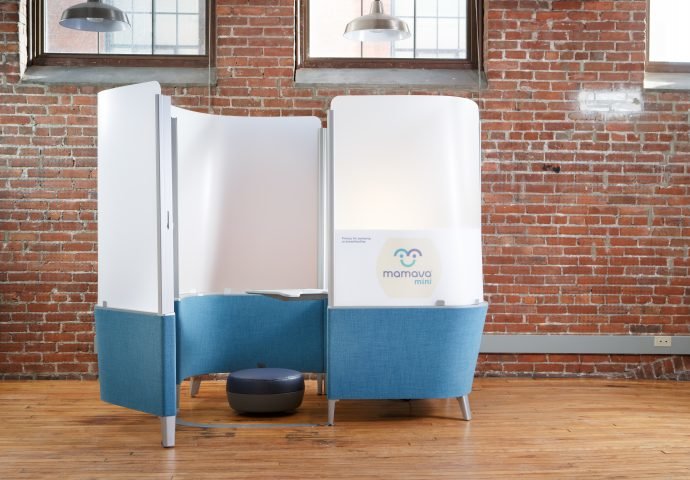 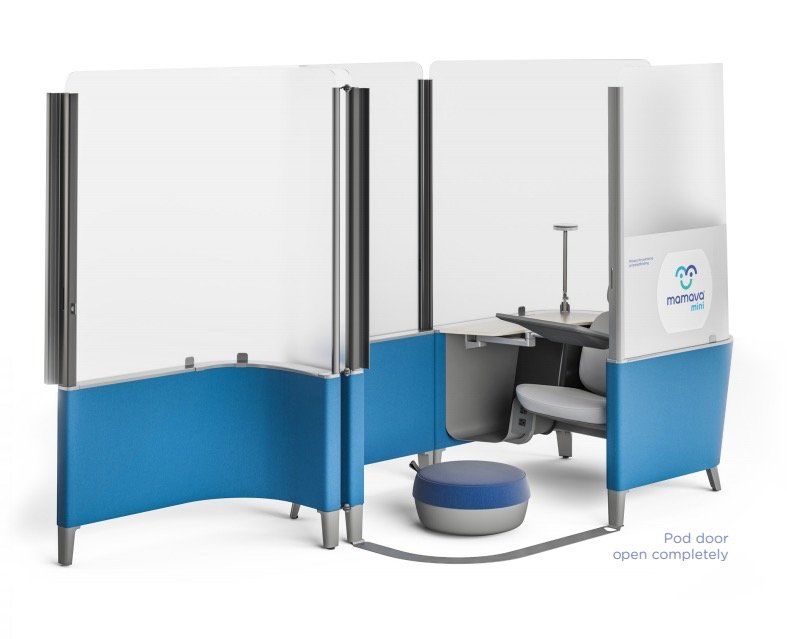 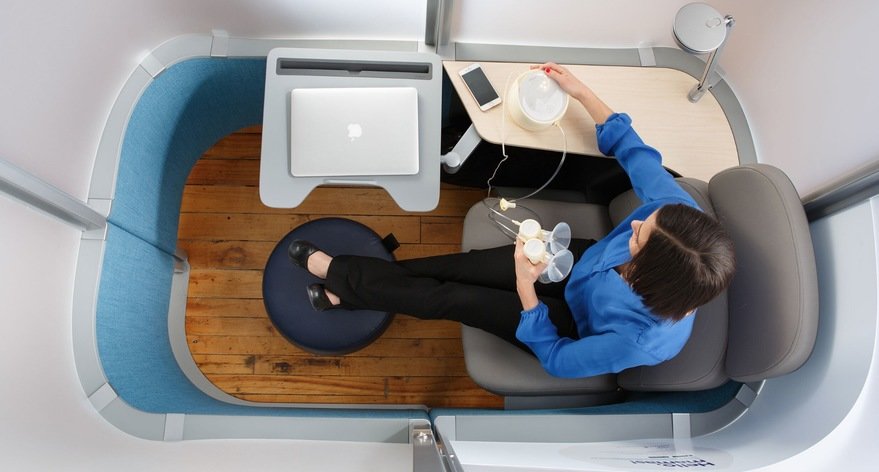 The fully-enclosed Mamava Solo provides the same features as the Mini but with greater privacy and a more compact footprint, with 14.5 square feet versus the Mini’s 22 square feet: 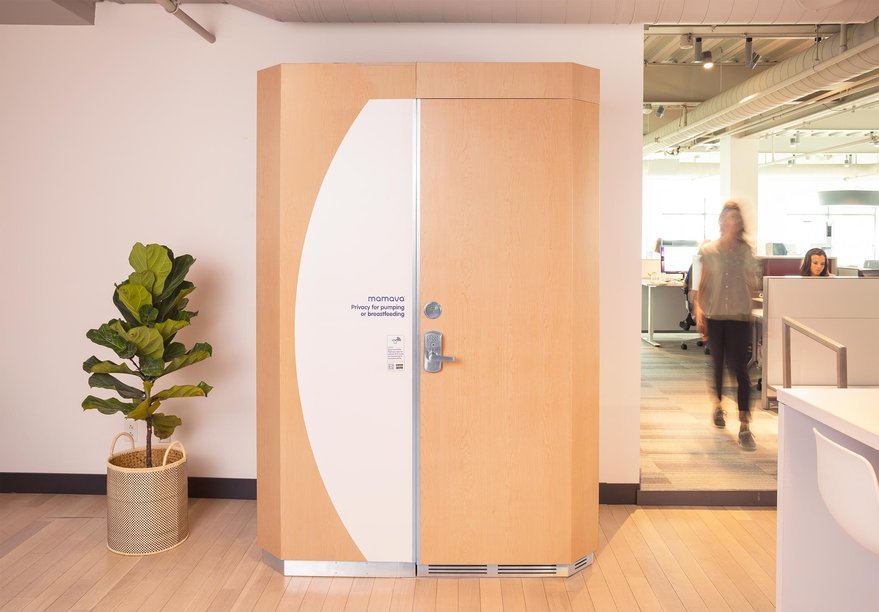 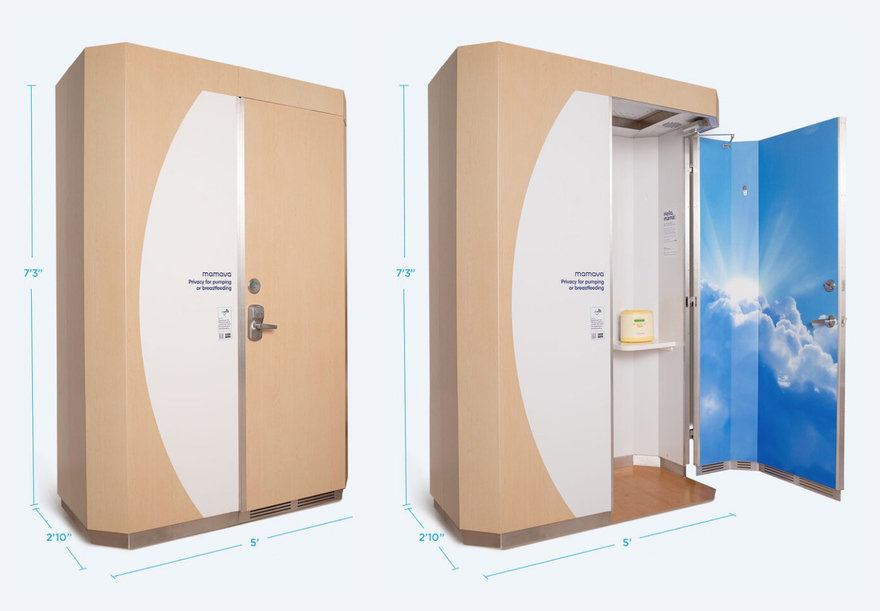 The model you’re most likely to have seen out in the world is the Mamava Original or the larger, wheelchair-friendly and ADA-compliant Mamava ADA: 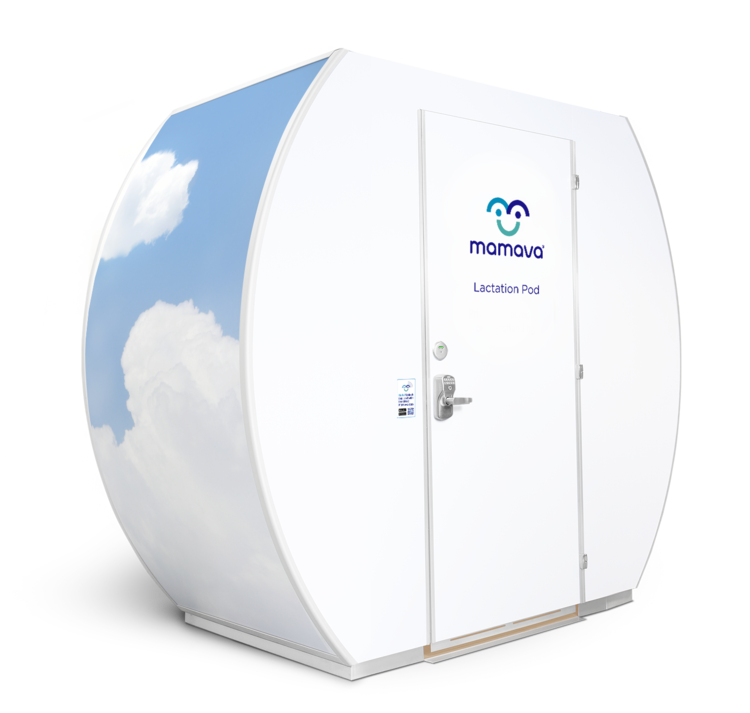 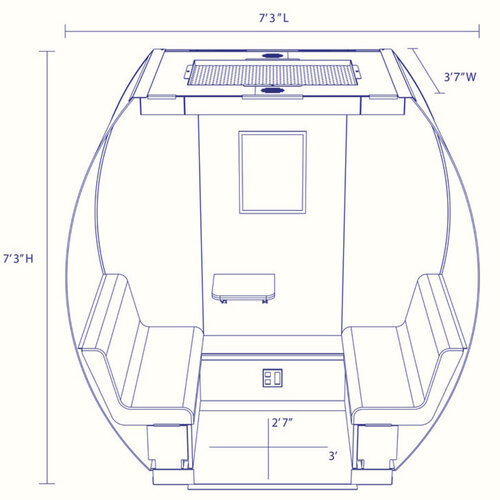 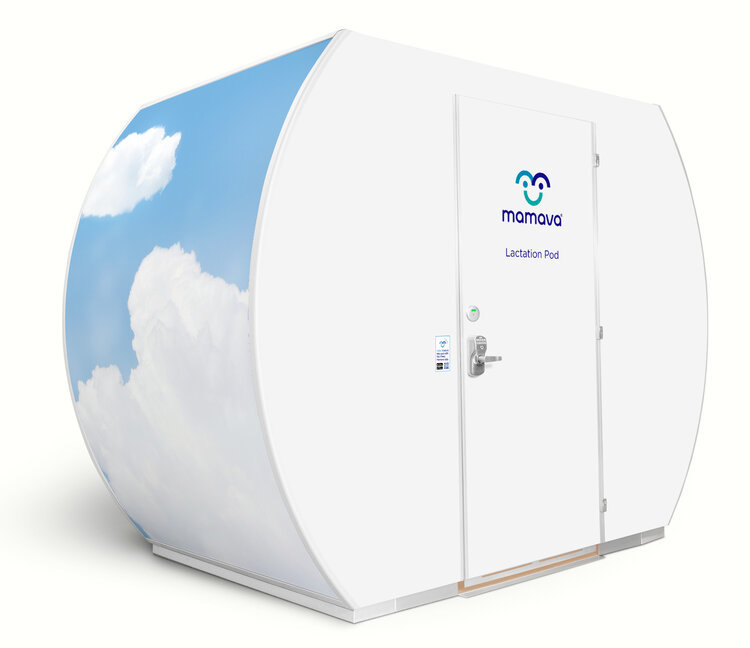 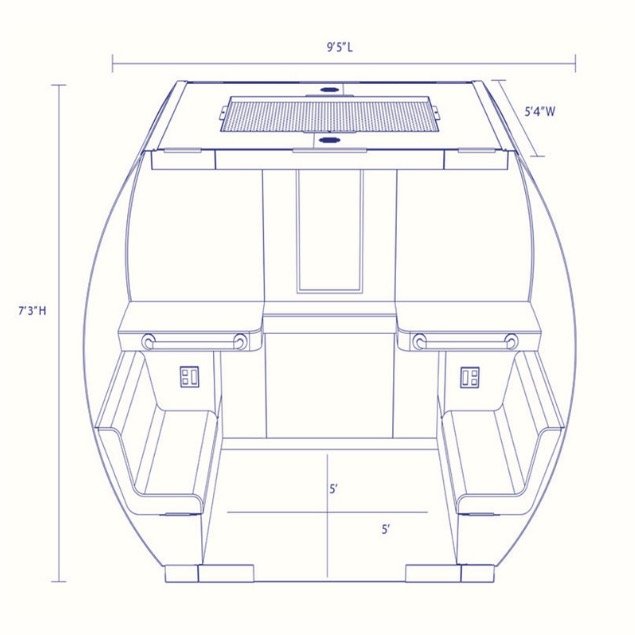 In recent years Mamava’s pods have seen uptake at airports, sports stadiums and workplaces. And this summer they’ve cracked a new market: Retail spaces. Walmart has recently announced they’ll be the first retail outlet to install Mamava pods (for usage by both customers and employees) at their stores. 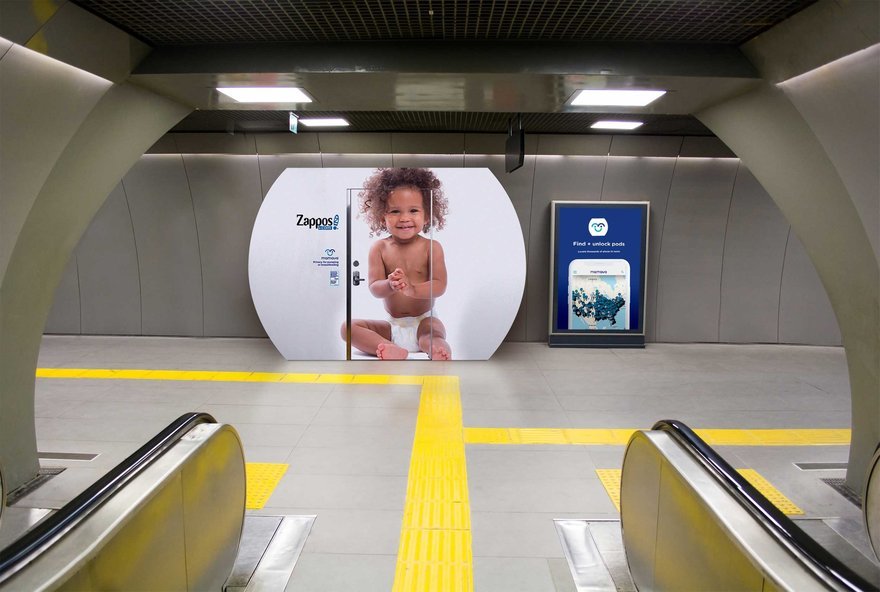 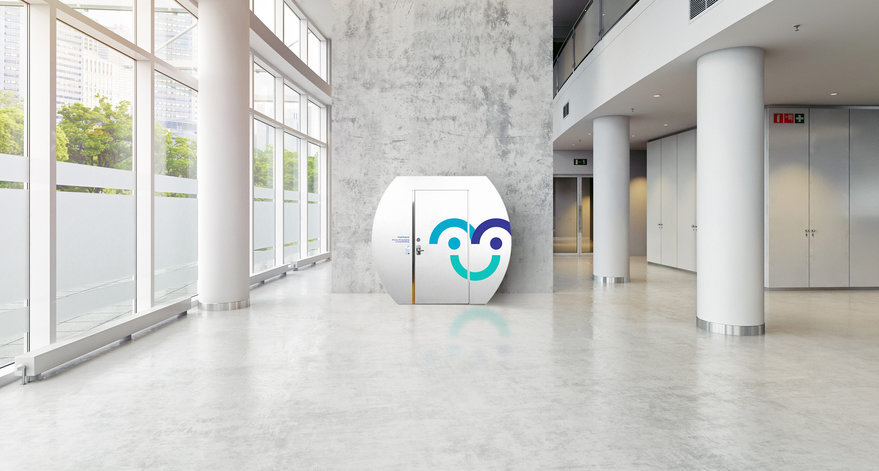 What’s worth noting is how Mamava pods were first created and how they’ve spread: Both were realized by the relevant parties using their own personal agency to make it happen. Dodson and Mayer created the company based on their own experiences. Kevin Warren, Chief Operating Officer for the Minnesota Vikings, told Cosmopolitan that a new mother and employee of his mentioned that “the team needed to do better for female employees, guests, and fans who needed to nurse or pump breast milk;” when Warren later spotted a Mamava pod at an airport, he reached out to the company and arranged to have the pods installed at Minnesota’s TCF Bank Stadium.

As for Walmart, Tenille Webb (pictured), a new mother and the company’s Senior Business Relations Manager, also spotted a Mamava pod at an airport and convinced her employer to start the pilot program. Walmart subsequently ordered 100 units for their retail and distribution centers to try them out. 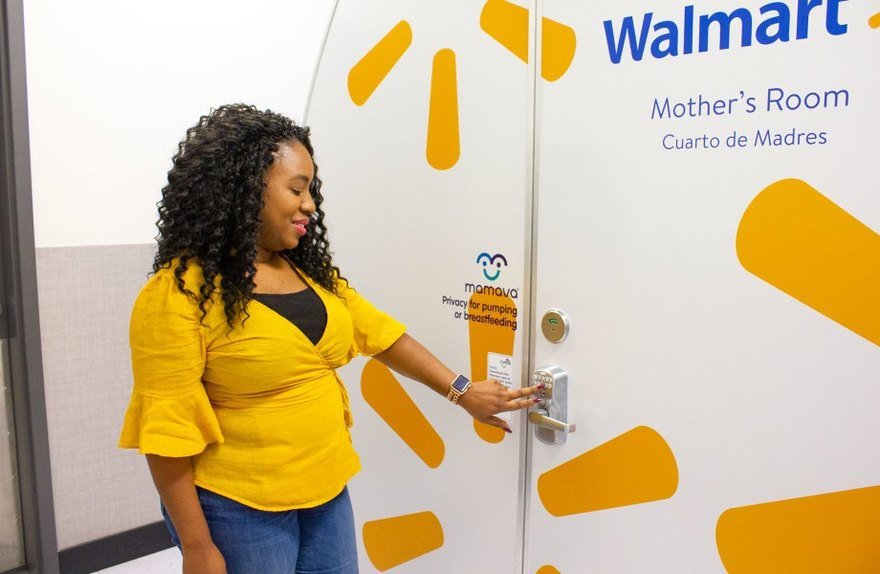 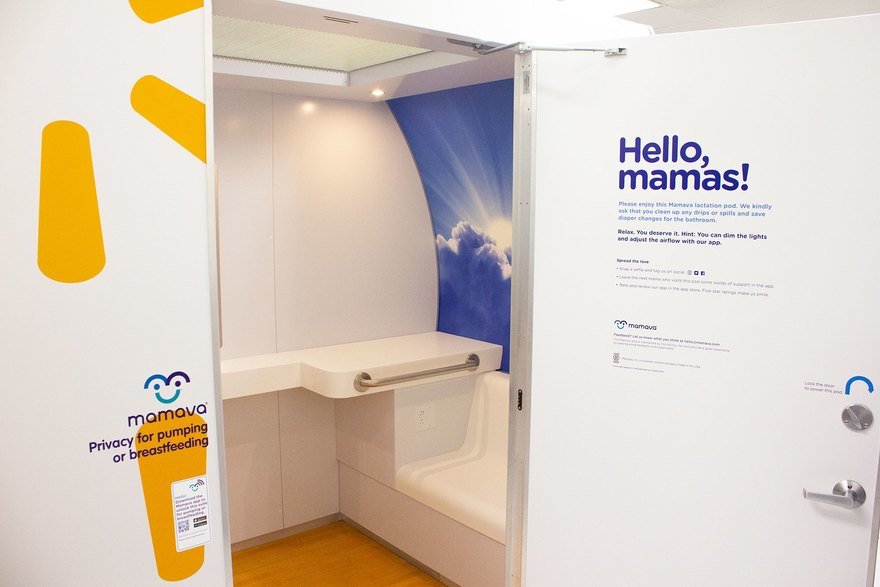 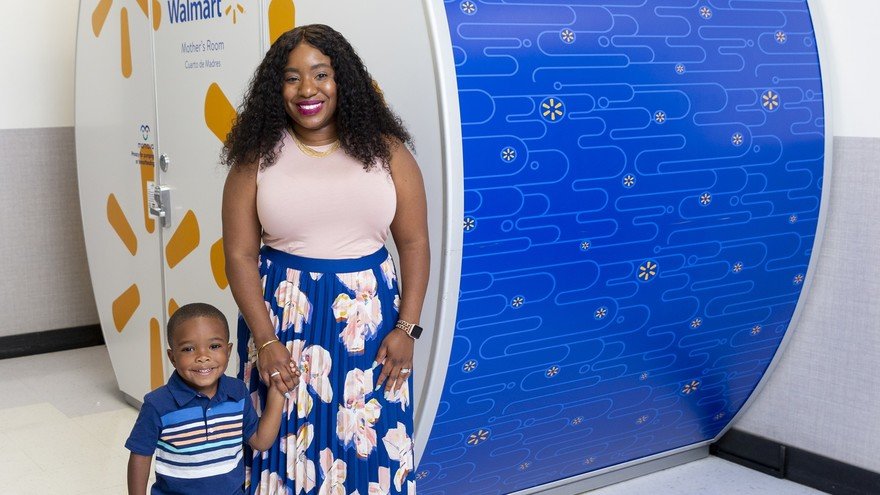 So, just a reminder: If you’re a member of an underserved community and see something you need, see if you can create it yourself, or find it in the marketplace and advocate for it with those who can make it happen. If the people mentioned here hadn’t stepped up, Mamava’s designs wouldn’t have gotten to where they are today.

Women Confront This Creep Taking Pics And Videos Of Them At The Pool, But Some Say It’s Legal Since It’s A ‘Public Space’