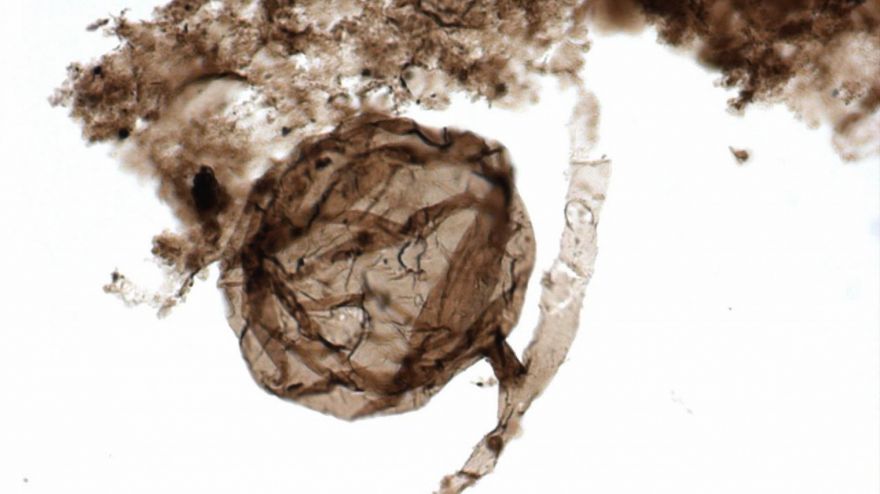 The discovery, announced on Wednesday in Nature, not only pushes the fossil record of fungi back by about 600 million years, it also suggests that other eukaryotic organisms—a group that includes complex multicellular life-forms like animals—may have originated around the same time as O. giraldae, in the mid-Proterozoic age.

“Fungi are, in the ‘tree of life,’ the closest relative to animals,” Loron told Motherboard in an email. “This is reshaping our vision of the world because those two groups, as well as other eukaryotic groups like algae, are still present today.”

“Therefore, this distant past, although very different from today, may have been much more ‘modern’ than we thought,” he said.

Prior to this discovery, the oldest known fungi fossils came from the Rhynie chert, a Scottish site that dates back roughly 400 million years. Scientists have also presented possible fungi fossils predating the Cambrian explosion, a sudden proliferation of complex life that occurred 541 million years ago, but those specimens are not considered to be definitive proof of Precambrian fungi.

Are we getting closer to knowing the origin of life on Earth?