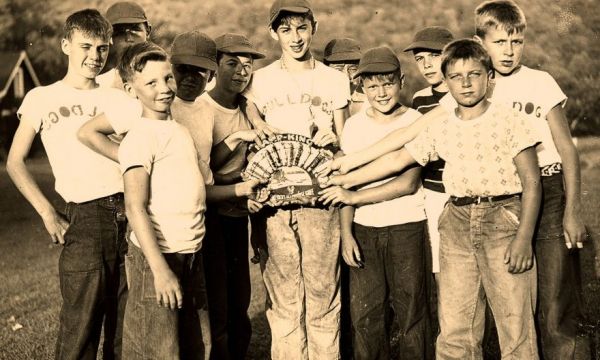 Harvard psychologist Muzafer Sherif was fascinated by group dynamics, and wanted to experiment with social psychology. In 1953, a year before William Golding’s Lord of the Flies was published, he set up a summer camp called Middle Grove for 11-year-old boys and manipulated them into forming two opposing groups. He set them up to hate each other, and then planned a fake emergency to see if they would cooperate to overcome it.

Despite his pretence of leaving the 11-year-olds to their own devices, Sherif and his research staff, posing as camp counsellors and caretakers, interfered to engineer the result they wanted. He believed he could make the two groups, called the Pythons and the Panthers, sworn enemies via a series of well-timed “frustration exercises”. These included his assistants stealing items of clothing from the boys’ tents and cutting the rope that held up the Panthers’ homemade flag, in the hope they would blame the Pythons. One of the researchers crushed the Panthers’ tent, flung their suitcases into the bushes and broke a boy’s beloved ukulele. To Sherif’s dismay, however, the children just couldn’t be persuaded to hate each other.

After losing a tug-of-war, the Pythons declared that the Panthers were in fact the better team and deserved to win. The boys concluded that the missing clothes were the result of a mix-up at the laundry. And, after each of the Pythons swore on a Bible that they didn’t cut down the Panthers’ flag, any conflict “fizzled”. By the time of the incident with the suitcases and the ukulele, the boys had worked out that they were being manipulated. Instead of turning on each other, they helped put the tent back up and eyed their “camp counsellors” with suspicion. “Maybe you just wanted to see what our reactions would be,” one of them said.

When the first experiment didn’t turn out they way Sherif expected, he held a second summer camp the next year at Robber’s Cave where the experimenters manipulated the boys in a different way, and voilà! achieved the expected results. Gina Perry’s new book The Lost Boys looks at the process and the ethics of the Robber’s Cave experiment, and its lasting legacy.

You can read an excerpt from the book The Lost Boys here. -Thanks, WTM!

Rating A Real-life <i>Lord of the Flies</i>: the Troubling Legacy of the Robbers Cave Experiment is 5.0 / 5 Votes: 1
Please wait...
Loading...
Related articles