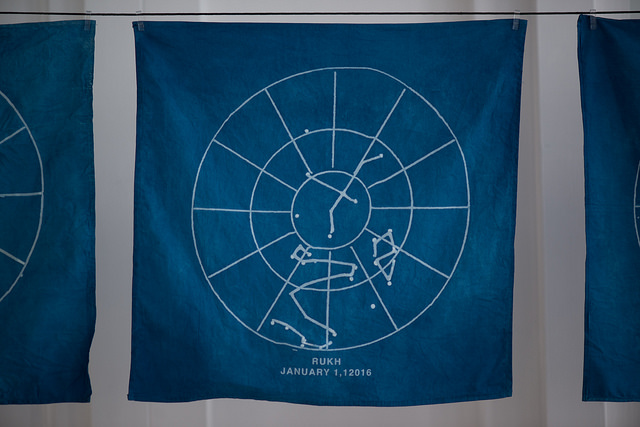 Those in the northern hemisphere know that the North Star, Polaris, is a useful tool of navigation. But few know that, because of changes in Earth’s axial rotation, Polaris hasn’t always been—nor will it remain—the North Star. This lies at the heart of a new exhibition titled Deep Future, which features robotically-drawn celestial maps of what the North Star will be every 10,000 years for the next 100,000.

Deep Future first premiered at Hotel Droog in Amsterdam in 2015, but is now on at The Museum of Tomorrow in Rio de Janeiro, with all ten drawings together for the first time. With it, the international design studio Tellart wanted to combine custom robotics and programming with the analog heritage crafts of beeswax, canvas, and indigo dyes. First, the custom-designed robotic drawing machine created the celestial illustrations by extruding beeswax onto canvas. Then Tellart dipped the canvas in indigo dye to give it the color of a traditional blue celestial night sky. 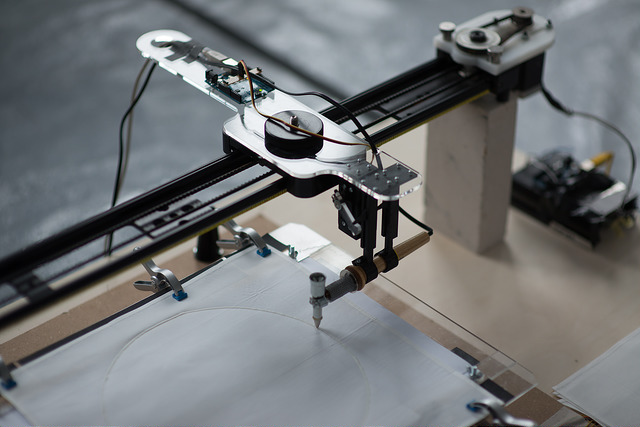 “We created our own software, based on existing open-source databases. to create new bespoke software that maps of the night sky over the North Pole, on New Year’s, at midnight for every 10,000 years,” Tellart’s Chief Design Officer, Matthew Cottam, tells The Creators Project. “We then wrote custom code to translate those vector visualizations into code to control the beeswax drawing robot.”

As Cottam explains, Deep Future grew out of two distinct forces. The first had to do with Tellart’s work over the last last four or five years on future foresight projects, particularly with the prime minister’s office in Dubai. There, they imagined how technology will impact not only future governance and citizenships, but design and culture. 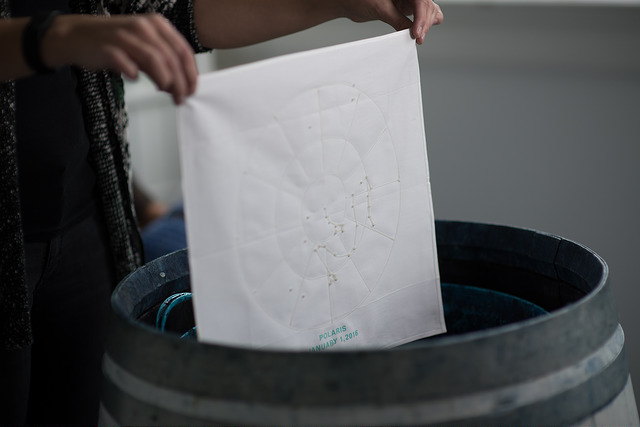 The other inspiration was Cottam’s sailing trip from the Azores in the mid-Atlantic to Portsmouth, England, during which he navigated primarily with a sextant, the stars, the sun, and the moon. In order to do this, Cottam had to really study celestial navigation and the celestial sphere.

“These two things colliding led us to realizing that there was an opportunity to create a picture of how the future will look in the future,” says Cottam. “Even the thing that we consider the most reliable navigation landmark, the North Star, is actually not so permanent. [W]e found this inspirational.” 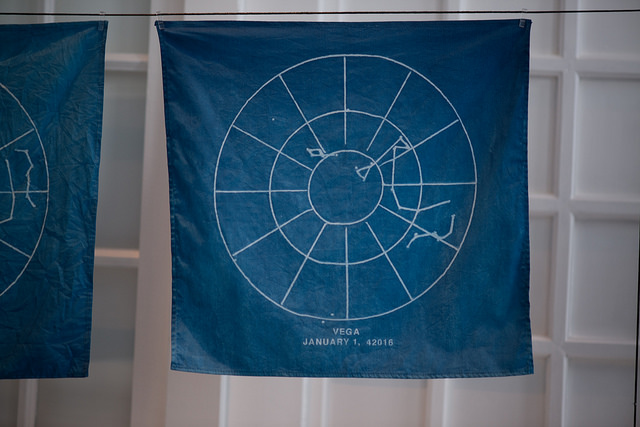 “Since we were doing this as a New Year’s experiment, we decided to make it about the sky will be different on New Year’s at midnight every 10,000 years for the next 100,000 years,” he adds. “But we wanted to create a set of poetic images that would reveal this ethereality of things that we assume to be permanent, and underline our interest in uncertainty, the future, and the importance of people being able to question it, negotiate it, and navigate it with some resources and information.”

Cottam and the rest of the Tellart team believe that design is an important process in conveying this kind of information to people. To get these ideas across to audiences, Tellart likes to combine natural, tangible, and earthly materials with the immaterial of digital imagery, data, and networks. 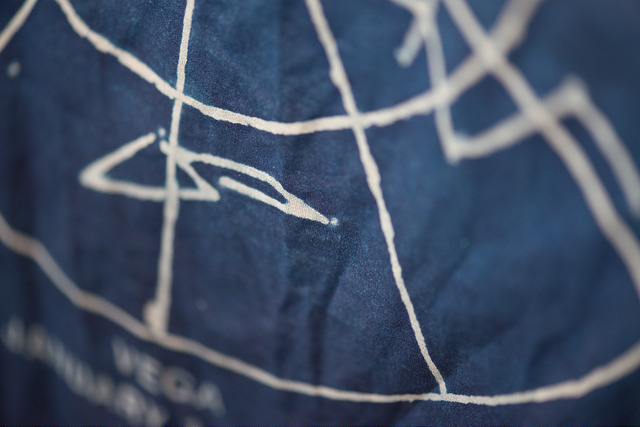 “As we look out at how things will change for human life on Earth, the further out we get in time the more unclear that picture becomes,” says Cottam. He references the futures cone, the idea that there are very likely future outcomes based on immediate indicators, as well as plausible ones based on many types of trends and drivers. Then there are possible futures that might not be very likely or plausible because of many competing opportunities that the human path may go down. 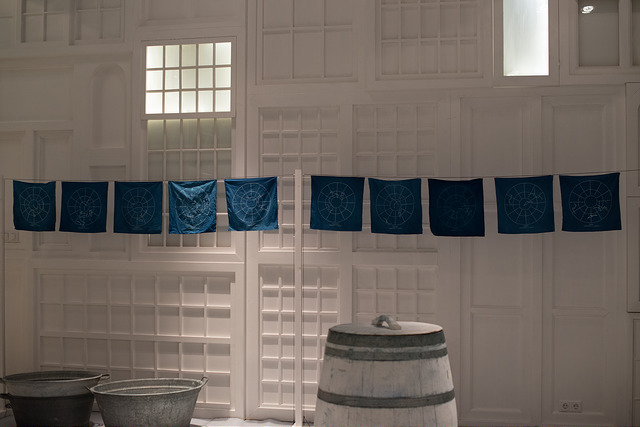 “The ‘deep future’ was just an idea of looking at this long runway of time in a very abstract and metaphorical way to try and show that there is increasing uncertainty as we move out into the future,” he says. “That the next time we stand on the North Pole the North Star may be the same, but as we move out it’s going to change and change again.”

Deep Future from Tellart on Vimeo.

Machine Draws Famous Mathematicians with the Math They Invented

A Painter Transformed a Gallery into a 35-Foot Galactic Universe