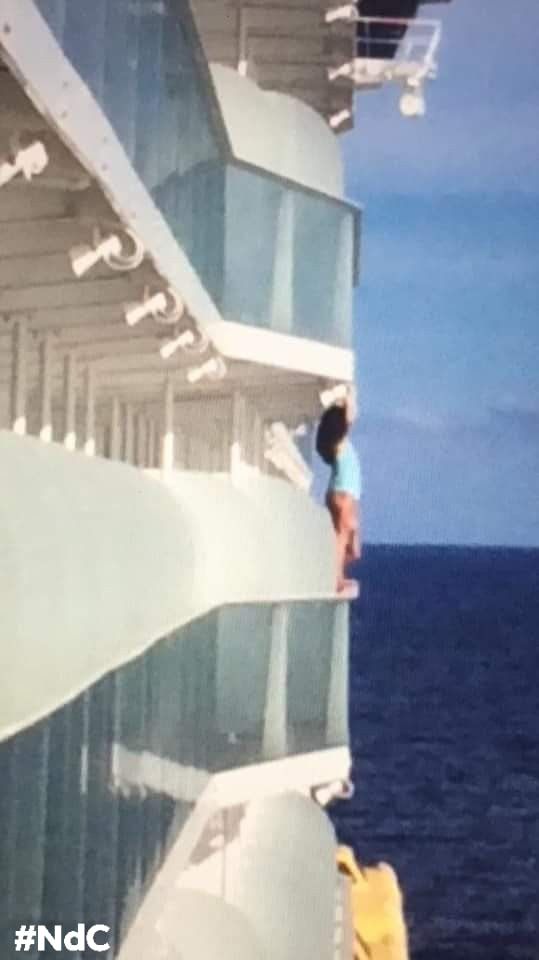 After posing for a selfie by standing on a ship railing, this Royal Carribean passenger, along with her companion, was banned for life from the company’s cruises.

Photos snapped by a fellow passenger some distance away show the unnamed woman in a light blue bathing suit on the outside edge of the Allure of the Seas with her hands over her head.

The Royal Carribean emailed a statement to Fast Company and stated that “security was notified and the guests were later debarked in Falmouth, Jamaica as a result of their actions and are now banned for life from sailing with Royal Caribbean.”

Glad to hear that the woman did not injure herself during her selfie.