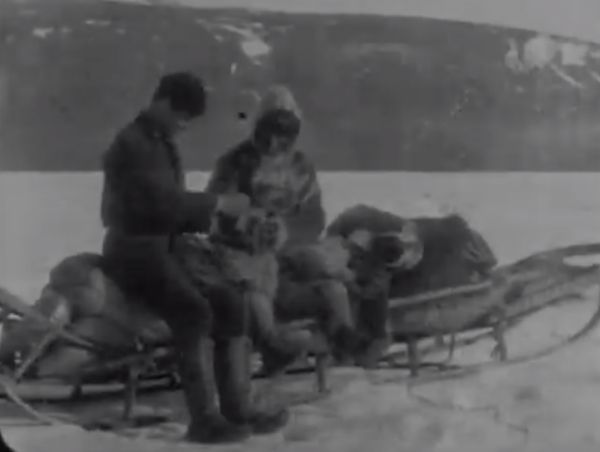 In 1908, competing expeditions to reach the North Pole were undertaken by Robert Peary and by Frederick Cook. Both claimed to have reached the Pole, Cook in 1908 and Peary in 1909. Cook’s records were eventually deemed insufficient, and Peary is regarded as the first to reach the Pole, although the ruling is still controversial. A 1914 followup expedition to check the claims would make a compelling movie.

During the Pole expeditions, Peary claimed to have found a new body of land he called Crocker Land. Frederick Cook also identified a previously-unknown land mass he called Bradley Land. Finding those places would go a long way toward confirming the explorers’ records, but ultimately, neither piece of land existed. Nevertheless, an expedition led by five scientists set out five years later to find Crocker Land.

As with many Arctic expeditions, anything that could possibly wrong did so. But in this journey, motivations that could be classified as downright evil contributed to the decline in expedition members, particularly among the Inuit guides. These included lust, lying, cultural genocide, and murder. All that was on top of the cold, disease, and thin ice that endangered so many other Arctic expeditions. Read about the ill-fated Crocker Land Expedition at historywithatwist. -via Strange Company