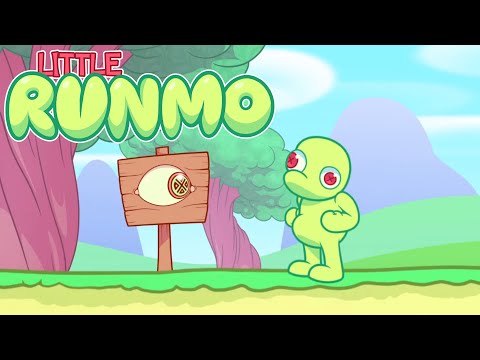 This is Little Runmo, a short film that Gooseworx created over a period of two years. The short film starts with Runmo, a video game character, dying twice from spikes. At his third life, Runmo hesitates to jump over the gap, and talks with Pikit, a one-eyed signboard. Pikit then wonders at what point in a pit does Runmo die, which sparks curiosity to the latter. Runmo then slowly goes down to the pit and finds himself on a wild adventure he never would have thought of.