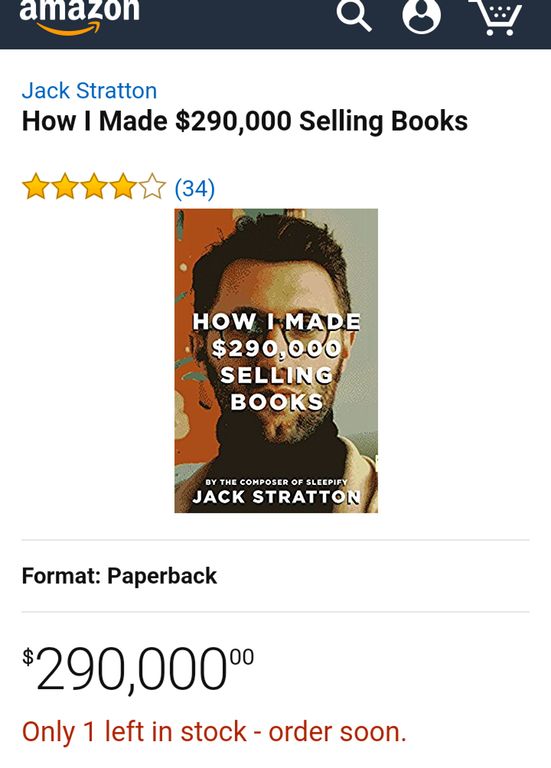 Jack Stratton has the right idea. You don’t have to sell a million of anything to make a profit, you just have to find the perfect price point. When you do, the story just writes itself, so to speak. The reviews are just as funny. What you may not know is that Jack Stratton is the leader of the band Vulfpeck, and they’ve done this kind of thing before. According to Wikipedia,

In March 2014 Vulfpeck released Sleepify, a ten-track silent album on Spotify, in order to raise funds for an admission-free tour. The album generated $20,000 in royalties over a two-month period.[6][11] Subsequently Spotify removed the album stating it violated their terms of content.[12] The band’s royalty generation scheme received international press coverage.[13][14][15] In July the band received the royalties and announced that they would follow through and organize a tour.[16]

The current version of the Amazon page says this item is  currently unavailable. Did someone buy it? Or did someone make a stink over it to the Amazon overlords? -via reddit