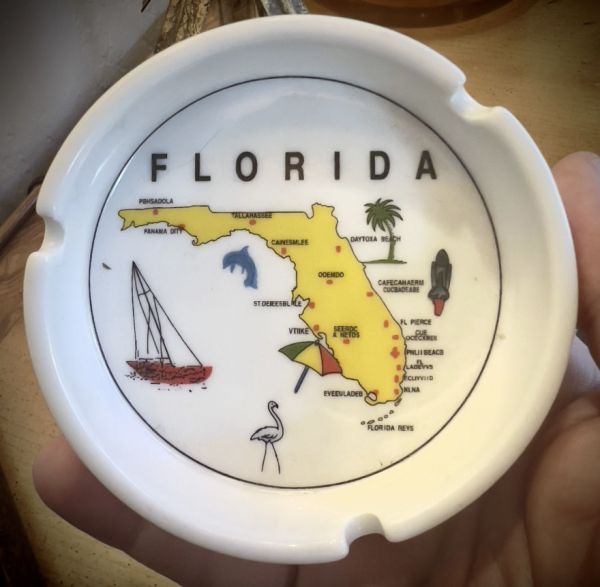 Redditor grecianformula69 shared a picture of a treasured family heirloom that was bought during a Florida vacation in 1983. If you can’t read everything that’s printed on it, you can enlarge it greatly here. Floridians and geography nerds came into the comments to speculate on what went wrong. This ashtray was made long before Google translate was available, and it wouldn’t have been this bad even in its early stages. Many thought it was probably the result of the designer having a stroke in the middle of his work. But then they all realized that Tallahassee is the only word spelled correctly. How did that happen? Natives of Vtiike, Odemdo, and other Florida cities seem to agree that it must have been manufactured in Tallahassee, possibly at Florida State University. 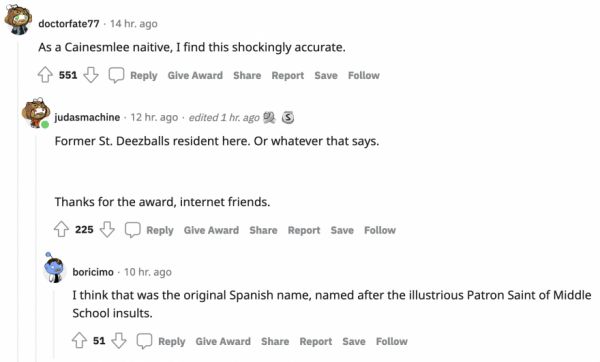 Honestly, the most logical explanation is that the cities were listed phonetically in a non-Western alphabet, and translated in a Third World factory by someone who was given no time to research the words, or else was not paid enough to care. Possibly both. But it’s much more fun to blame it on Florida Man!