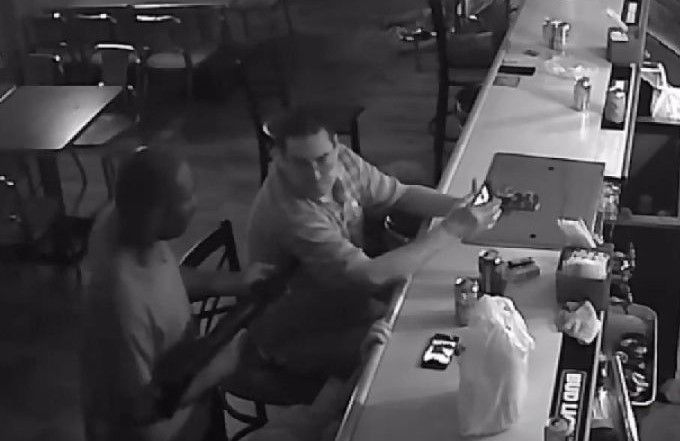 What would you do when somebody pulls out a gun and demands that you give them your possessions? Most of us would probably freak out. Not Tony Tovar who became viral in video showing how he continued smoking in the face of a bar robbery.

“He just wanted drug money,” Tovar said of the robber who stuck up Behrmann’s bar on Wednesday night. Tovar conceded that he wouldn’t suggest anyone else follow his lead.

“It’s probably not in your best interest if they have a loaded firearm, I wouldn’t suggest that to just anybody,” he said in the interview.

He himself, though, wouldn’t think twice if faced again with the same situation. “Absolutely not,” he said when asked if he would do anything differently.

(Image credit: Inside Edition via HuffPost)

Rating A St. Louis Man Finished His Cigarette During a Bar Stick-Up, and Would Do It Again is 5.0 / 5 Votes: 5
Please wait...
Loading...
Related articles