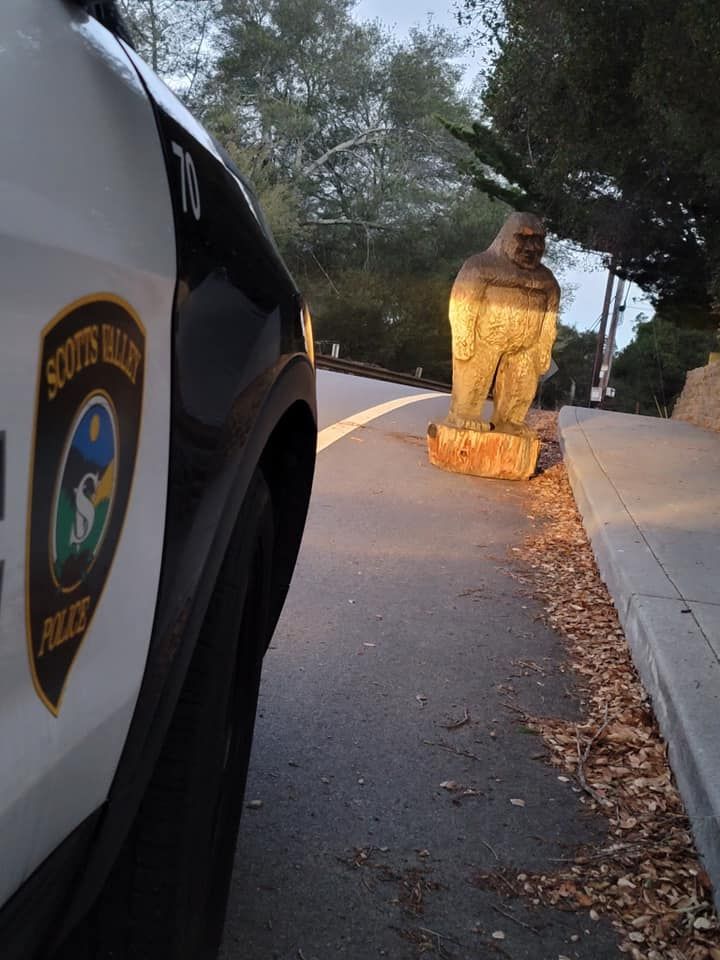 Scotts Valley, California — When the police received reports of a suspicious figure standing in a roadway in the mountains north of Santa Cruz, some officers were immediately dispatched to investigate the area. Upon arriving there, the officers encountered a four-foot-tall statue of Bigfoot, up close and personal. The said statue was apparently stolen from the Bigfoot Discovery Museum, which was temporarily closed due to certain circumstances.

“He was a little banged up but will be returned to his rightful place… ,” the Scotts Valley Police Department said in a Facebook post.

The Santa Cruz County Sheriff’s Office had urged people to keep their eyes peeled for the 4-foot-tall (1.2 meters) wooden statue after it was stolen from outside the tiny museum in nearby Felton on Monday.

I wonder who left the statue there. Who do you think it is?