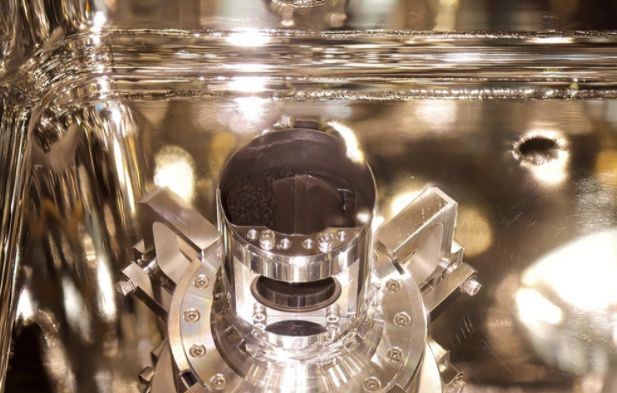 A major scientific milestone, that’s what officials are calling the amount of materials the Japan Aerospace Exploration Agency’s Hayabusa 2 retrieved from the asteroid Ryugu.The materials were dropped by the spacecraft back to Earth in a pan-shaped capsule, as AP News details:

The Japan Aerospace Exploration Agency said its staff initially spotted some black particles sitting on the bottom of the capsule’s sample catcher when they pulled out the container on Monday. By Tuesday, scientists found more of the soil and gas samples in a compartment that stored those from the first of Hayabusa’s two touchdowns on the asteroid last year.

“We have confirmed a good amount of sand apparently collected from the asteroid Ryugu, along with gases,” JAXA Hayabusa2 project manager Yuichi Tsuda said in a video message during an online news conference. “The samples from outside of our planet, which we have long dreamed of, are now in our hands.”

Tsuda called the successful return of the asteroid soil and gas samples “a major scientific milestone.”

You Decide the Purpose of the Objects in the X4 Series