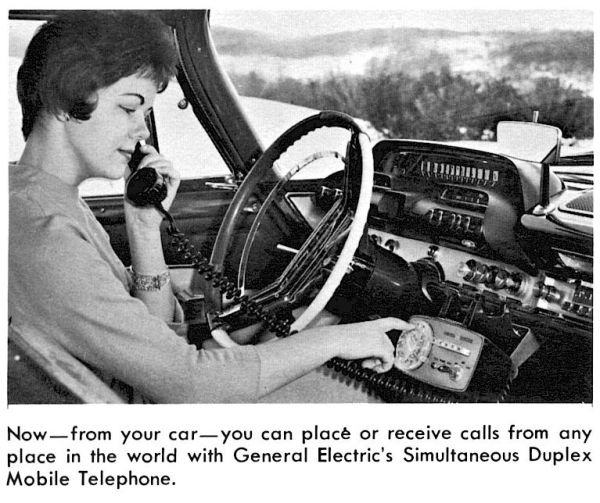 Believe it or not, cell phones have been used in the US since the 1940s. There were radios even before that, but Bell Telephone originated cell towers to carry phone signals all the way back then. And Motorola was formed to make the equipment for those mobile phones. Yeah, it weighed so much that the phone had to stay in the car, but they were mobile in that way.

In the earliest days, users had to depress a button on the handset to talk and release the button to listen. There was also no continuity of service as the phones moved through several cell areas and only a limited number of people could use the service at any time. Still, with the growing mobility of the American population in the postwar years, suddenly, everyone needed a phone in their car. Five to ten year waiting lists for the service began to form. The demand was there, the technology was on its way.

Even though it was expensive, people clamored for the ability to call while on the go. Eventually, cell towers were everywhere and phones got light enough to carry around. Read the history of car phones and see lots of pictures at Messy Nessy Chic.

Rating A Surprising Compendium of Car Phones Dating Back to the 1940s is 5.0 / 5 Votes: 3
Please wait...
Loading...
Related articles