In an extravagant attempt to boost tourism, the small picturesque town of Oji in the Nara Prefecture of Japan has found itself a new mascot, not the big headed furry characters you’re used to seeing at football games, but a quadcopter doggy drone named Yukimaru. Dressed up in a bandana collar and an adorable black top-hat, Yukimaru made his commercial debut in a promotional video released by the city this month that sees the flying pup zipping around some of Oji’s hottest attractions like the Daruma Temple, the Yamato River, and Mount Myojin. 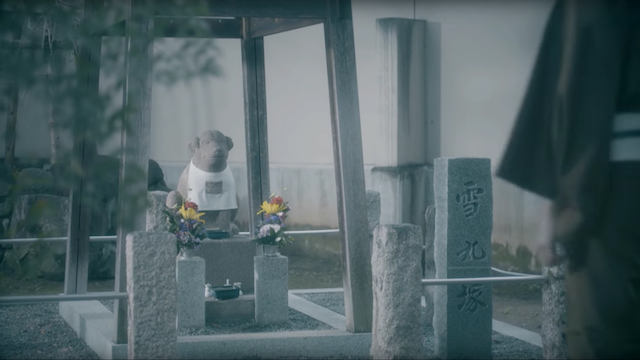 According to a legend paraphrased in a RocketNews24 article, a regent and politician of the Asuka period named Prince Shotoku once came across a Buddhist monk in Oji named Daruma who was pretending to be a beggar. Despite Shotoku’s effort to feed and clothe the monk he ended up dying. Although the Prince gave Daruma a proper burial, , when he went to visit the tomb, the monk’s body had vanished. In honor of this event the city built the Daruma Temple which includes a shrine dedicated to Prince Shotoku’s pet dog. The name of that dog is Yukimaru.

To learn more about the Yukimara drone, head over Oji city’s website.

Cats Now Have Their Own Google Maps