In the new Star Wars promo released this week and featuring Donald Glover, we got a much better look at the interior of the Millennium Falcon than the previous films offered.

I don’t have the full back story, but from what I gather, Lando Kardashian has turned this younger iteration of the ship into a sort of party boat/bachelor pad. I’ve evaluated his design choices and from a functional standpoint, they stink. Let’s get into it. 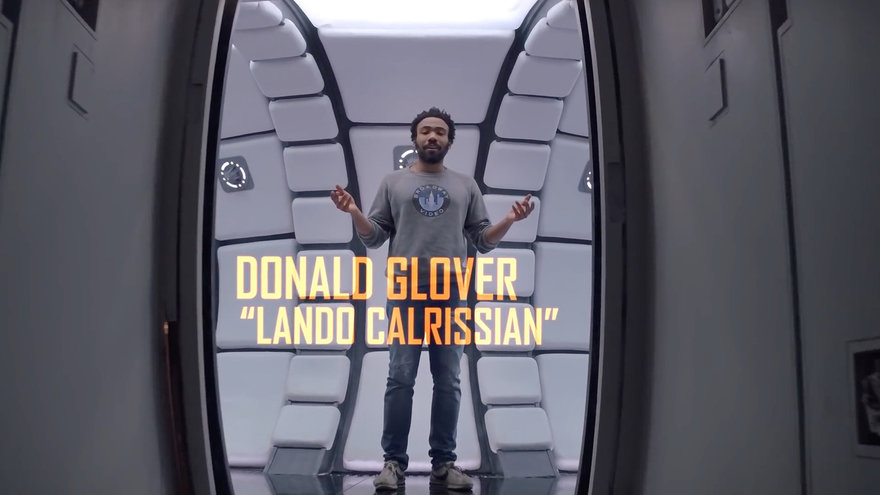 First off look at the walls, which all have dust-collecting crevices. Why make nice, smooth walls when you can put up ones that take you eleven times as long to clean. 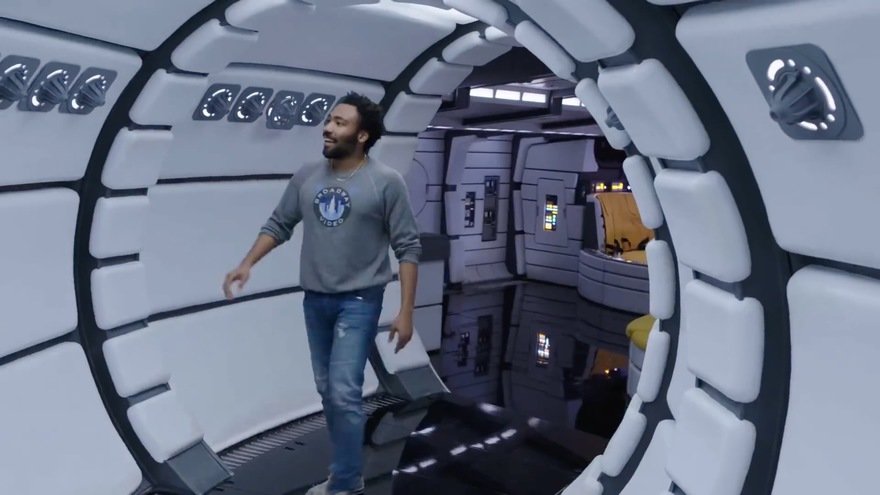 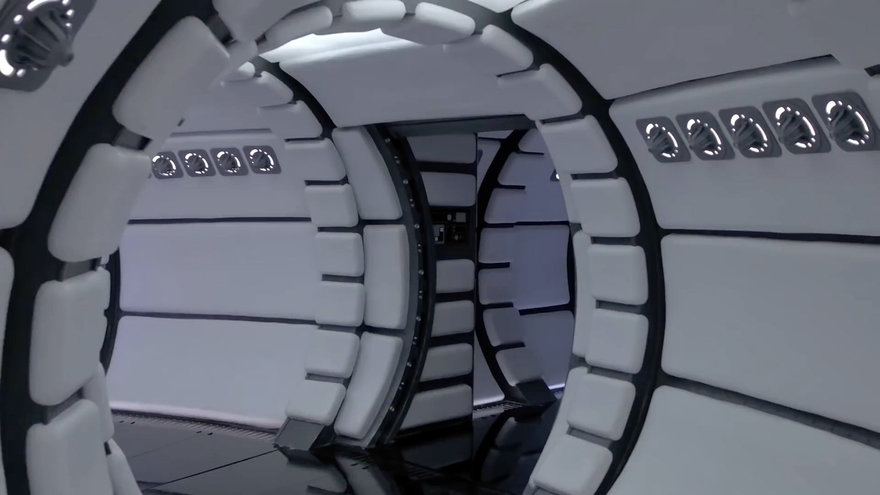 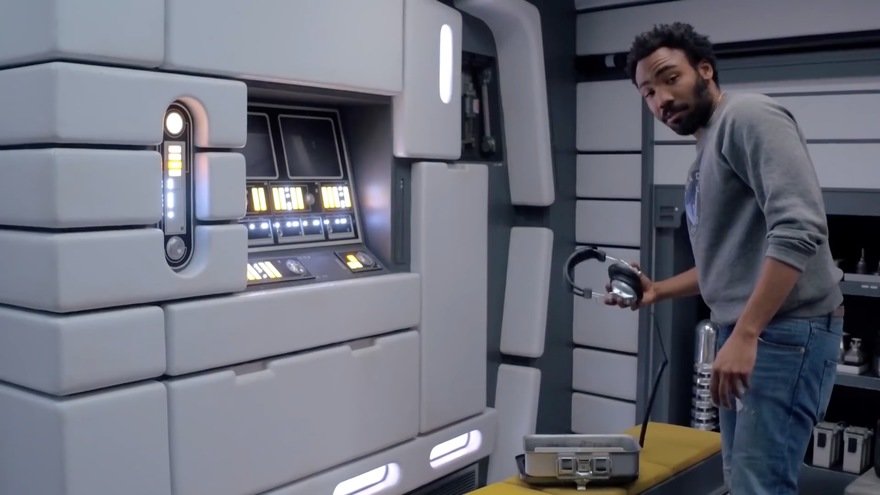 Here we see the “Crew Compartment,” re-imagined as a lounge set up for entertaining company. 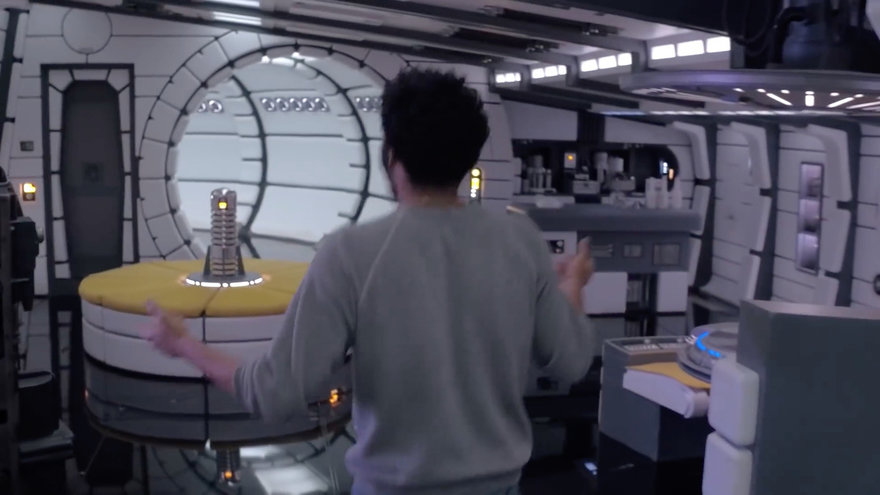 Here one design choice in particular makes no sense: This circular bench that has a soundsystem speaker protruding from the hub. 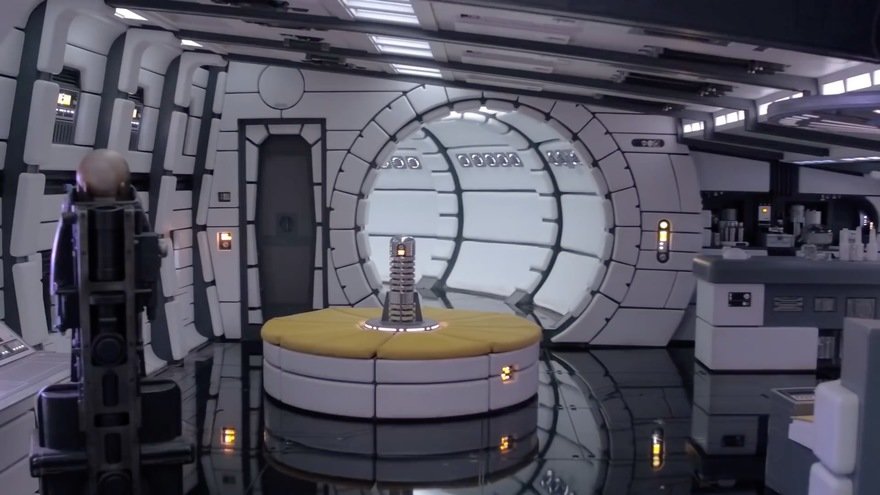 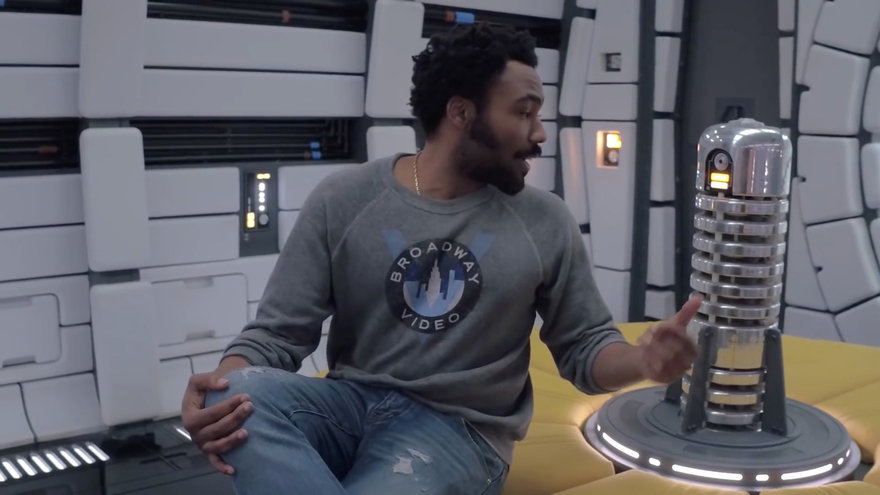 And folks, there’s a reason why you only see circular benches in public places: They’re meant for strangers to sit on as it’s impossible to make eye contact with seat sharers. 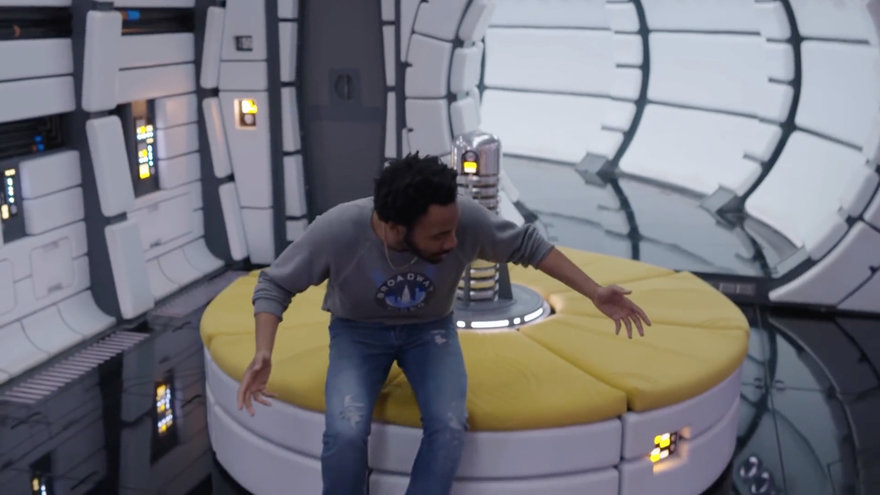 Here on this ship, think of how this thing would be used, and in what context: Lando invites you over for a party. You sit down on this thing, but you can’t lean back because you don’t want to break his speaker. So you do that subway rider thing where you hunch forward and rest your elbows on your knees. At least five other people sit on the bench and all feel compelled to do the same thing, everyone facing outwards, no one socializing, and one of you idiots is facing a wall. Even if the person next to you wanted to talk to you, hearing them might be tough since there’s a freaking omnidirectional speaker directly behind you. 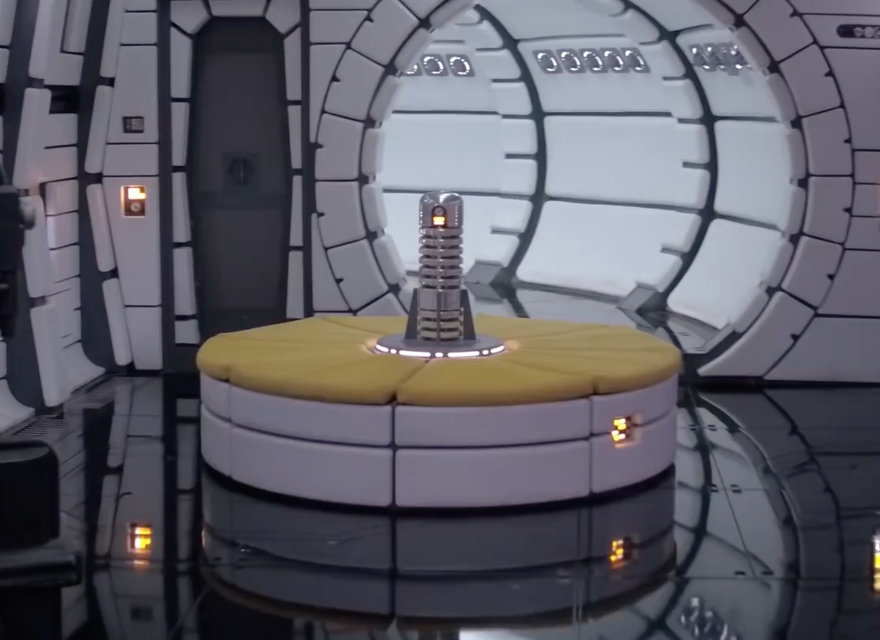 Moving on to the galley, the kitchen island has pronounced waterfall edges, which will inevitably lead to broken crockery and glassware. The three inches around the perimeter are unusable as a surface, meaning all of that extra mass is a complete waste of materials. 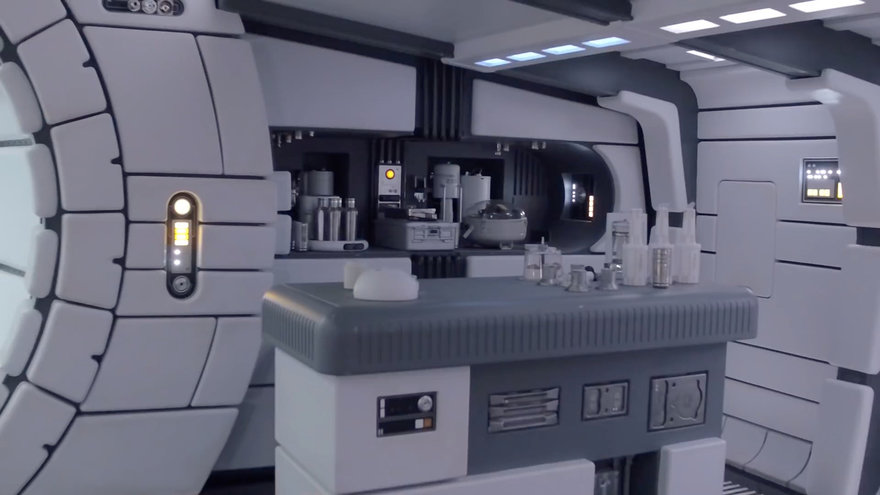 Look at the fluting cut into the skirt of the countertop. Those are there so that when you spill a glass of orange juice, the fluid will run through those channels. So when you go to clean it up it’s not just a matter of wiping the edges, but crumpling up a paper towel and getting into those grooves, too. I bet no one takes the time to do this and the insides of those grooves are all sticky. 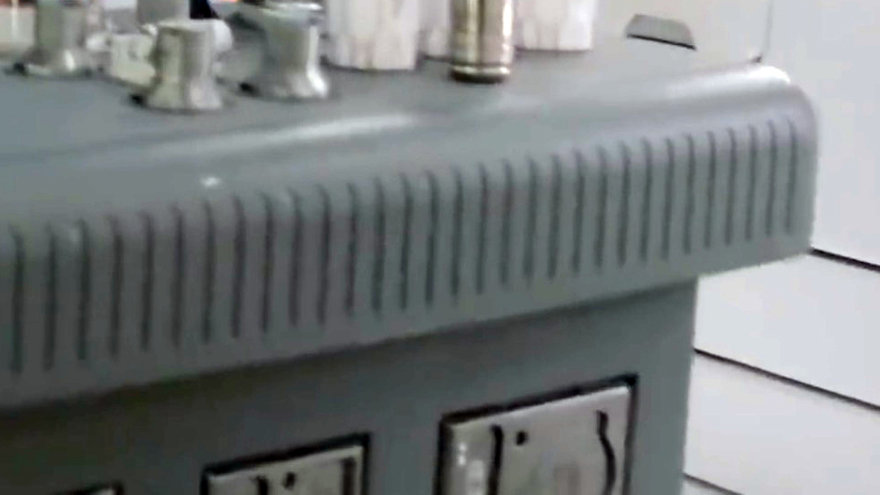 Over at this console, look at this chair off to the side: 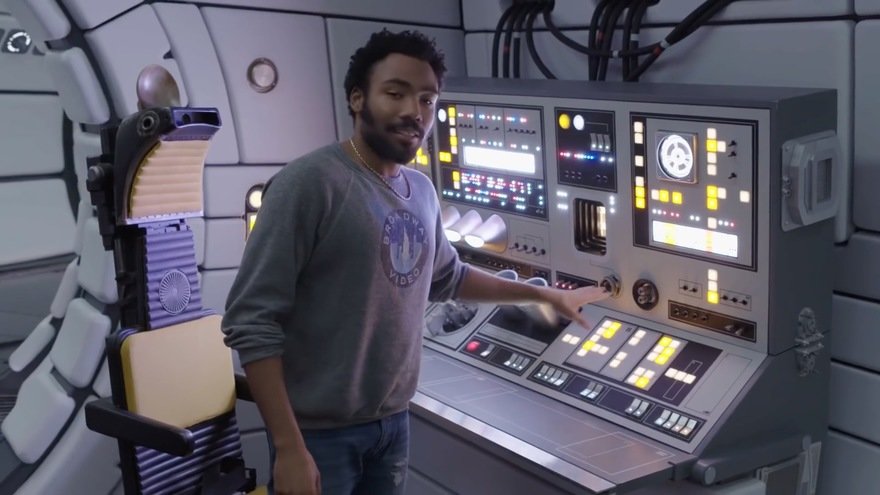 Why is the underside of the headrest upholstered? I’ve never sat in a task chair and thought “This doesn’t offer enough support for my parietal bone.” 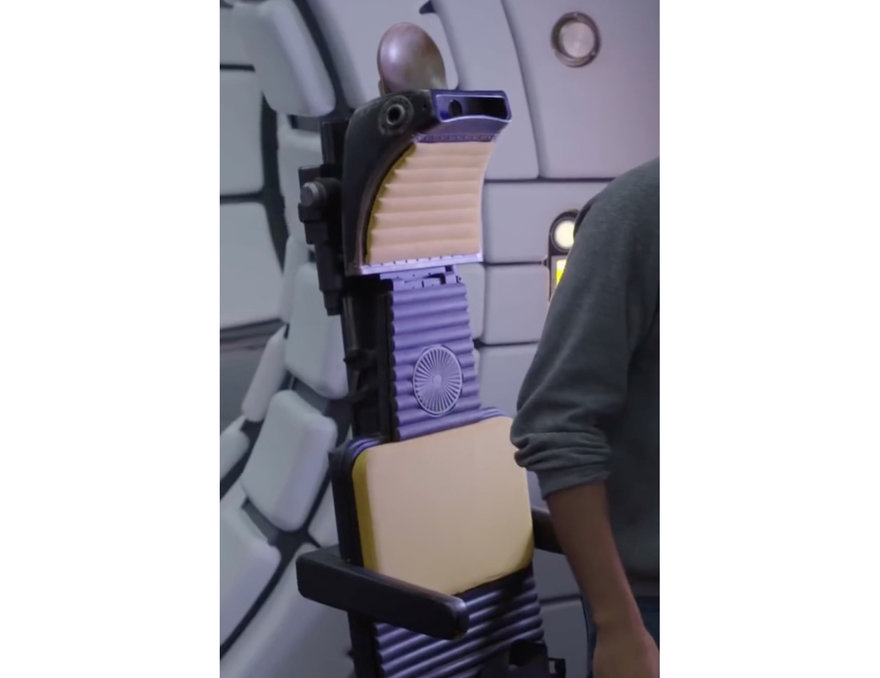 Then there’s the guest bunk. Notice that there’s no way to get to the damn thing without climbing all over the “Patent Leather.” Also, could you possibly place the “Environment Controls” in a less convenient location to access? I have to get on my knees and awkwardly lean over the back of the banquette to get the A/C going? 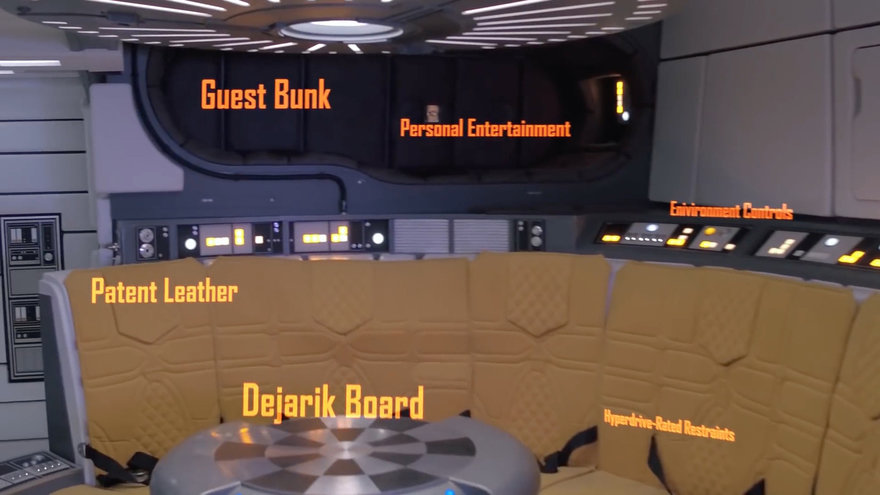 More on the shitty design of this bunk–are the contours of the sleeping surface designed to give you scoliosis? Also, it has a padded top, bottom and sides, presumably to protect a sleeping occupant during turbulence in planetary skies. But there’s no safety rail preventing you from falling out of the thing and landing on that nice metal table below. So the designers were like, “We want to protect you from bumping into surfaces immediately adjacent to you, but have no problem with you being thrown free of the berth altogether.” FAIL. 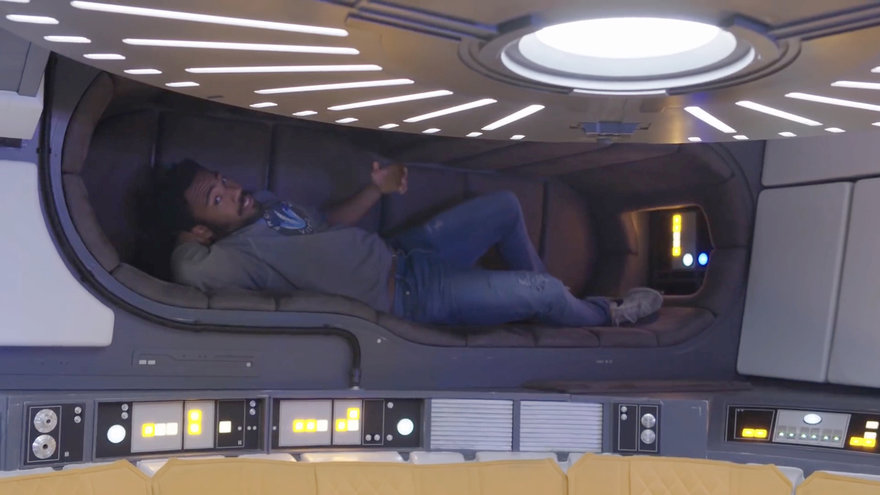 Now we get to Lando’s bedroom. 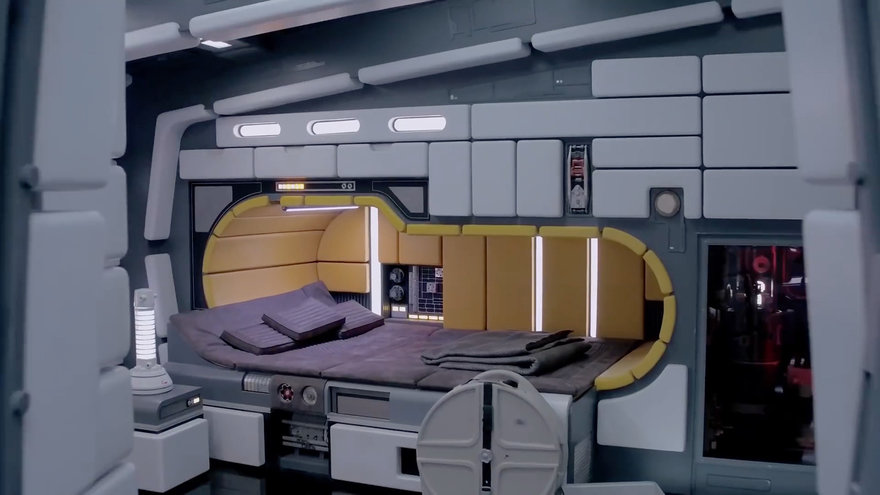 He’s kind of a sleaze so you don’t want look at this room with a black light. Anyways we can see he’s got the new Amazon Alexa on a table at left. We can also deduce, assuming he sleeps on this bed with the bizarre jump ramp thing at the end of it, Lando regularly needs to see a chiropractor and can’t figure out the source of the trouble. 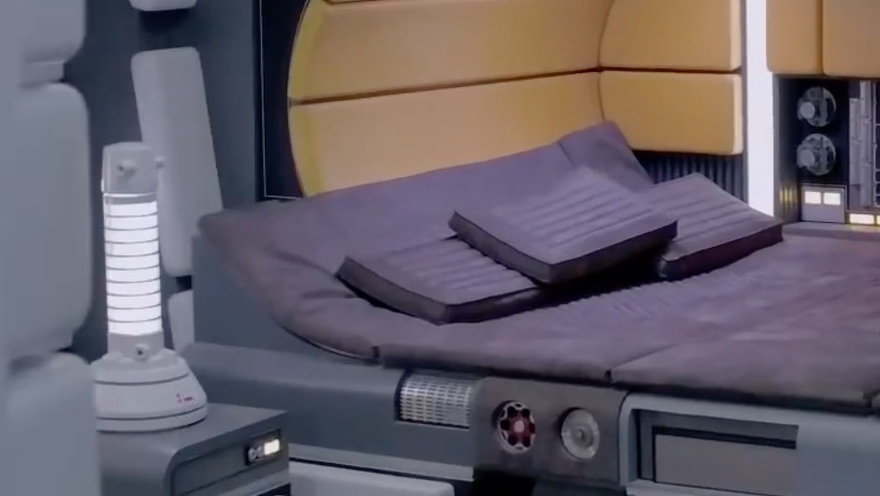 The “Fitness Nook” is presumably where he stores a Bow-Flex or something. 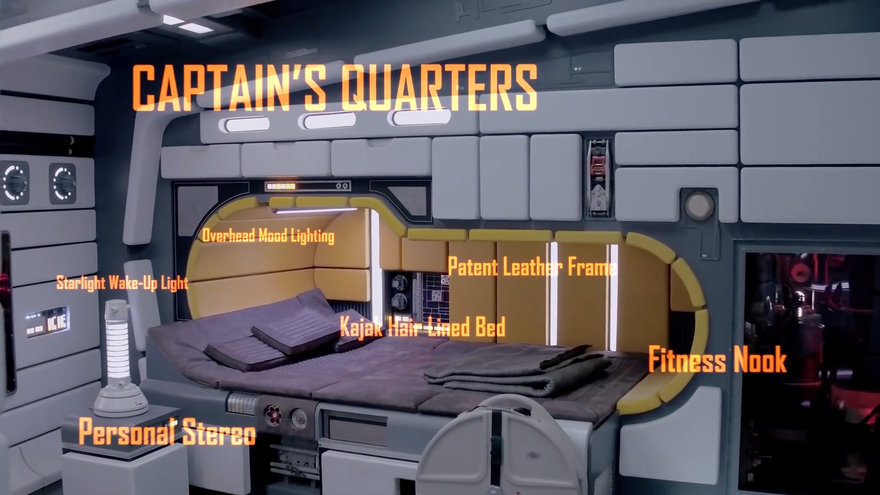 The most egregious design deficiency emerges when we see inside Lando’s walk-in closet. 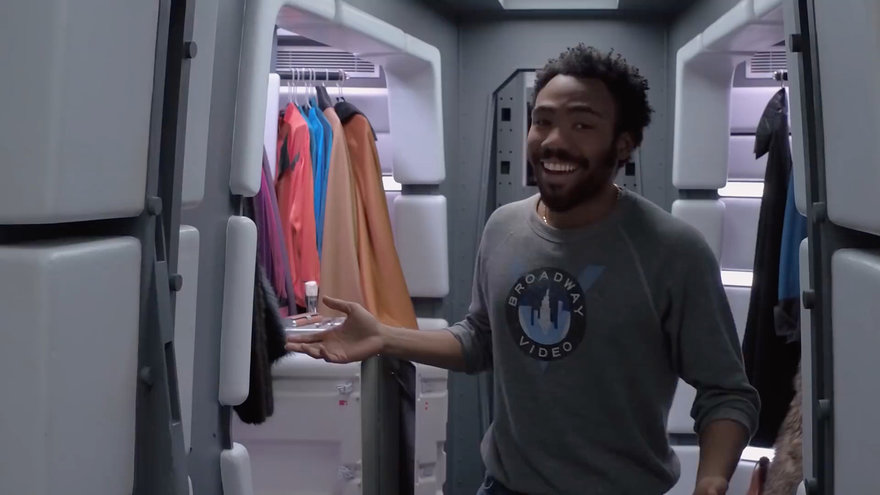 Look closely at the closet rods and the hangers. 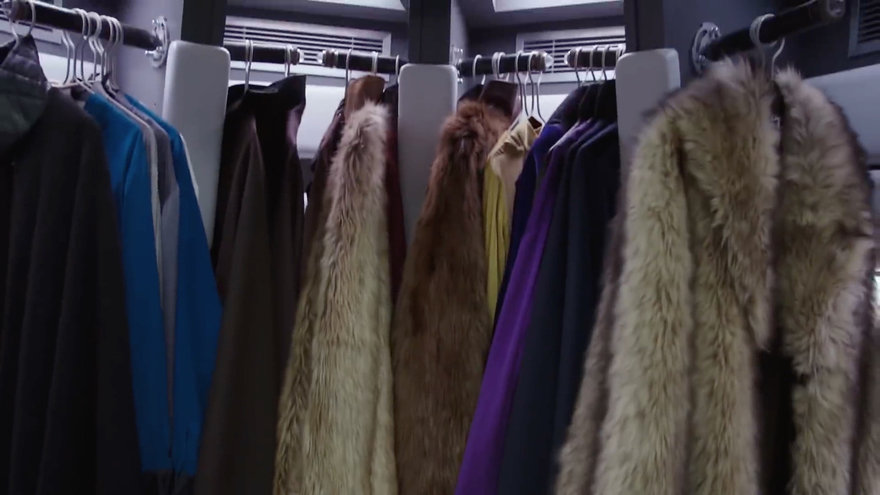 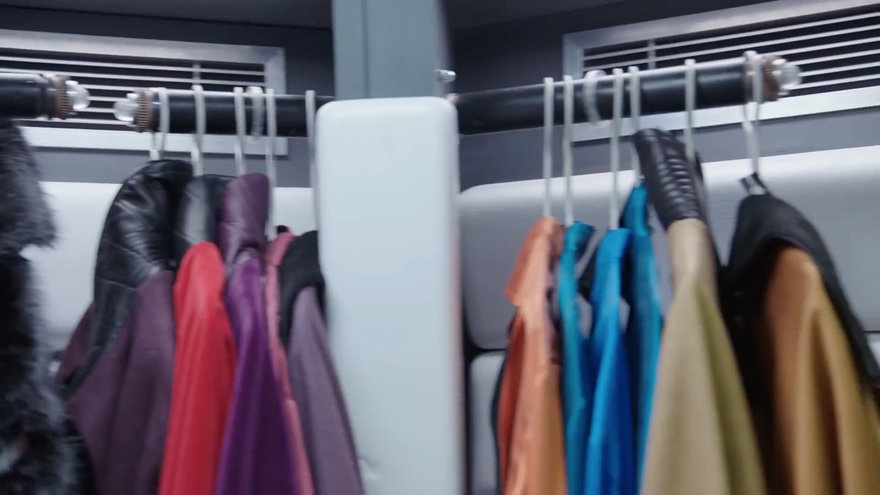 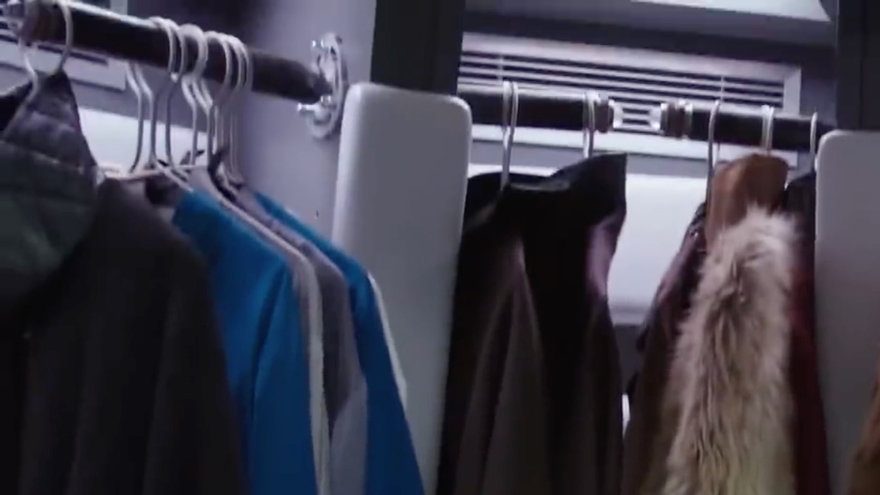 What the EFF. Those hangers aren’t topped with hooks, but enclosed loops. Hence all the closet rods are protrusions rather than a single tube supported on both ends. If you want the cape at the back, you have to first pull off the five capes on top of it? The people in this universe have figured out hyperdrive technology, but haven’t worked out the utility of a hook versus a loop?

I could go off on the cockpit too, but I can’t accurately criticize the UI as I don’t really know how a craft like this is controlled. We never see Han or Lando shift so it’s presumably an automatic. I will say, however, that the “Hyperdrive Controls” look like the first thing someone learns to make in an Intro to the Lathe class. 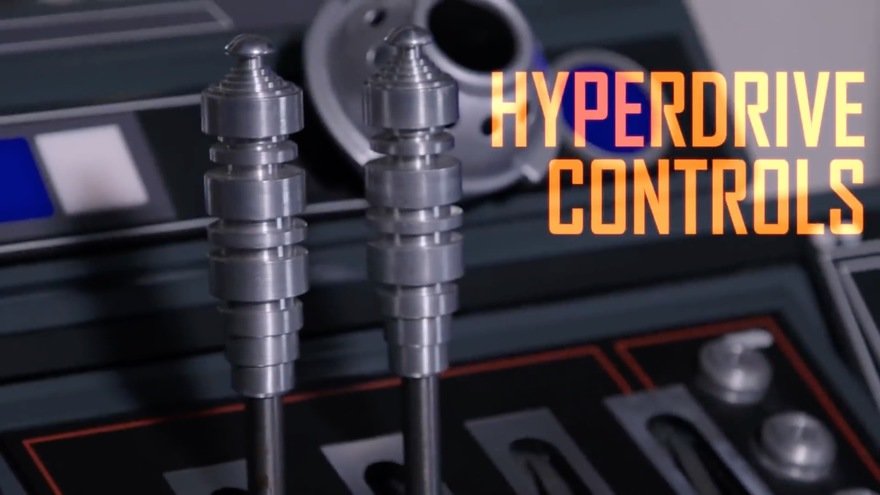 Lastly, it’s no secret why we never saw the bathroom on this ship. It’s because the co-pilot is this guy: 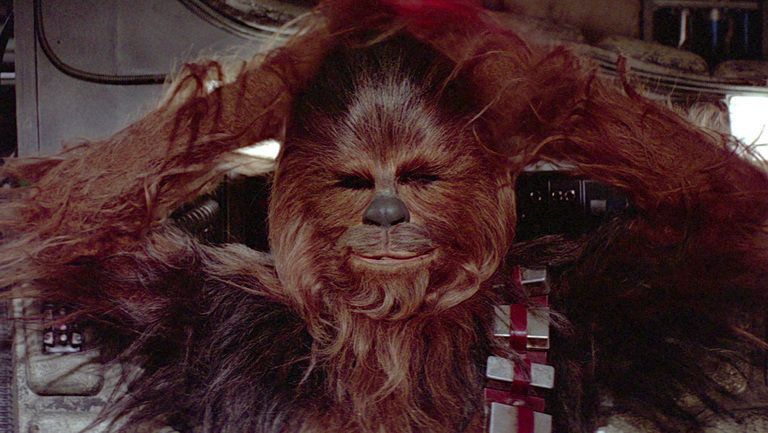 What do you think that shower drain, or even a bar of soap, looks like after this lousy Wookiee gets out of the shower?