This welding truck is occasionally parked at a nearby home center, and I’m always happy to see it. I like it because it’s seriously outfitted for work and because it’s a COE (cab over engine) vehicle from the early 1960s. 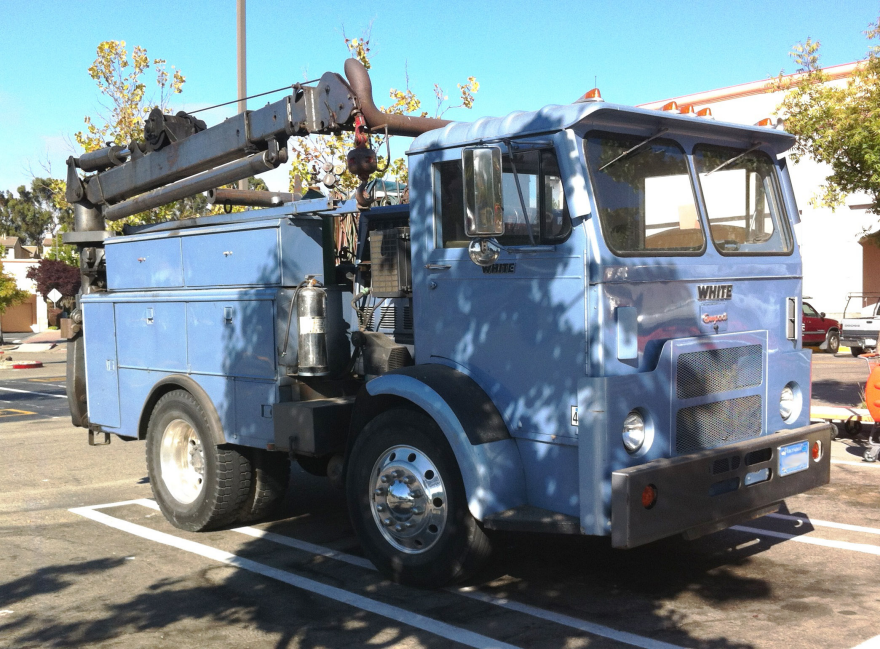 COEs were popular from the 1930s through the early 1980s, when changes to federal regulations led to their downfall—at least for the heavy-duty semi tractors that haul trailers.

Prior to 1982, the semis and trailers used on highways in states in the eastern half of the country were typically restricted to a combined length of 53′.  Longer combinations were allowed in the west but those vehicles couldn’t go east. 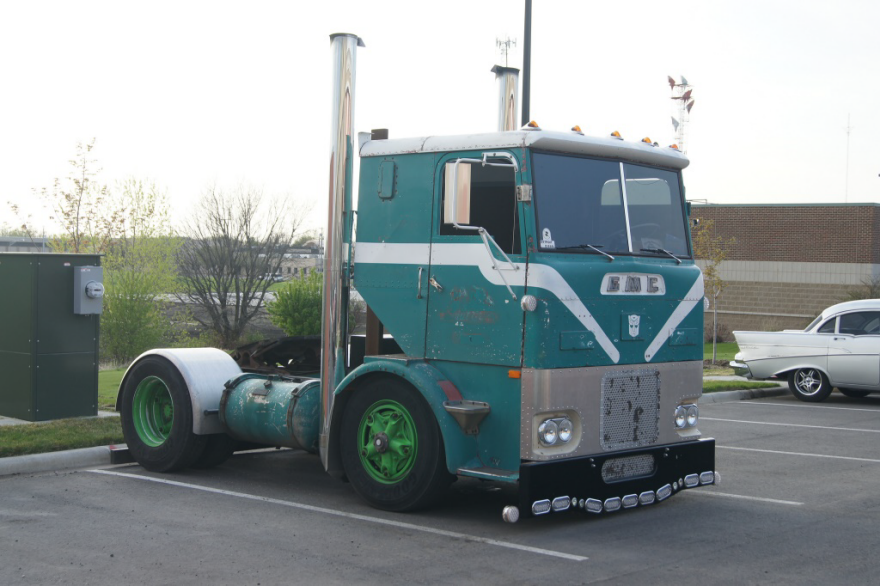 To maximize hauling capacity, trucking companies put the longest possible trailers on the shortest possible trucks. Manufacturers met the demand for shorter trucks by putting the cab over the engine. 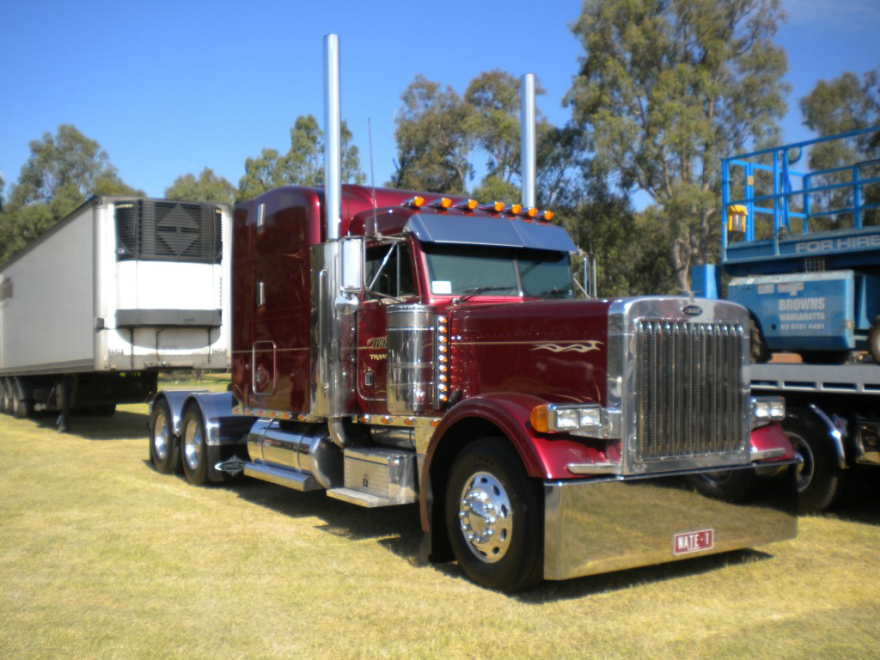 The hood of this Peterbuilt semi tractor is nearly as long as the cab plus the sleeping compartment behind it. Courtesy LukeRobinson1; Flickr.

The 1982 highway bill created uniform standards for federal highways that allowed for a combined length of 65′. Trailers were limited to 53′ (the length of the longest shipping containers now in use). 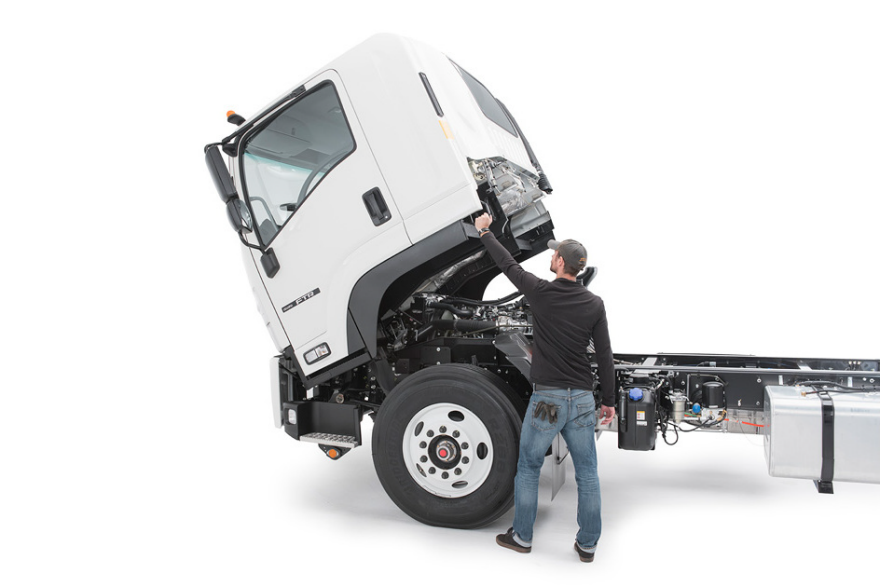 The length of the truck became less of an issue, so manufacturers switched to conventional engine-forward designs. Conventional trucks have roomier cabs and a more comfortable ride. And they’re easier to maintain because the engine is readily accessible. Getting at the motor of a COE typically involves tipping the cab forward to get it out of the way.

Medium-duty trucks such as this Mitsubishi Fuso FE-160 come out of the factory as a cab and frame; upfitting companies equip them with boxes, dump beds, or whatever else customers want there to be on back. Courtesy of Mitsubishi Fuso.

While less common than before, the COE (also called cabover) configuration is still popular for the medium-duty trucks used in urban and suburban areas because they have superior visibility and are short and easy to maneuver. 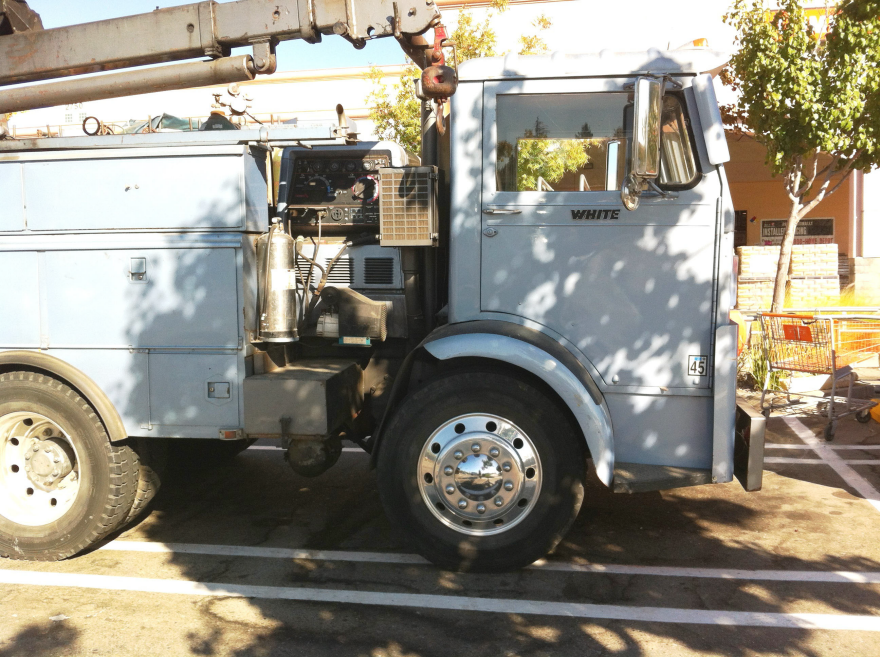 A diesel-powered stick welder is positioned between the cab and bed.

I have no idea if the truck I  photographed was originally used for welding; it could easily be a repurposed utility truck.  What I do know is that it was built in the early 1960s by the now-defunct White Motor Company. 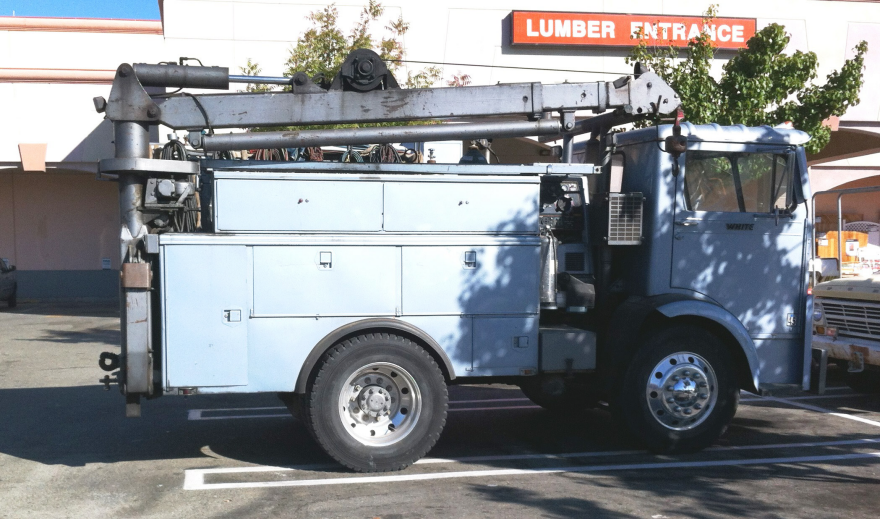 There’s a crane on the right and both sides of the bed are equipped with built-in toolboxes.

As currently configured it has a diesel stick welder behind the cab, a crane, and side storage boxes. The space in the bed between the boxes contains hoses, oxy acetylene tanks (presumably for cutting), 120-volt receptacles, and a floodlight. There’s a heavy duty rack over the left side of the bed. 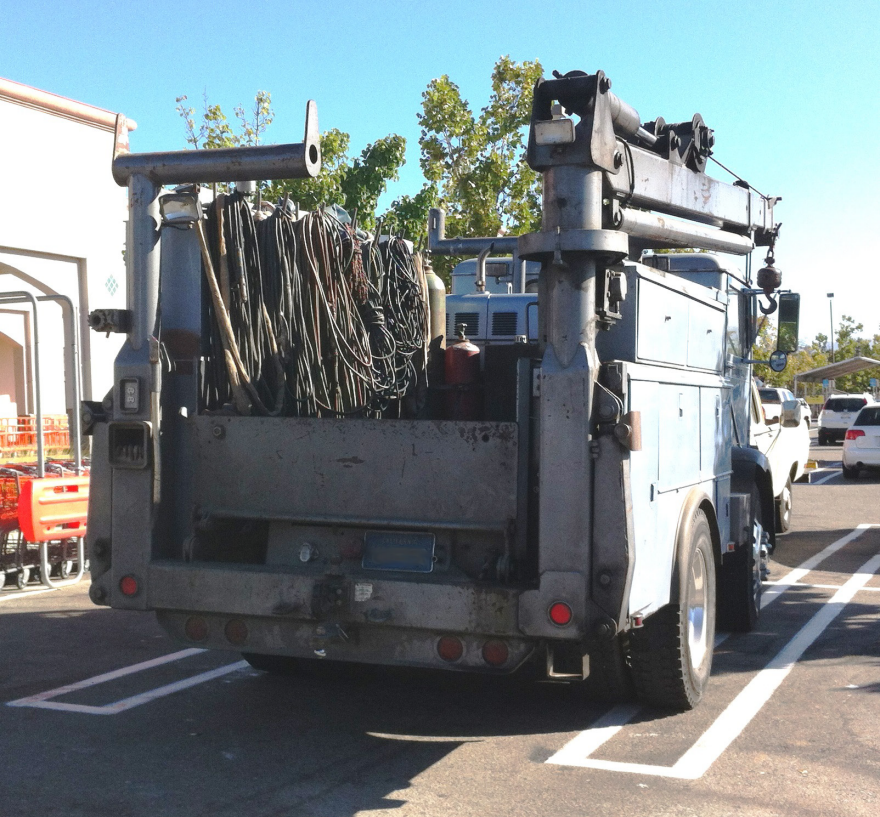 Hoses and acetylene tanks in back.

I wouldn’t have looked twice at this vehicle in the 1960s because there were a million more like it. But it’s now among the last of its kind still in service, so I really enjoy seeing it.

For more on classic COEs see The Rise and Fall of the American COE Semi-Tractor and KW Kid’s excellent gallery on Flickr. The video below contains a pictorial history of White Motor Company Vehicles built between 1936 and 1950.