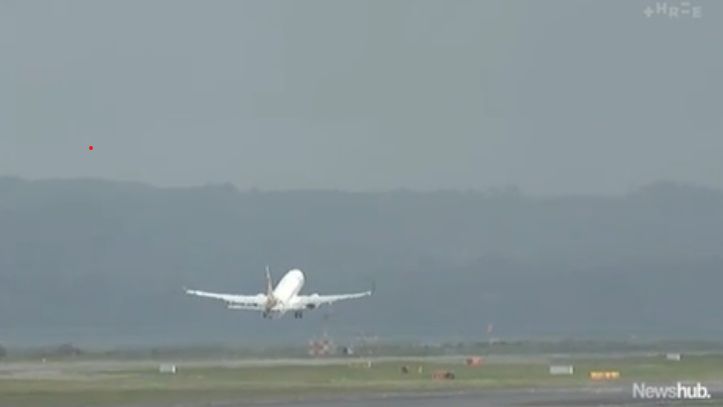 “It’s viewed as part of a suite of approaches to mitigate climate change. It won’t be the end, won’t be the final story, there will be many other things and it might be a bridging technology as well,” says Massey University Professor in Chemistry Shane Telfer.

Eight companies are already working on recycling carbon, including a Swiss company that’s building capture facilities to take CO2 out of the atmosphere and Kiwi start-up Lanzatech which has a different way to turn industrial waste gases into ethanol.

“In the next decade these fuels may become competitive with our traditional fuels,” Prof Brent says.

Prof Brent believes they could be made in New Zealand – perhaps at the Tiwai Point Aluminium Smelter if it closes, or by repurposing the Marsden Point oil refinery, or capturing CO2 at a geothermal power plant.

The catch – it would use all of the electricity currently generated in New Zealand.

But that doesn’t deter the scientists.

“These new technologies are much more efficient and recyclable and sustainable, so if they do make the grade then they will be a better solution,” Prof Telfer says.

So when you do eventually take that overseas trip – you might be able to fly with a clean conscience.