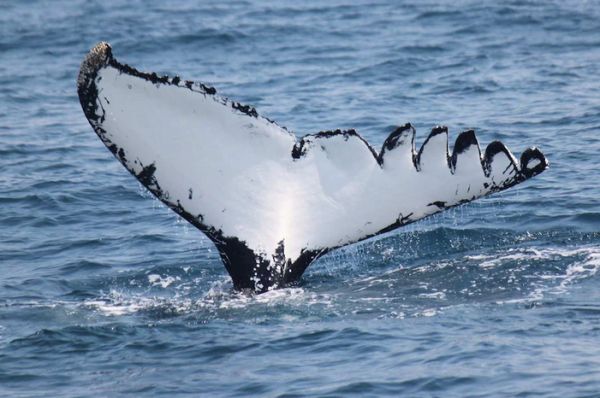 This is what happens when a whale gets too close to a propeller-driven ship. A humpback whale known as Bladerunner is believed to have had a close encounter with a large propeller in 2001. She has deep scars along her left side and on the right wing of her tail fluke.

Rosalind Butt, who owned a whale watching business in the New South Wales town of Eden, saw Bladerunner twice in her 30 years in the business.

“It looks like a zebra, it has got stripes on it.

“As we got closer, we saw it was very badly cut, it must have been a huge ship that struck her.”

Ms Butt saw Bladerunner again in 2013, with a calf.

“She’s probably one of the most unique animals I’ve seen,” she said.

Read about Bladerunner, and the danger that ship’s propellers pose for whales at ABC News Australia. -via reddit