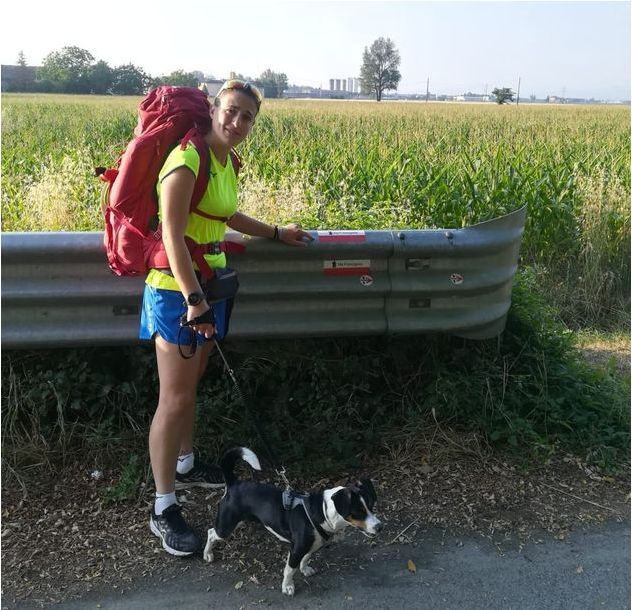 Her name is Martina Pastorino. Together with her Jack Russel Terrier named Kira, they traveled over 400 miles on foot from Alessandria to Rome – a project named “To Be A Woman Is Strong”.

Pastorino and Kira took on a route once trod on by medieval pilgrims, as noted by the Huffington Post:

“to raise awareness of the issue of violence against women.” To bear witness that “a woman can and must feel confident that she can face a solo journey,” that “each of us can and must find her way even alone,” that “to be a woman is to be strong.”

For her initial motivation to do this project, Pastorino told the Huffington Post she wanted to showcase that women who report mistreatment and abuse aren’t weak but courageous and strong:

“In our country, we tend to consider female victims of violence who decide to report mistreatment and abuse as less strong,” she says. “But instead, these are courageous women. Do you have any idea how much strength we need to make such a choice, especially if, as in most cases, the aggressor is a family member?”

“I want to say to women who report these cases: Walk with your head held high,” she emphasizes again. “And continue on your way.”

Rating A Woman Walks Her Dog Across Italy For Violence Against Women Awareness is 5.0 / 5 Votes: 1
Please wait...
Loading...
Related articles