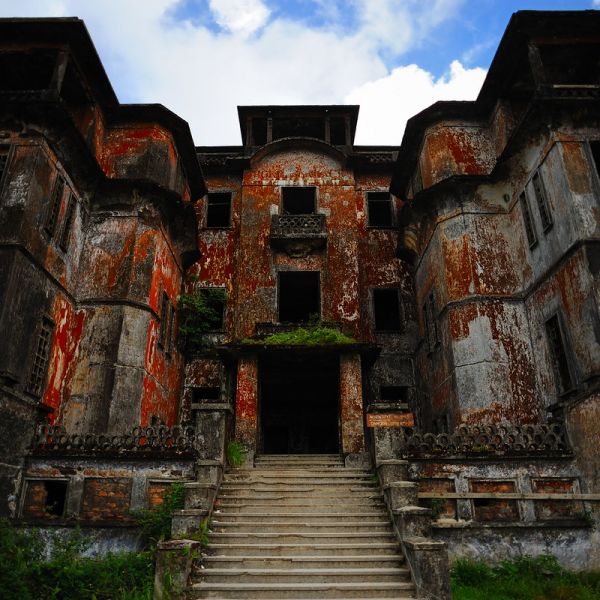 The war-torn history of Cambodia in the 20th century is told in the ruins of a purpose-built town. Bokor Hill Station was designed as a retreat for French colonists. Of course, it was built by Cambodian labor, with hundreds of deaths among them during the construction. Bokor Hill Station, centered around the Palace Hotel and Casino, was completed in 1925, but then abandoned in the late 1940s as the colonial French saw the end of their rule. In the 1950s, elite Cambodians moved in. They left in the 1970s as the Khmer Rouge moved in. They stayed through a war with Vietnam in the ’80s. But by then, Bokor Hill Station had fallen into ruin. Some Cambodians believe it should remain in ruins as a monument to its history, while others think it should be restored to its former glory, or something close. Meanwhile, tourists go to Bokor Hill Station to take pictures, which you can see at Kuriositas.

Nature Dictated the Floorplan of This Secluded Home in the Forest