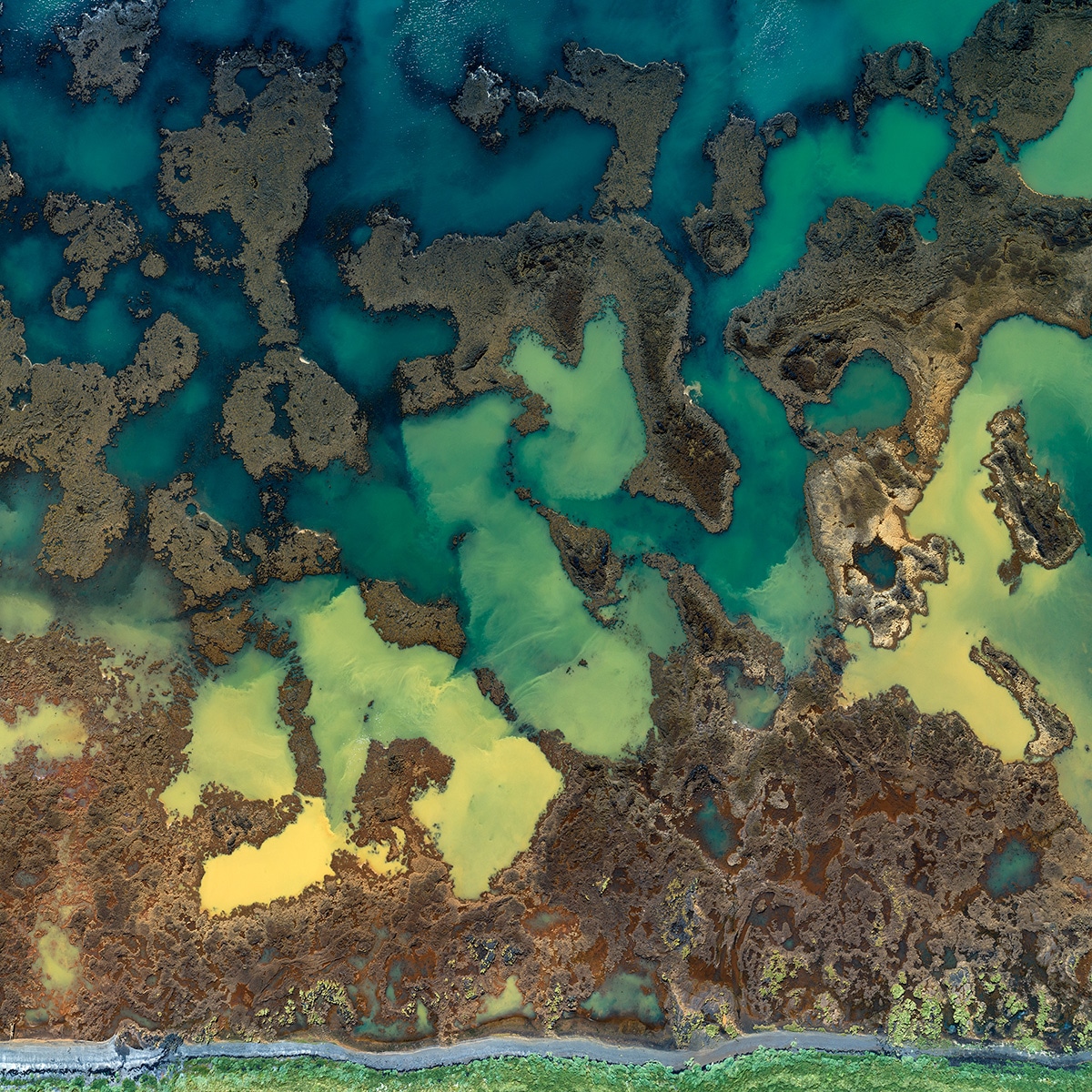 Sediments from farmland mixed with water in between lava islands formed 9,000 years ago, Iceland

As the brainchild of award-winning aerial photographer Milan Radisics, Water.Shapes.Earth is an incredible look at the way water has shaped our planet. The project gives an aerial perspective of our natural landscape.  Muddy marshes, winding estuaries, melting glaciers, and dried-out river beds all form their own signature abstract shapes, which are then captured in glorious detail.

Intrigued by the interaction between nature and humans, Radisics surveys the globe looking for unusual perspectives. He’s traveled across Europe, and as far afield as Azerbaijan, to develop a narrative on the creation and destruction of water. Water.Shapes.Earth hopes to inspire awe, as well as provoke the public to face the destructive tendencies that we have toward our environment.

Starting in Iceland, Radisics explores shrinking glaciers and cooling geysers before paying homage to thriving lakes, rivers, and creeks. Each body of water is photographed in a manner that brings out its abstract beauty. As the narrative continues, water and land collide with visions of lagoons and marshes before giving way to the realities of man’s imprint on these bodies of water.

Moving full circle, we end with dry waterways—river beds only recognizable by their sinewy curves filled with new green vegetation. The space left behind runs like cracks across the surface of once fertile land, an ominous look at what lays ahead as water retreats. In one photographic series, Radisics has captured the life cycle of this essential liquid and reminded us of its precious fragility.

Water.Shapes.Earth is a visual essay examining the evolution of Earth’s waterways. 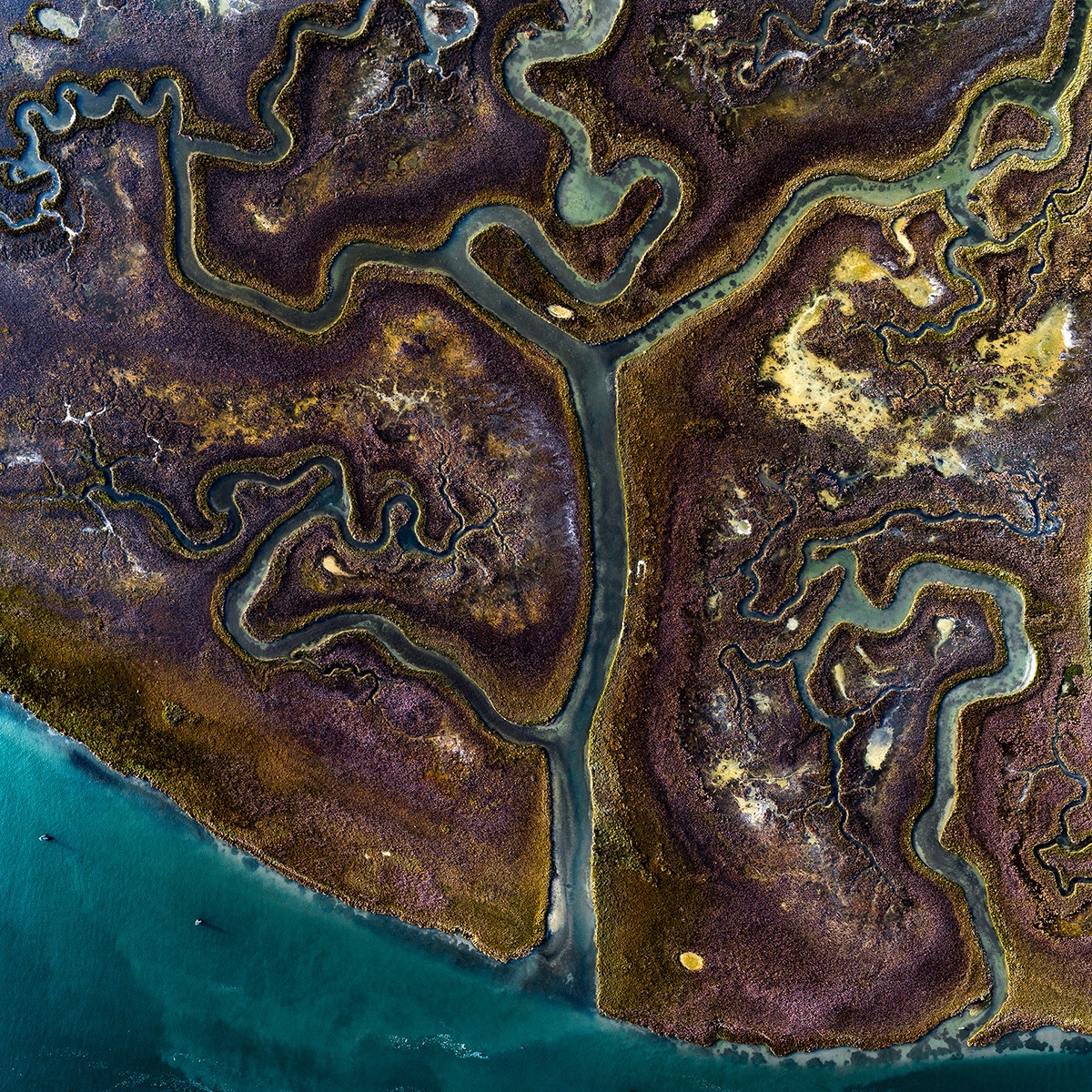 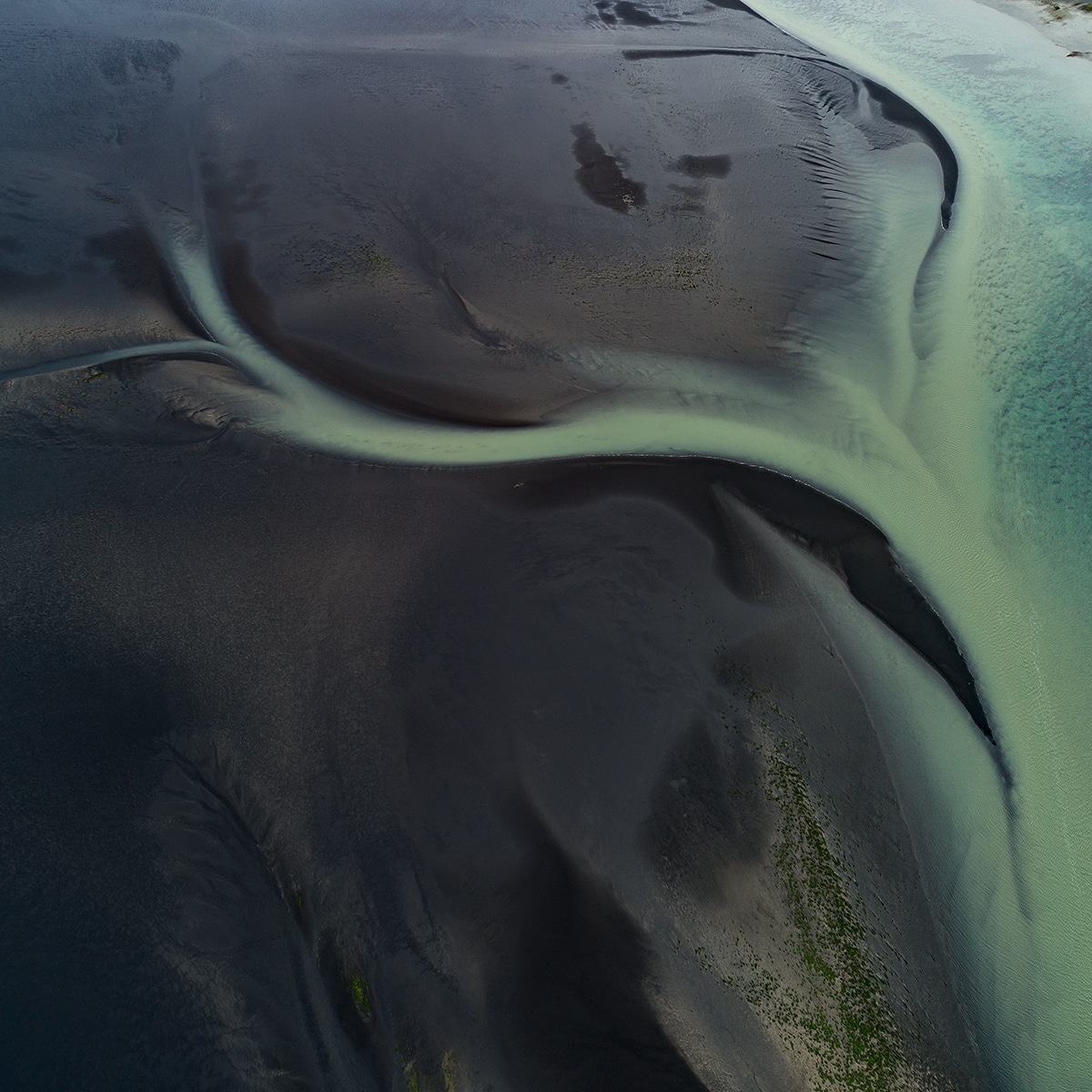 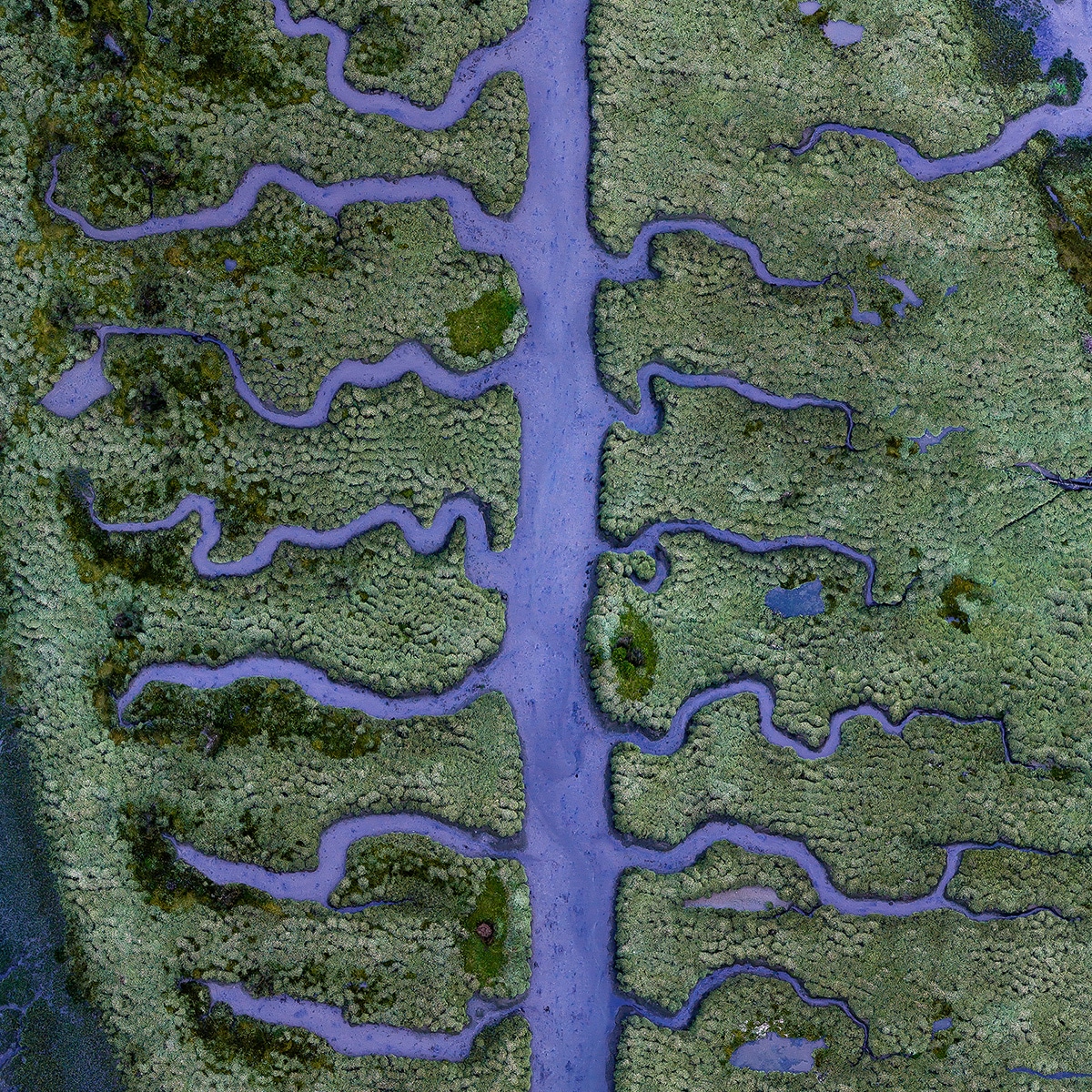 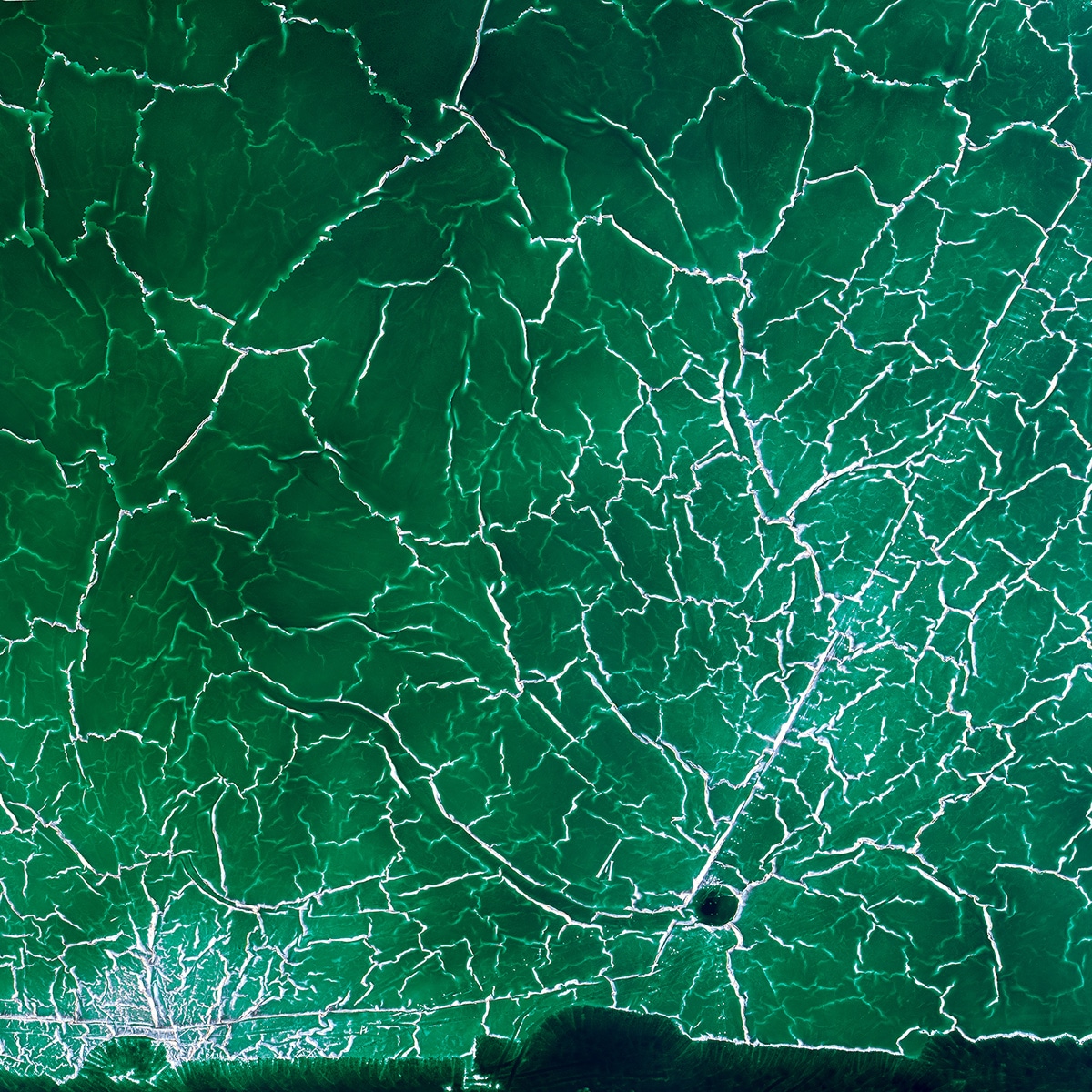 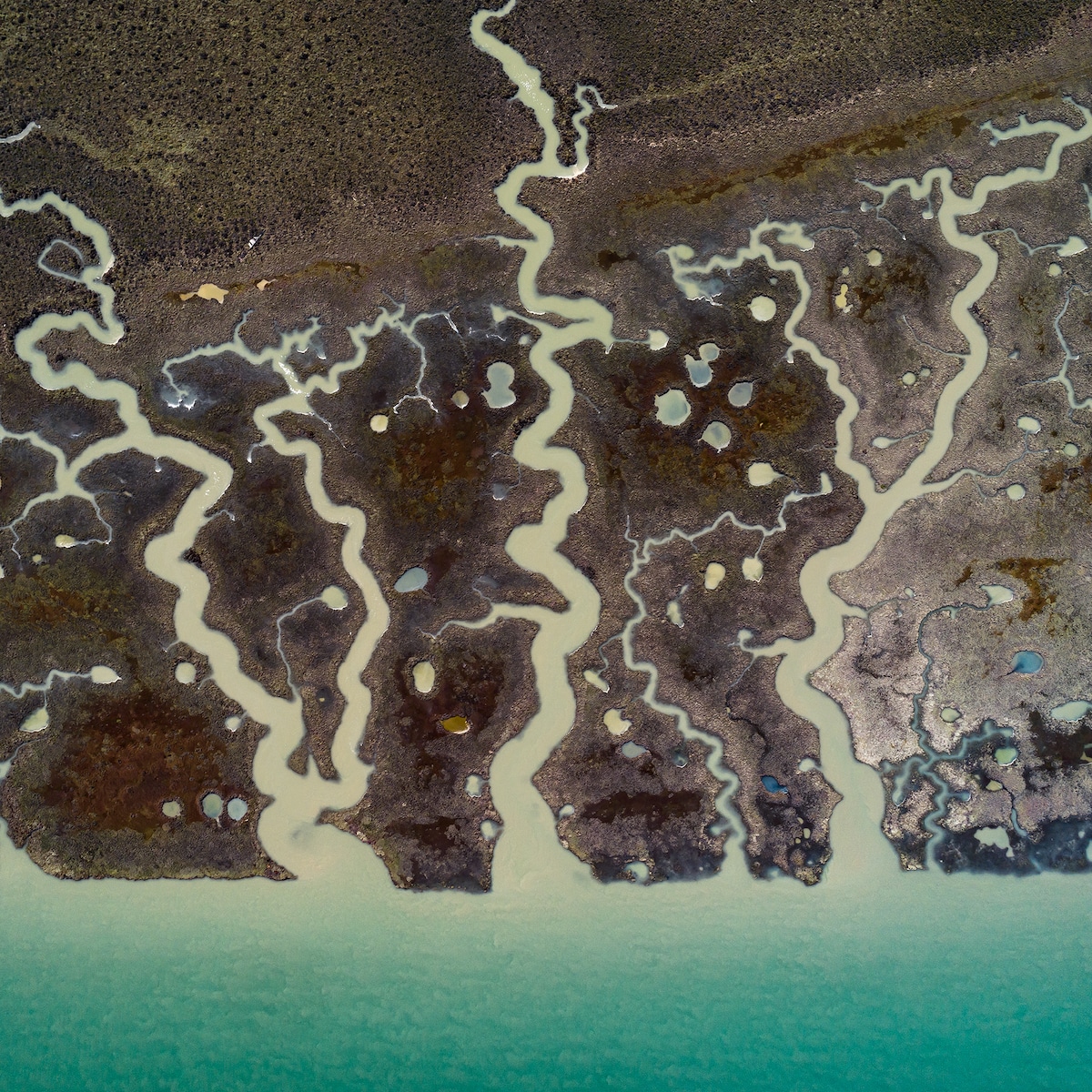 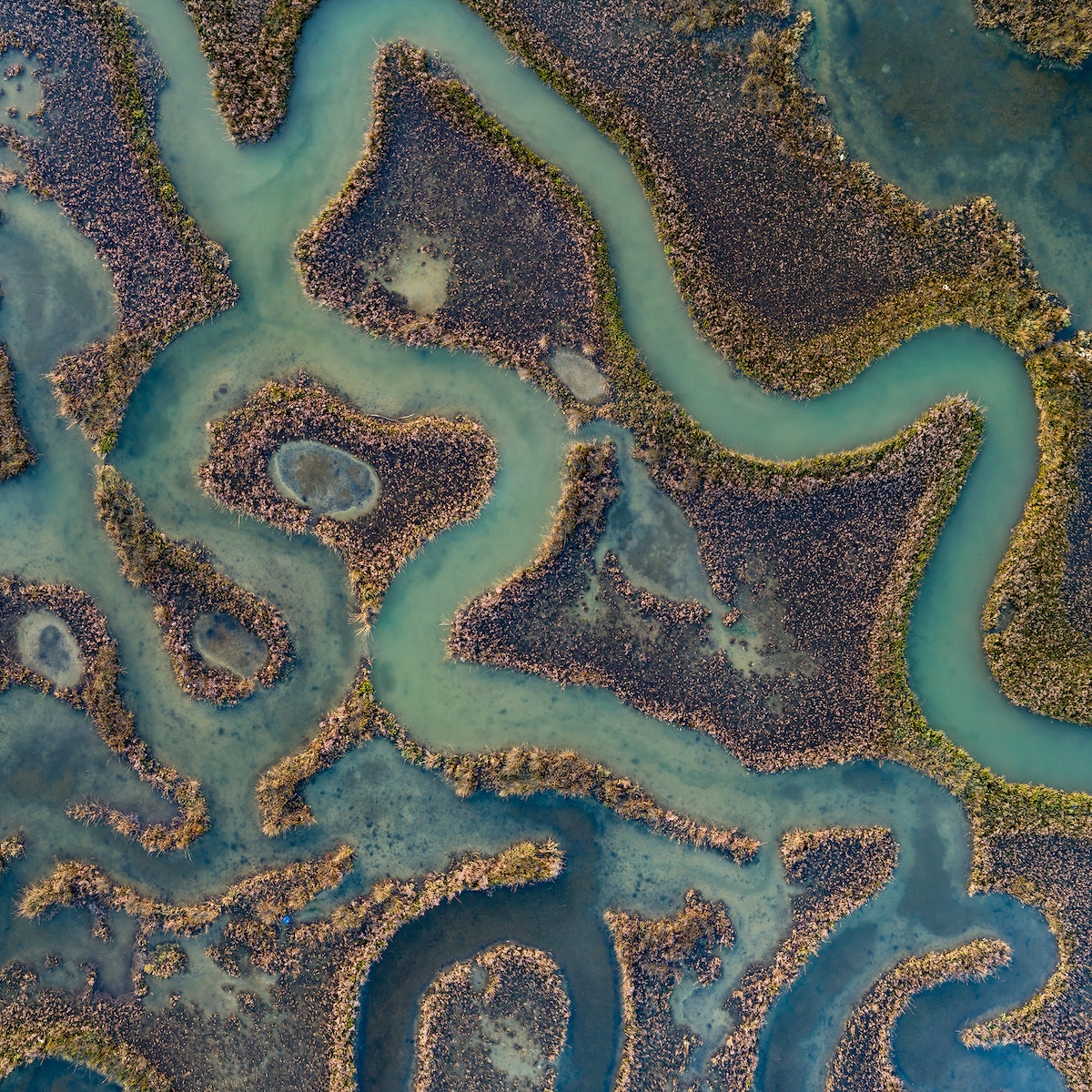 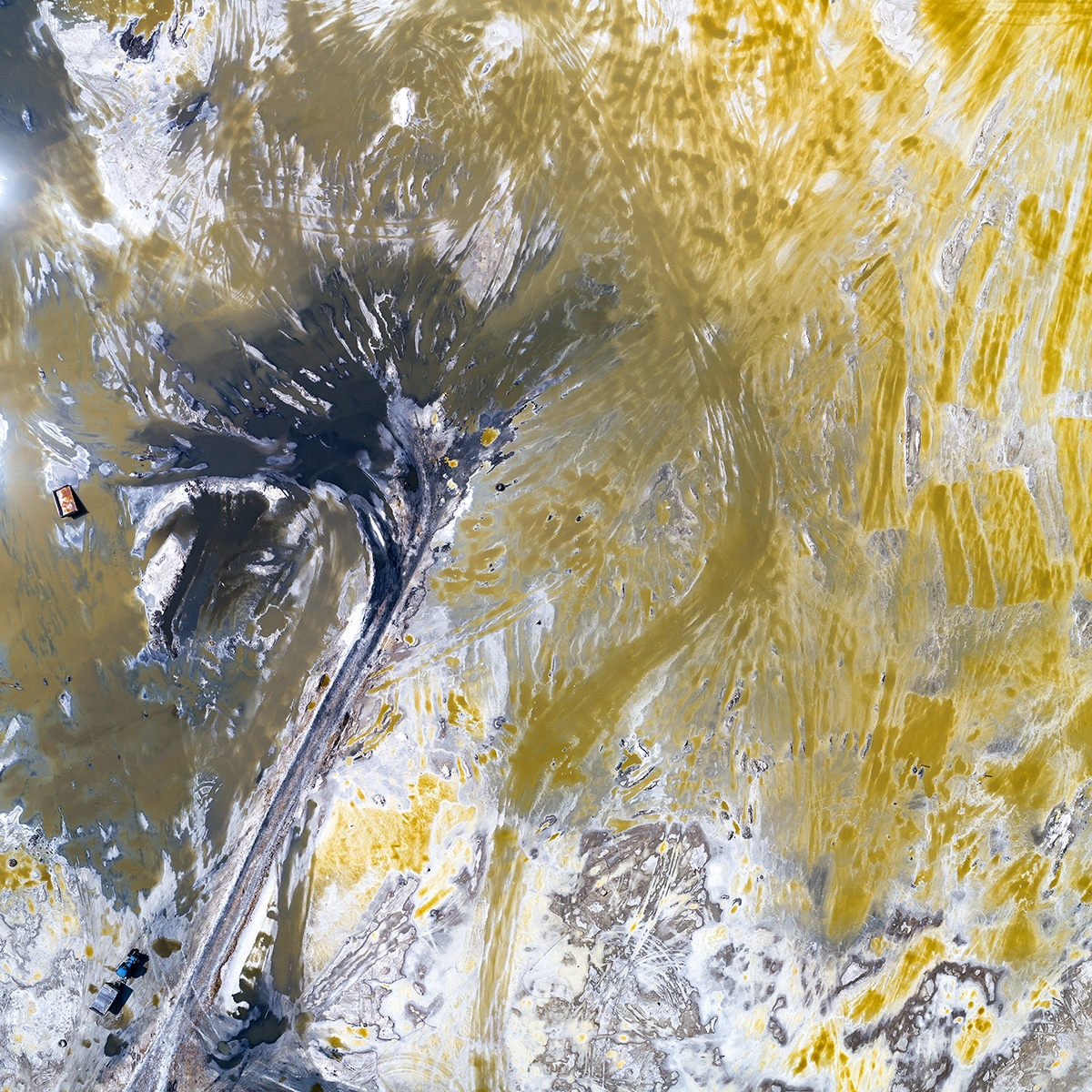 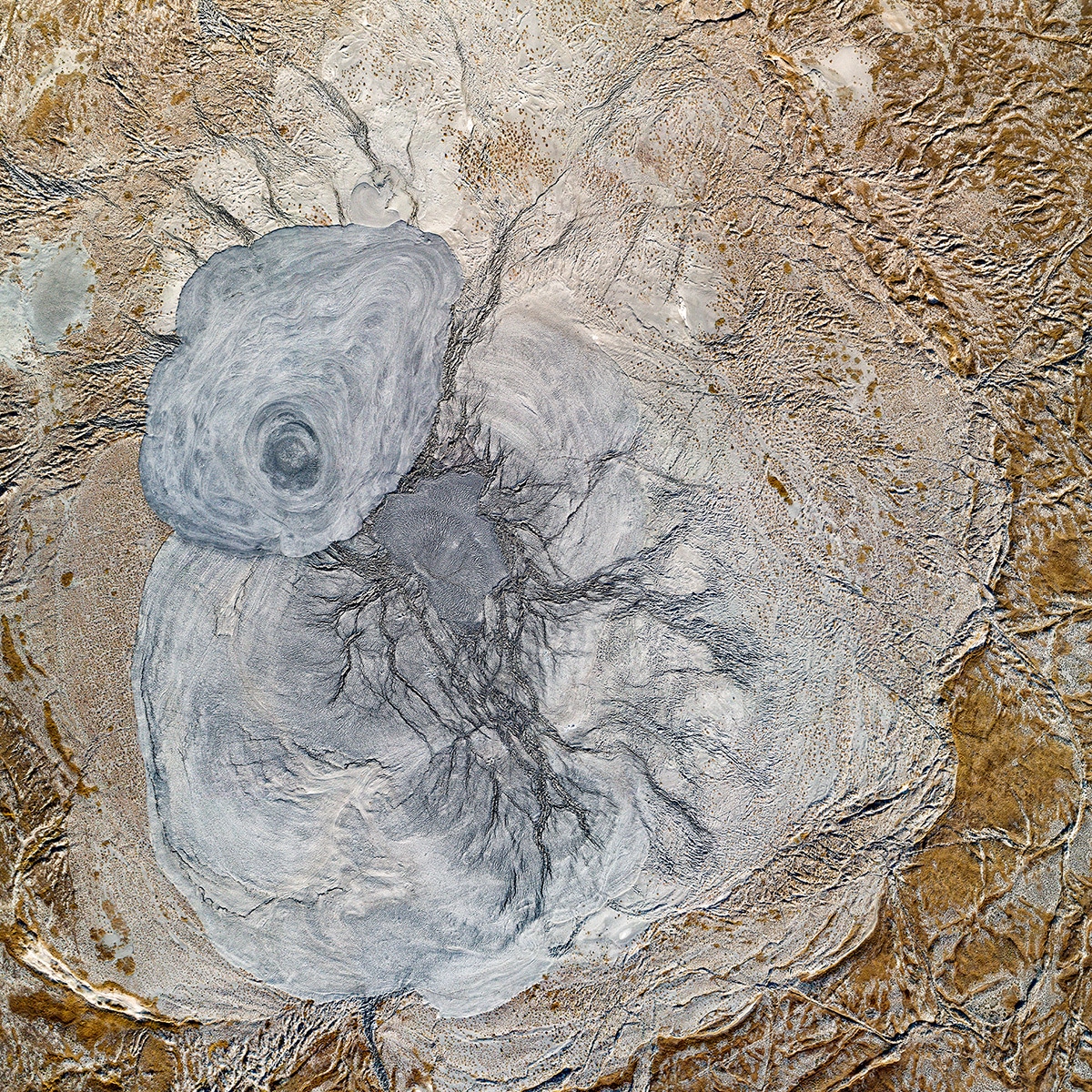 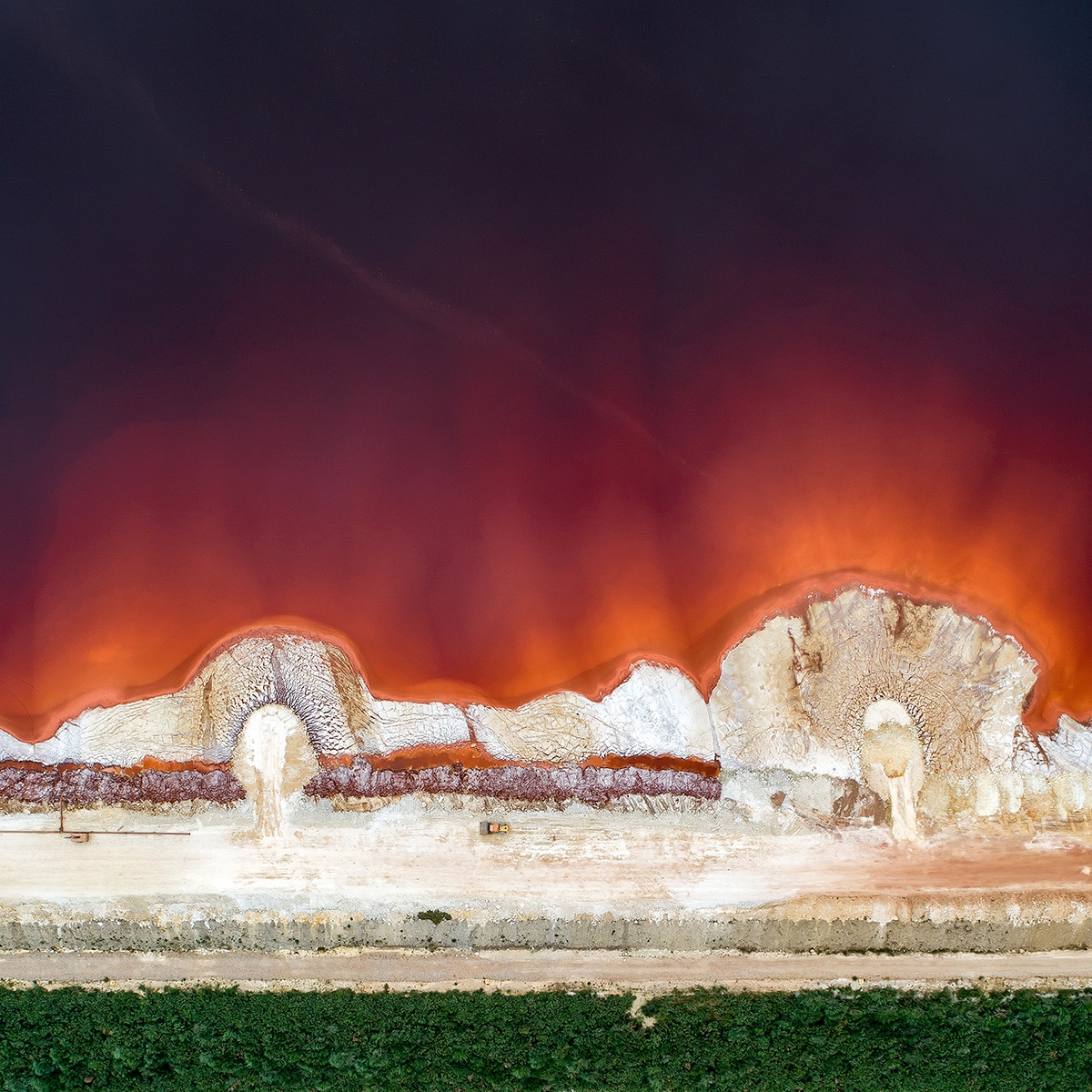 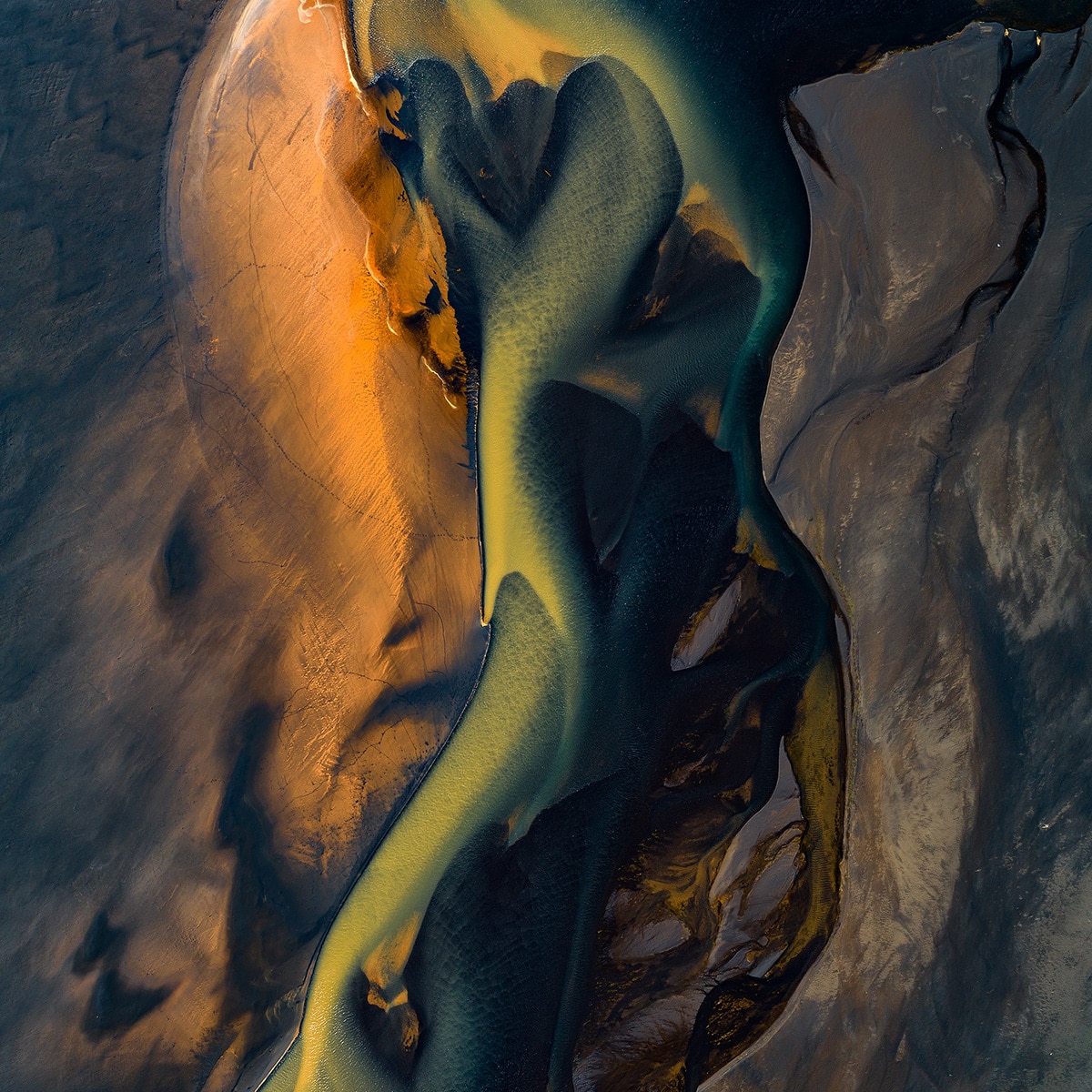 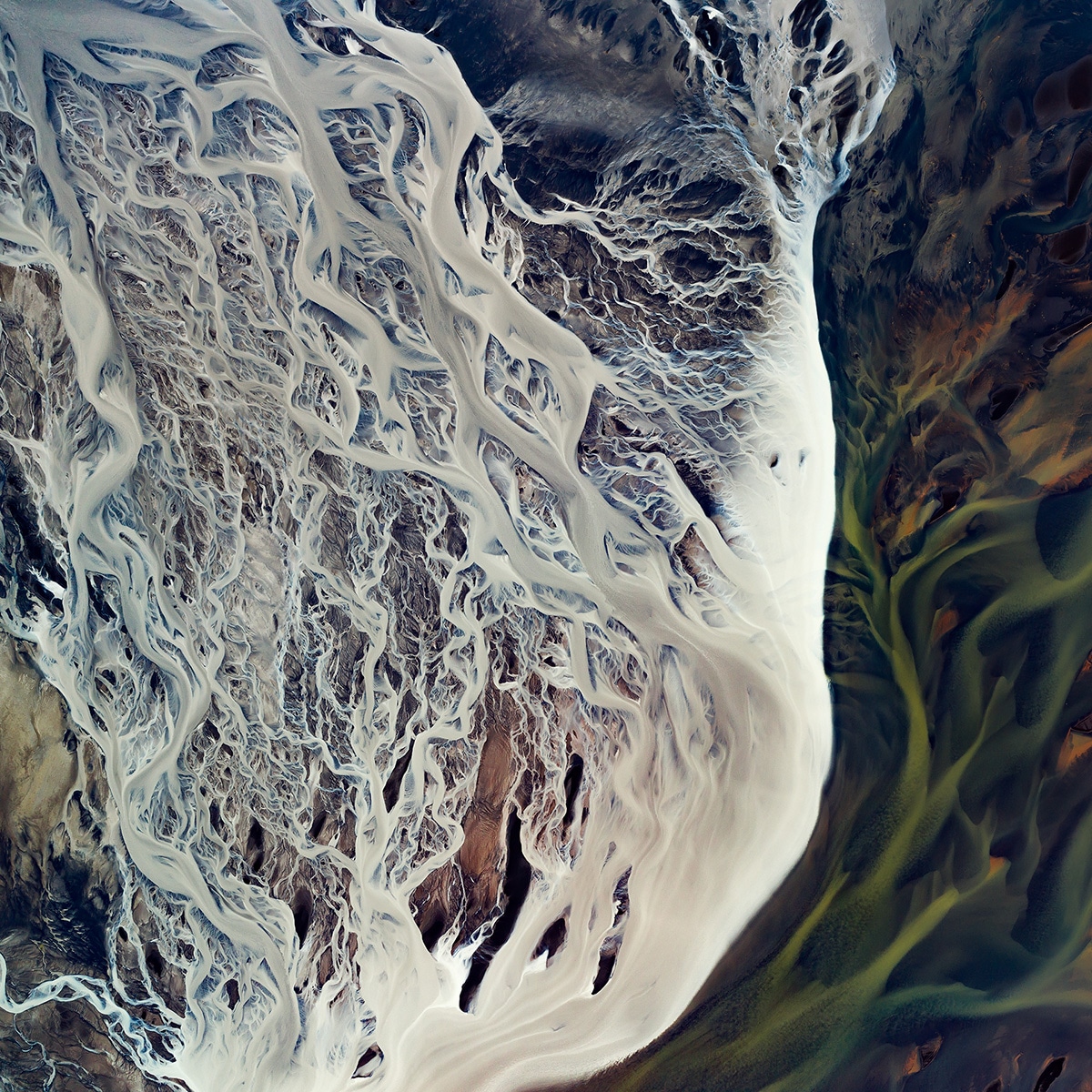 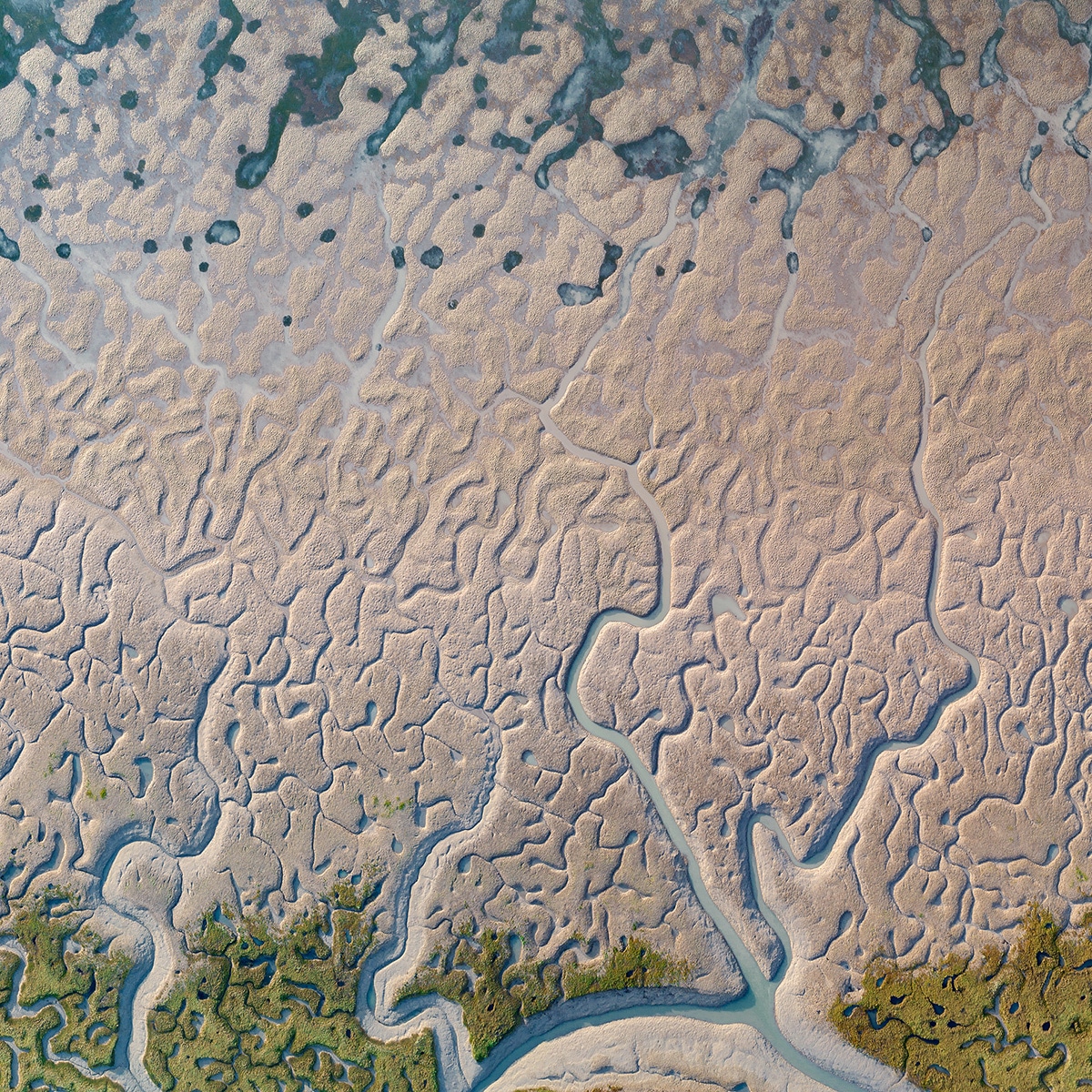 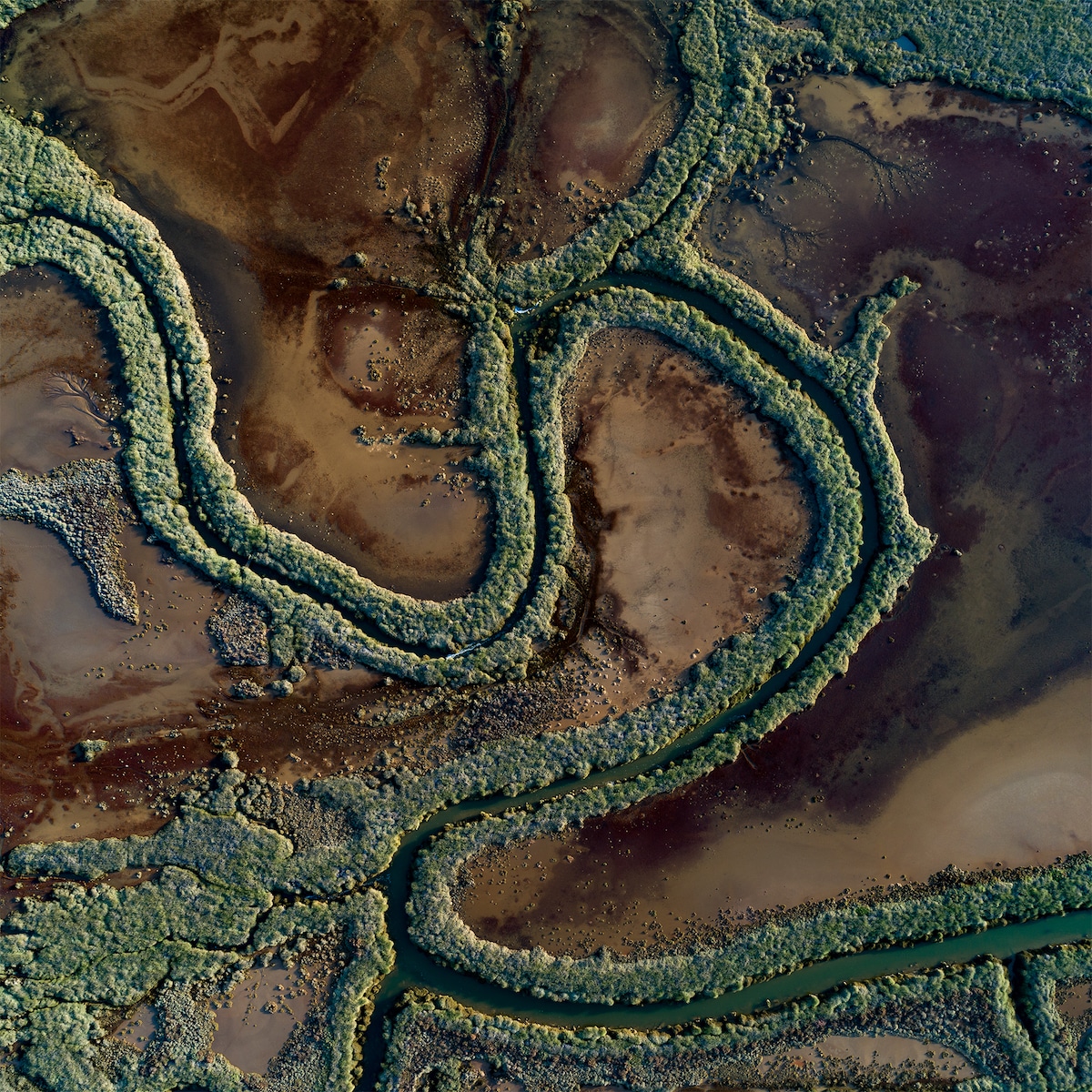 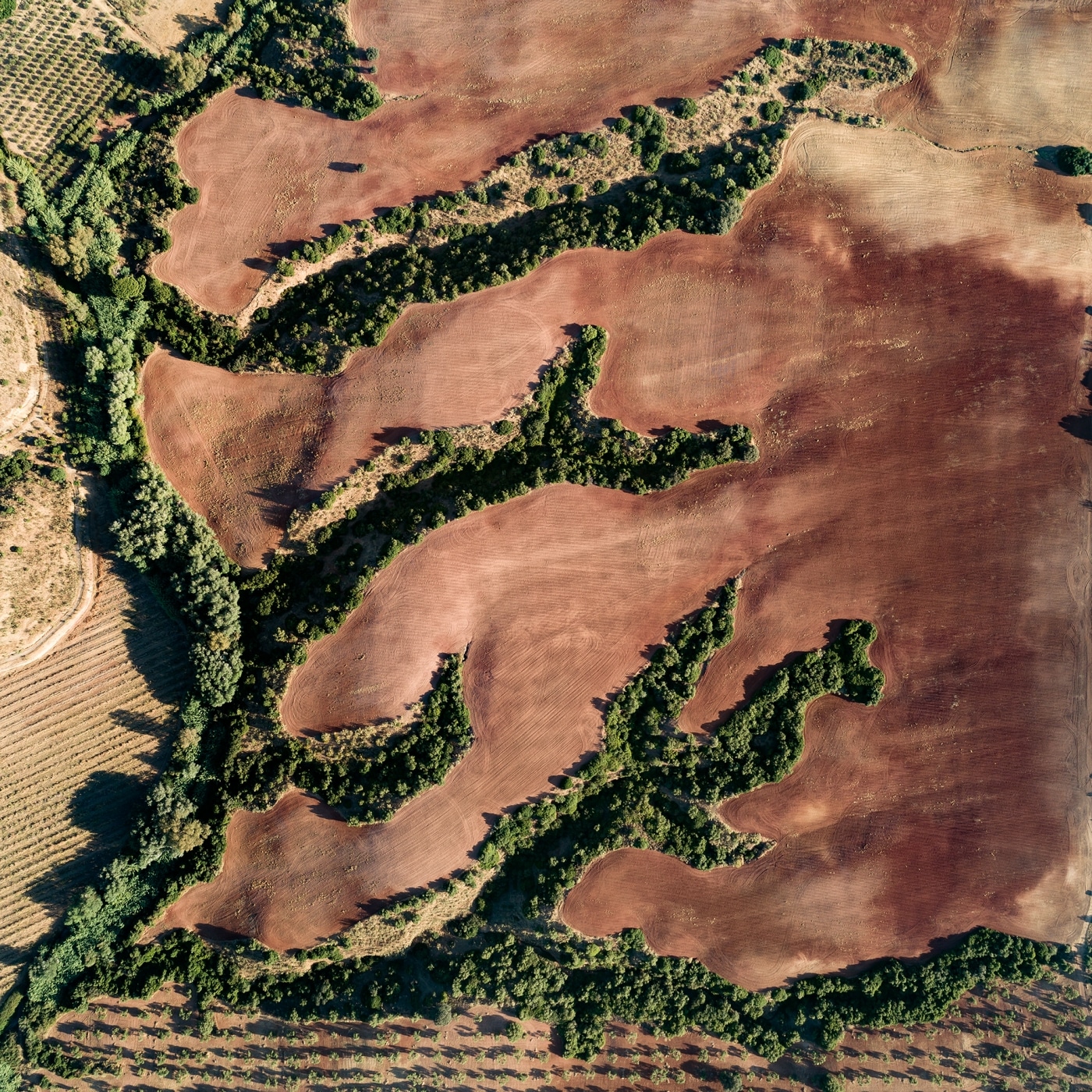 Traces of a dried-out river, Spain

My Modern Met granted permission to use photos by Water.Shapes.Earth.