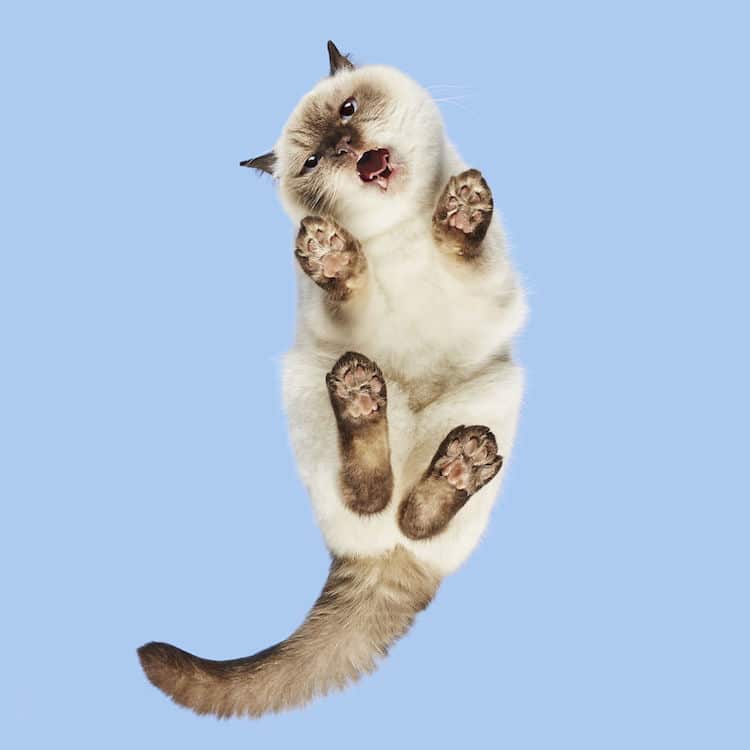 Lithuanian photographer Andrius Burba is known for his unorthodox approach to animal photography—he uses his camera and a unique setup to capture all sorts of creatures from underneath. From the fluffy underbellies of playful pups to the underside of horses, Burba’s experimental Underlook pet portraits reveal how familiar animals look from unfamiliar angles. His latest series, aptly titled Under-Cats, shows how furry felines look from below.

“The Underlook project started four years ago when I saw a ridiculous looking picture on the Internet,” reveals Burba. “It was a cat sitting on a glass table that was photographed from underneath. I decided to level up the idea and photograph it professionally to see those paws in hi-res and that is how the Underlook project was born.”

Having previously shot his subjects with black backgrounds, Burba decided to brighten up his latest series using colorful paper backdrops. Breeds of all shapes, colors, and sizes were placed onto the glass surfaces, with Burba’s camera below. In a behind-the-scenes video of the photoshoot, Burba reveals how some of his furry subjects seem relaxed and unfazed by the strange glass surface, while others needed the distraction of a toy to get into position. The resulting portraits reveal each cat’s purrfect paws, fluffy tummies, and inquisitive expressions in high-definition detail.

So, what’s next for Burba? The brave photographer plans to photograph the underbellies of tigers!

You can see more from the Underlook series on Burba’s website, and purchase prints and other merchandise via his online shop.

Photographer Andrius Burba showcases the adorable underbellies of cats in a series of striking portraits. 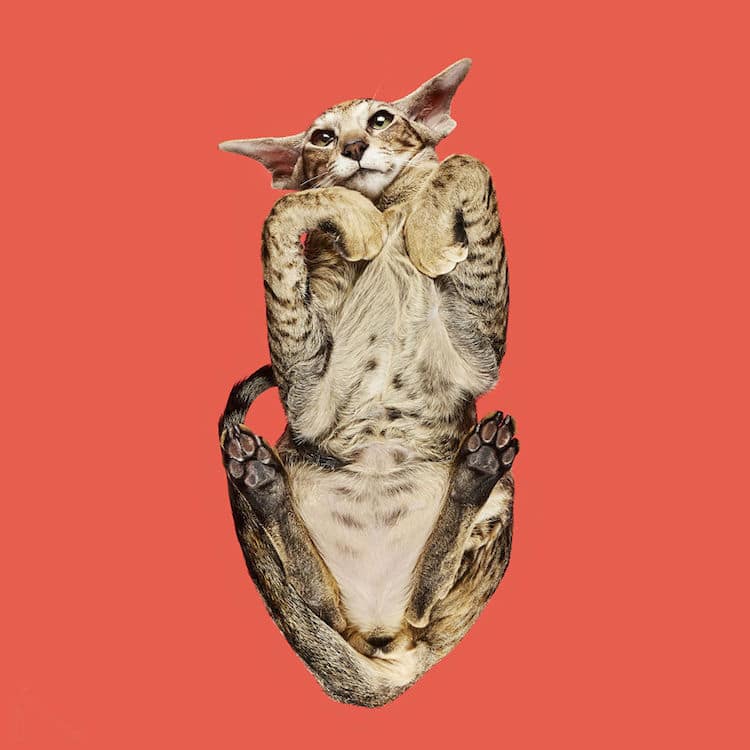 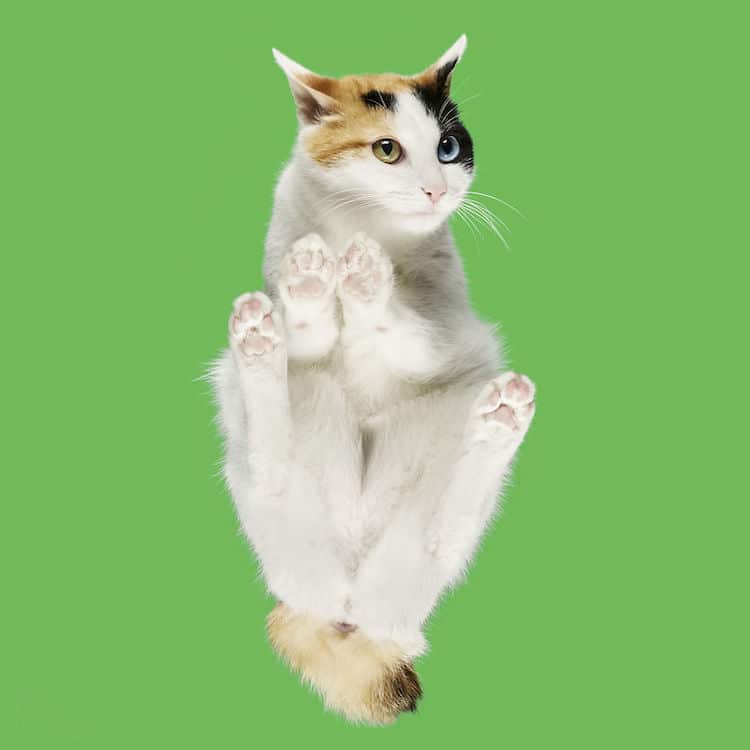 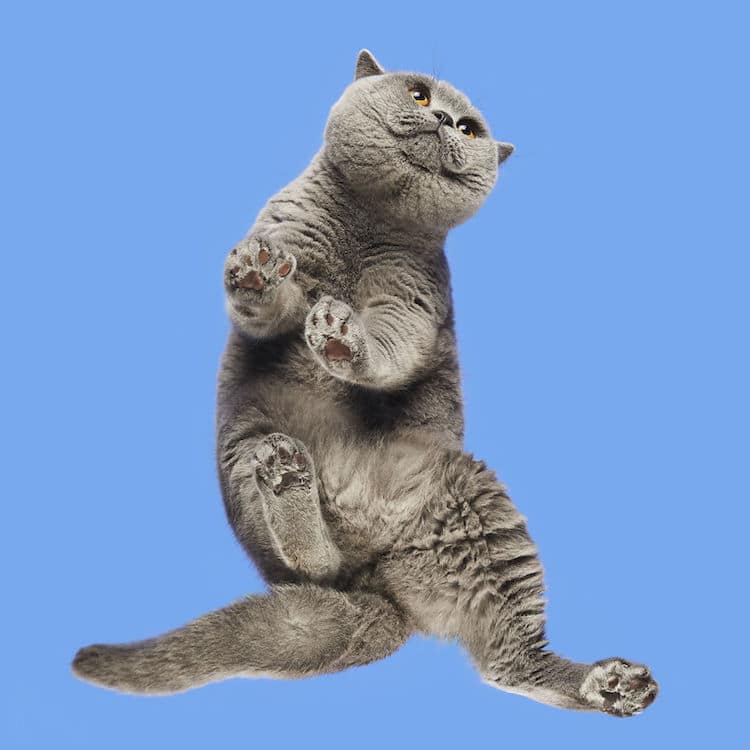 Aptly titled Under-Cats, each furry subject was placed on a glass surface and shot from below. 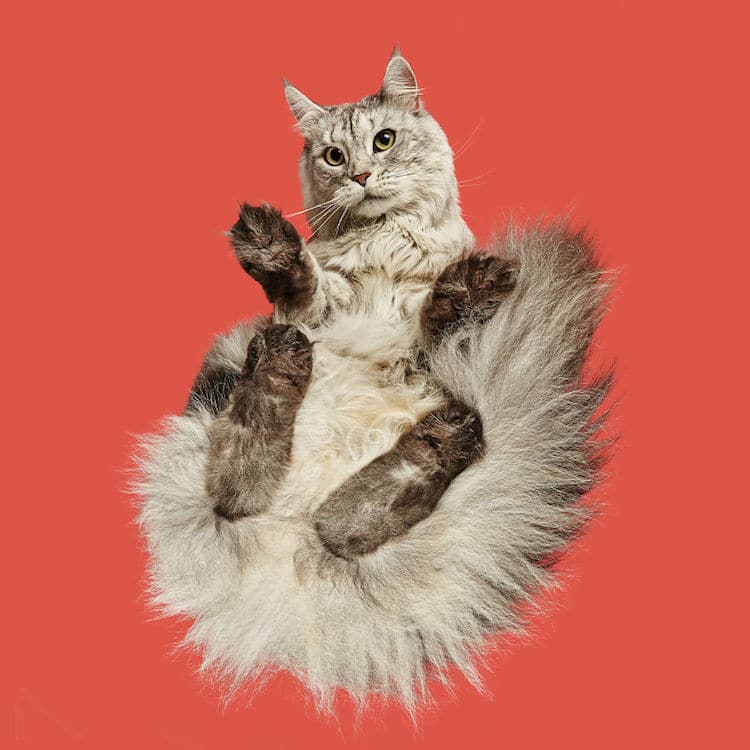 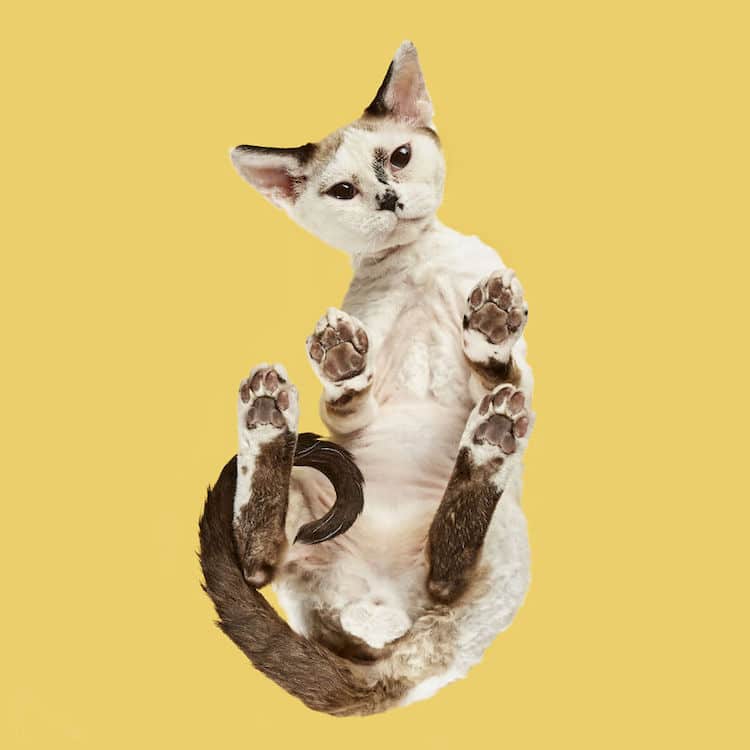 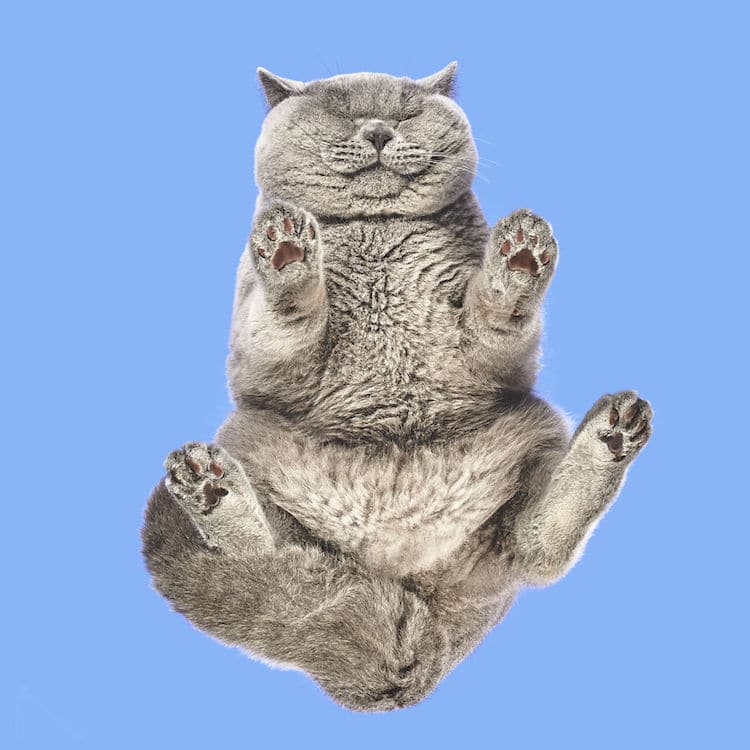 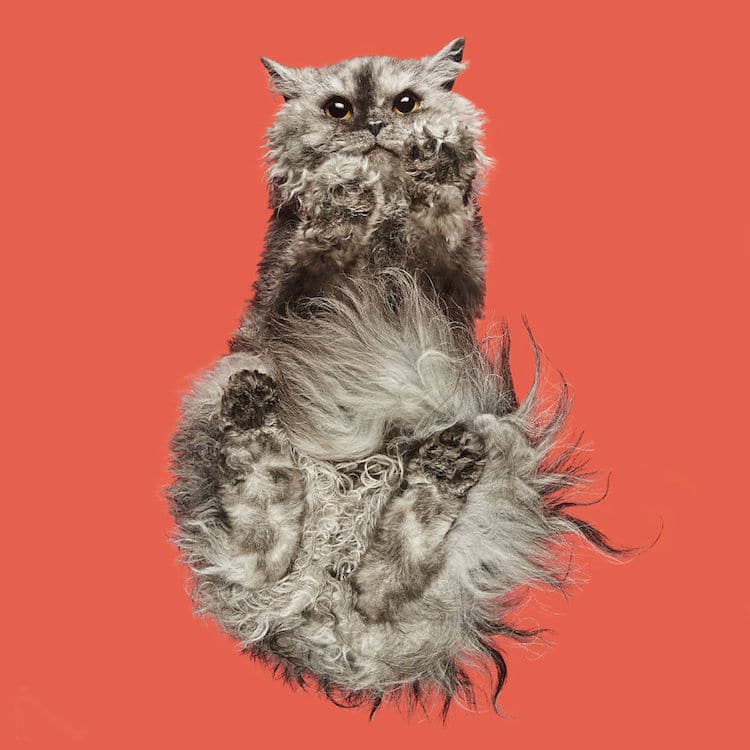 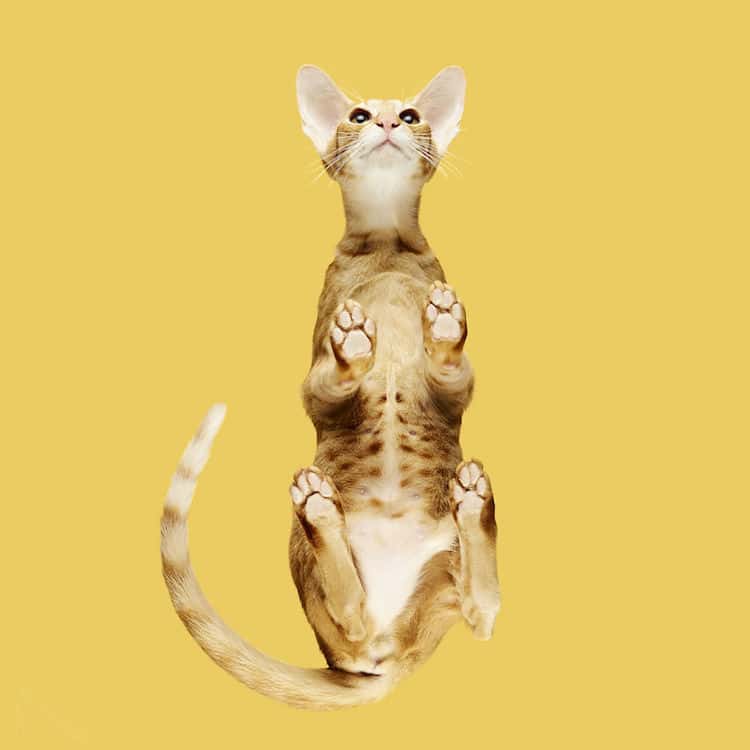 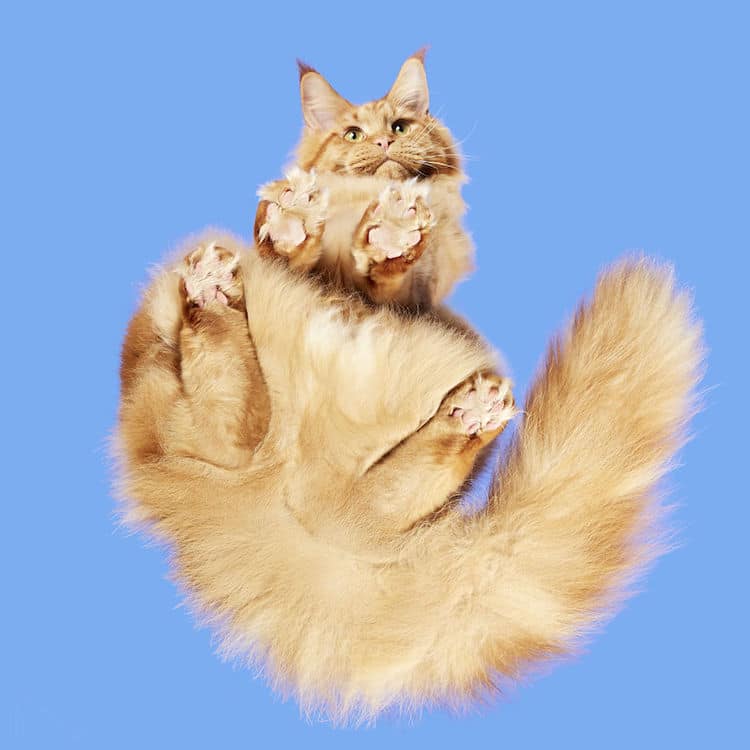 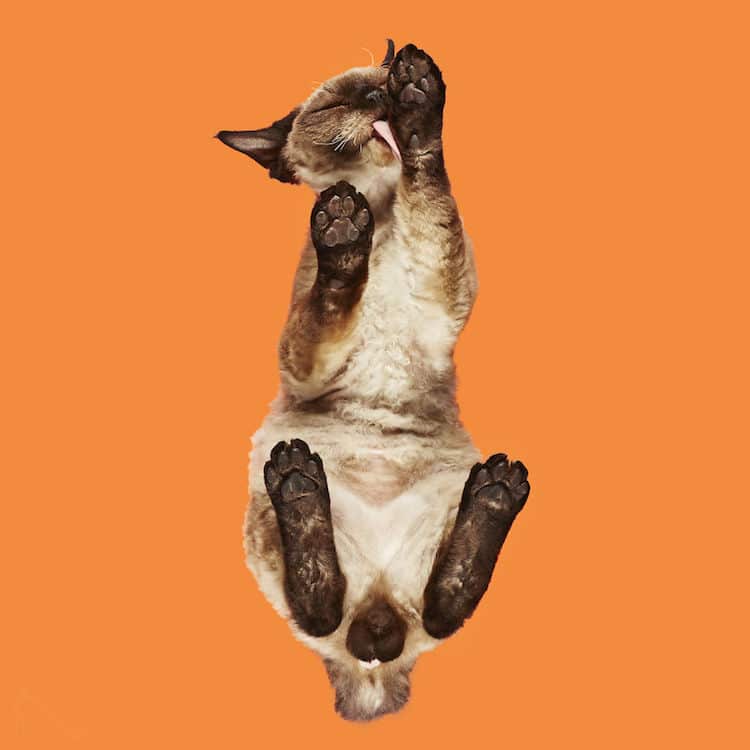 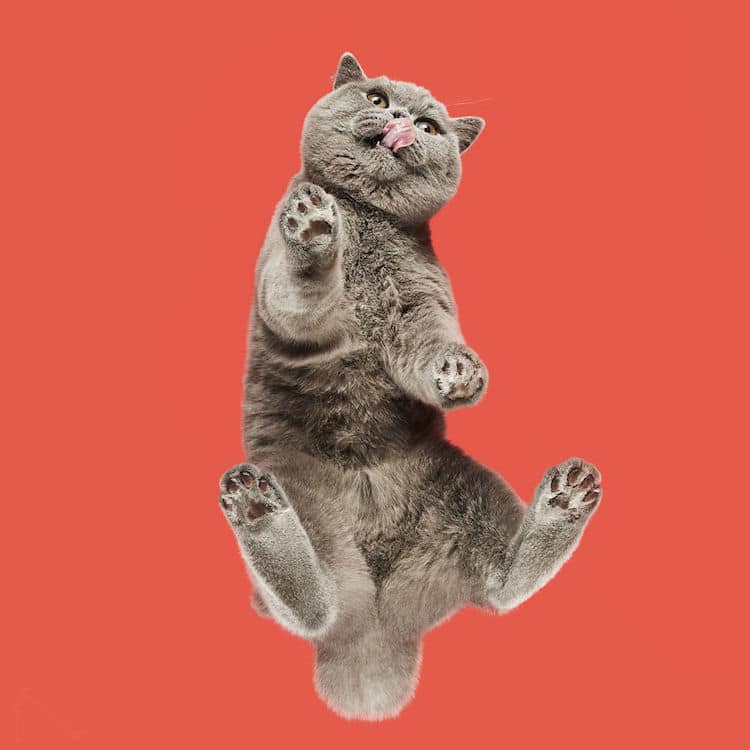 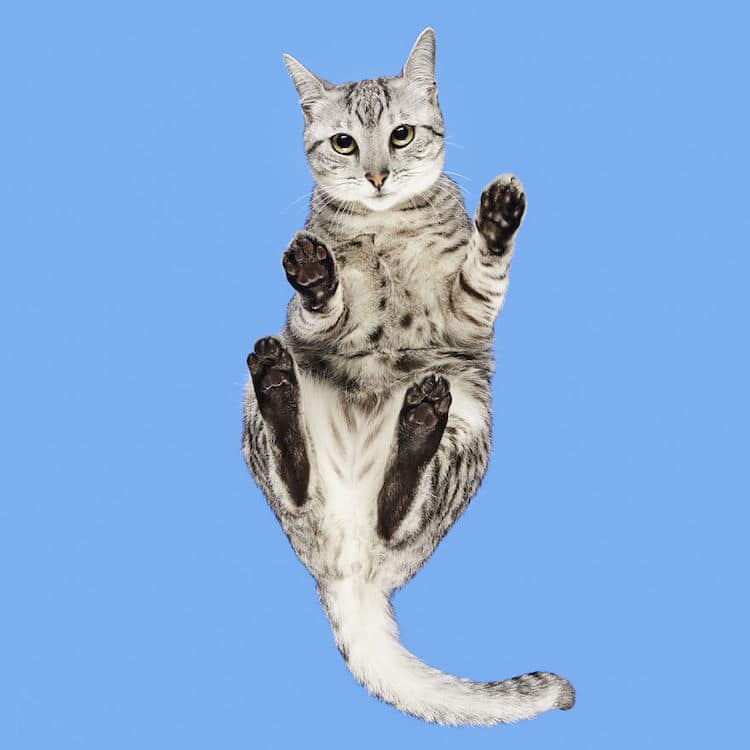 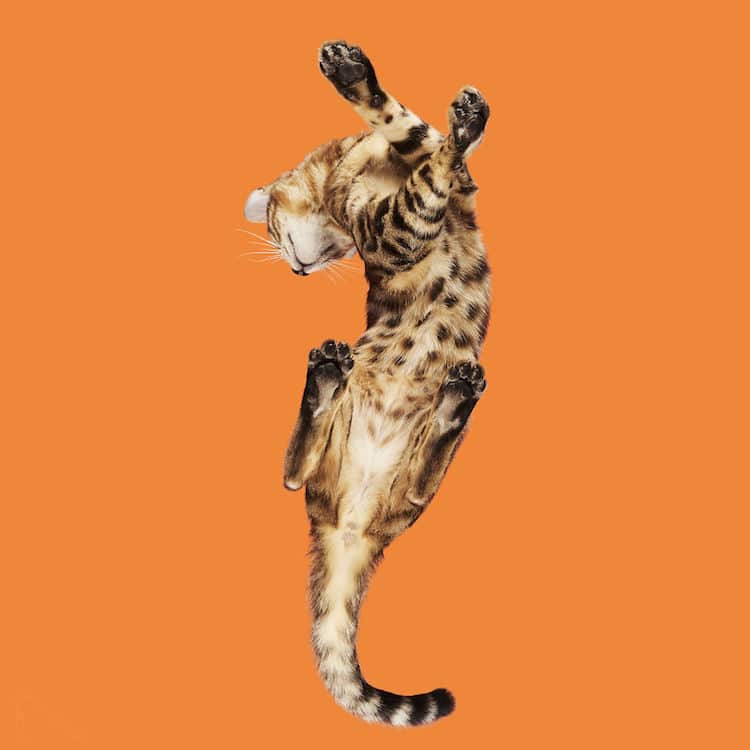 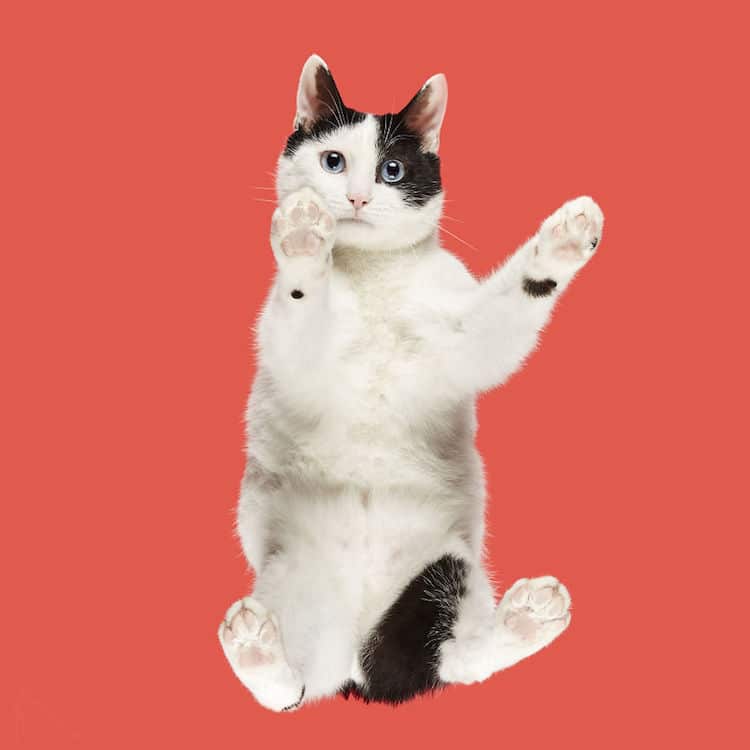 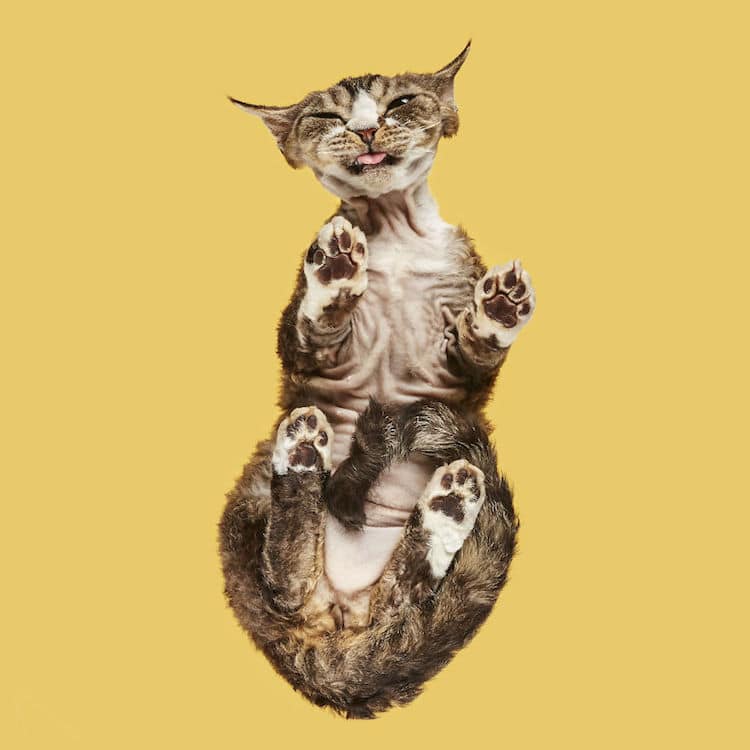 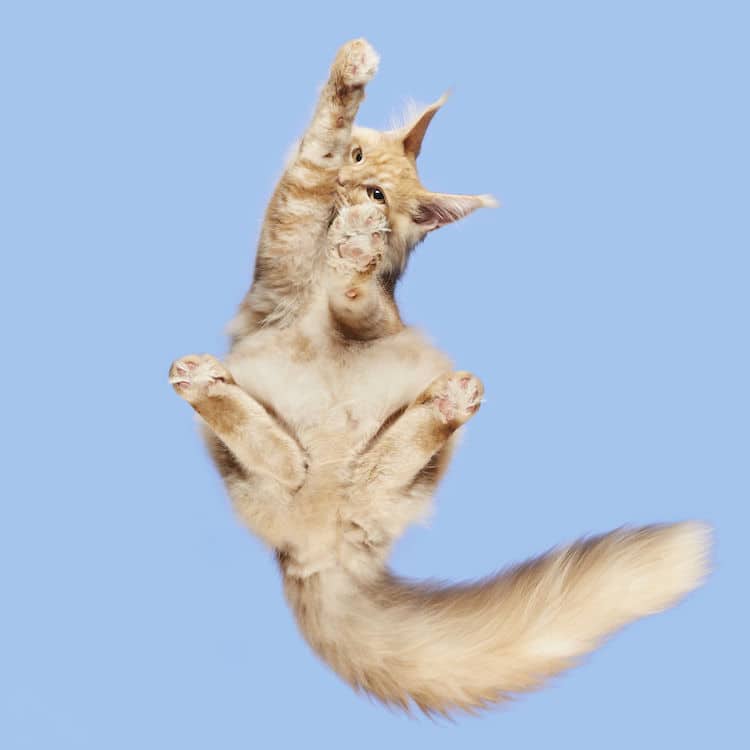 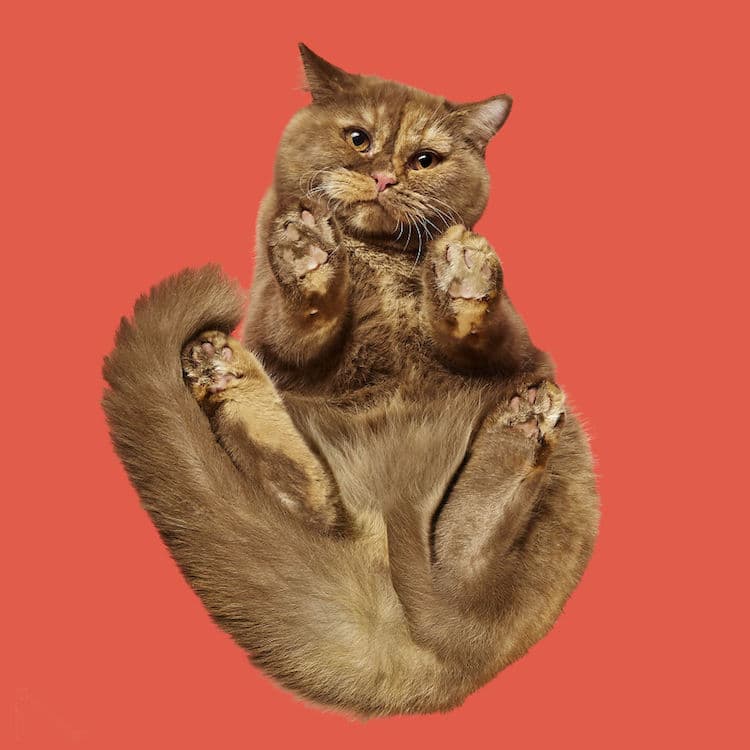 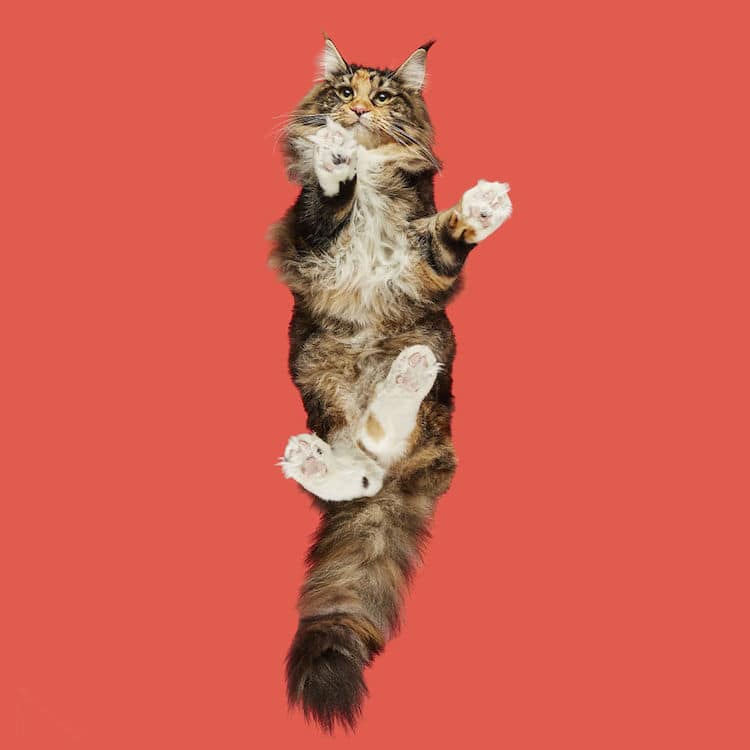 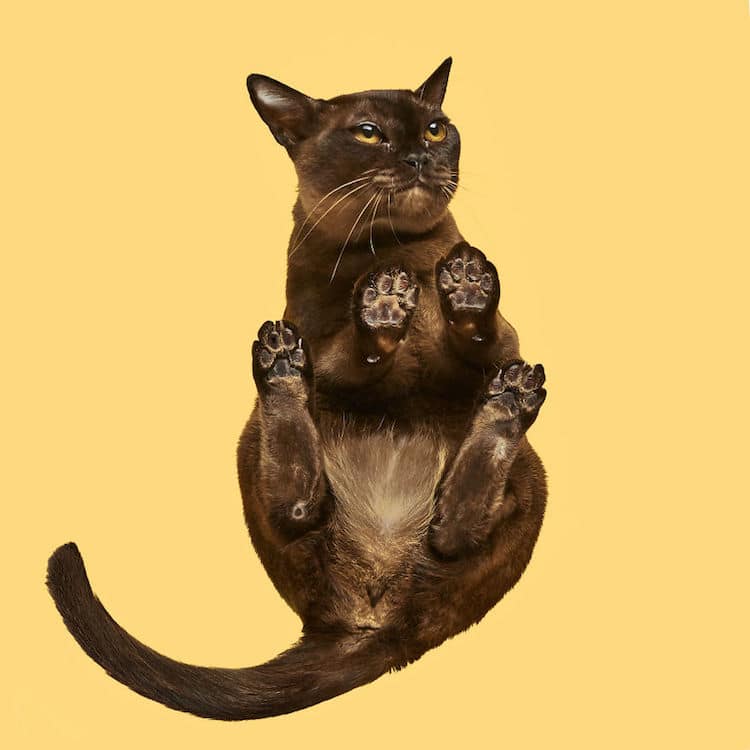 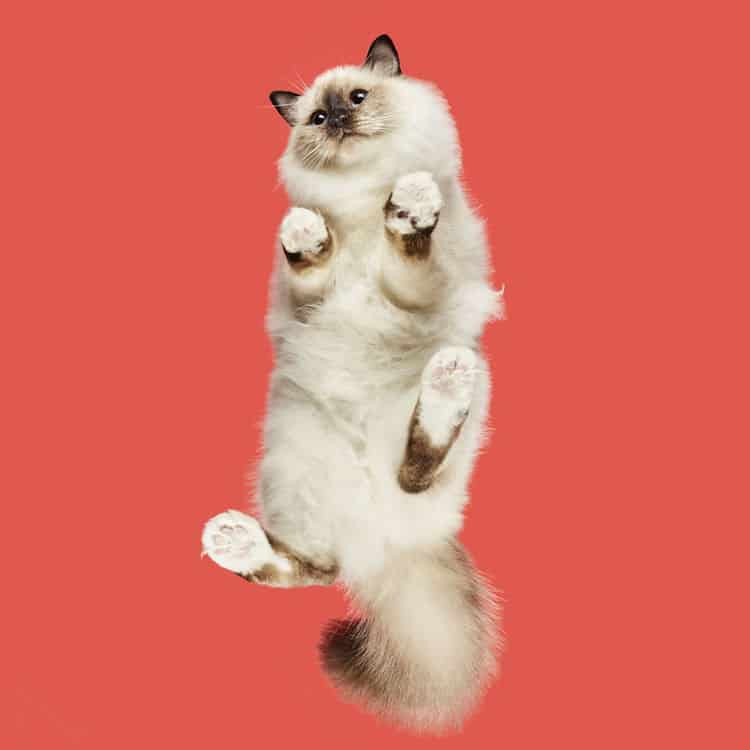 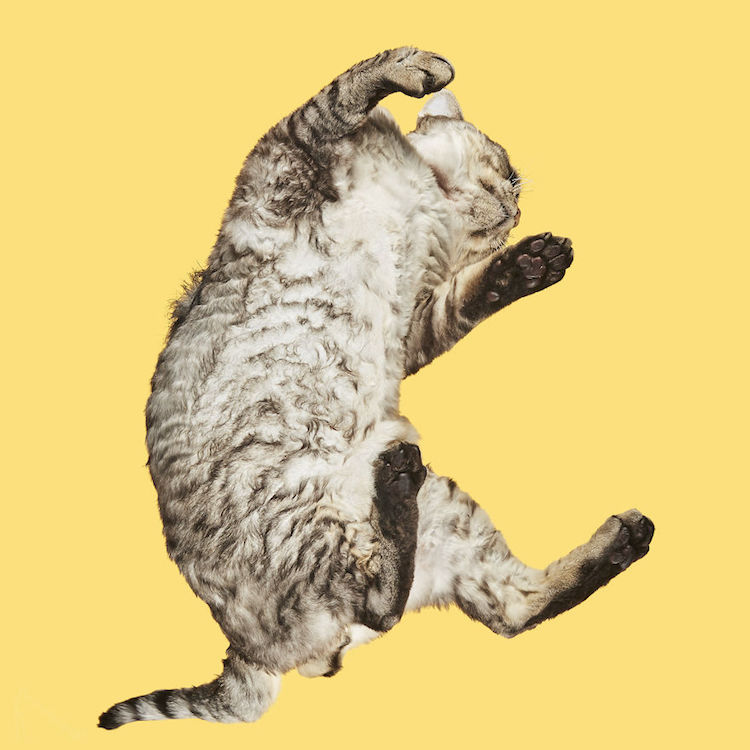 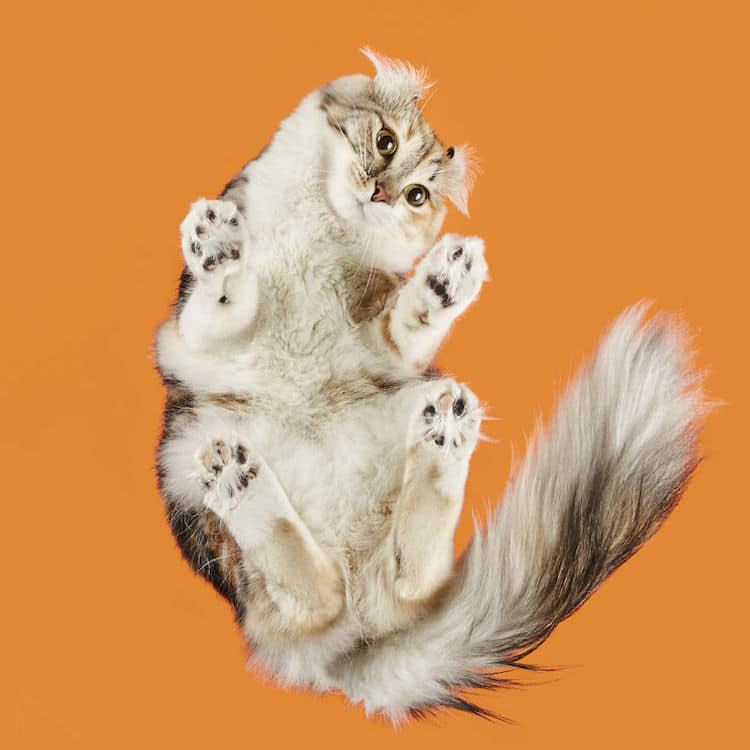 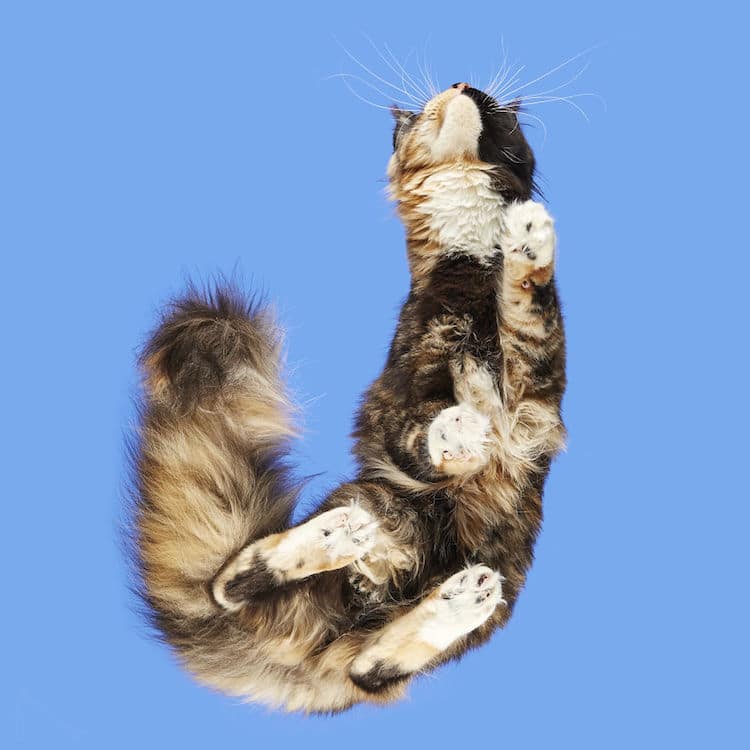 Here’s a look behind the scenes.

My Modern Met granted permission to use photos by Andrius Burba.

Adorable Photos Reveal the Fluffy Under Belly of Playful Pups

Striking Photos Reveal What Horses Look Like From Below

The post Adorable Photos Reveal What Curious Cats Look Like From Below appeared first on My Modern Met.