Ah, nature’s call… it happens to the best of us, even the blue whale, the world’s largest animal! From an aerial view, a blue whale can be seen leaving a trail of green-tinged defecation across the stark blue ocean. Such unique documentation can help researchers better understand what little is understood about these magnificent mammals, including their migratory behavior and food supply, as well as the health of the marine habitat. 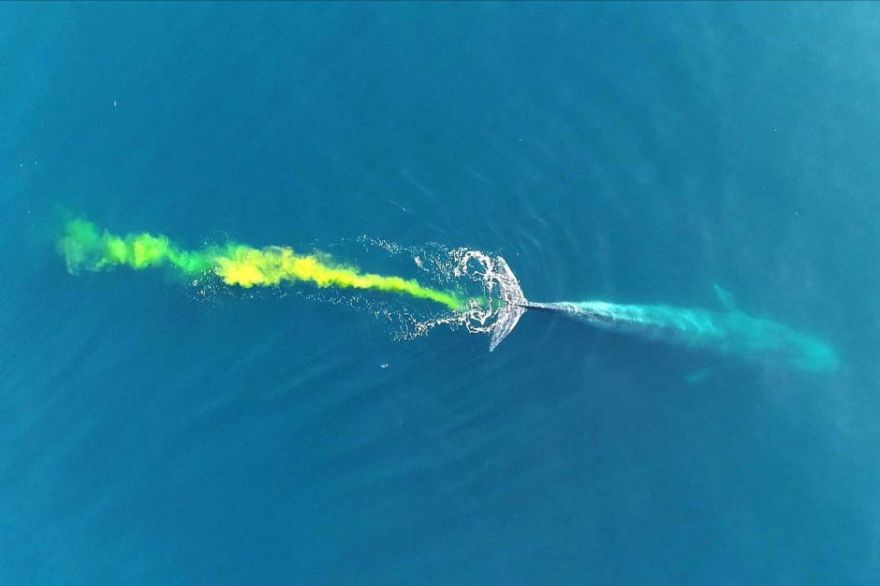 “A blue whale can excrete up to 200 litres of poo in one bowel movement,” according to West Australian Centre for Whale Research researcher Curt Jenner. As for the poo itself, its smell is compared to that of a dog, with the texture of bread crumbs and the appearance of ping pong balls.