In an ideal world, planning a wedding would be a thrill. An absolute blast. Something people would spend $40K on and walk away with no regret, just beautiful memories. But the reality is much more mundane. Stuff like creating the guest list, choosing a venue or trying to find the perfect wedding dress can make anyone stressed. And although disagreements are normal when dealing with something this big, sometimes they are really irrational.

One Reddit user u/AITA__return2021 shared her story on r/AITA about how her fiancé demanded she returns a $400 wedding dress that she bought with her own money. After the woman refused, he said that “only smart brides save money instead of blowing it all on… a dress.”

As you can guess, that did not go down well with the bride-to-be, who just wanted to look her best on this special occasion. Scroll down to read the whole story below and be sure to share your thoughts on whether you think the author was right or wrong. 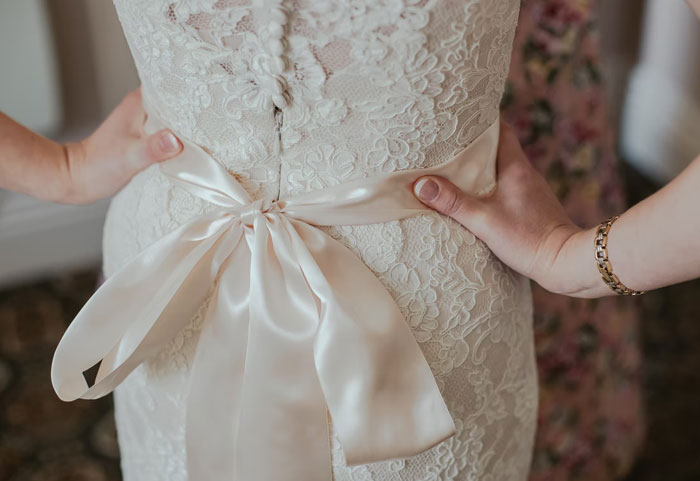 Wife-to-be is asking if she did the wrong thing, even if the boyfriend called her irresponsible and childish 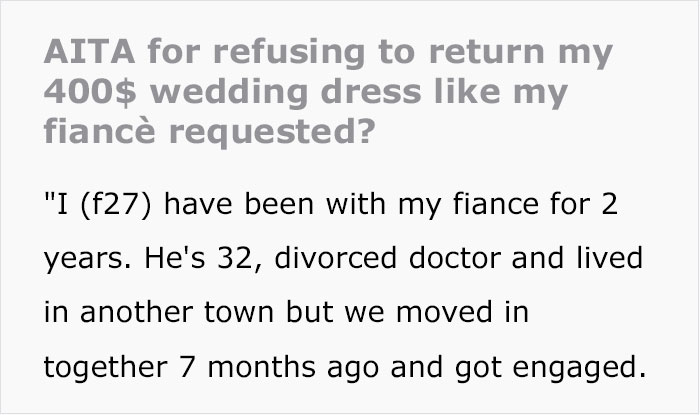 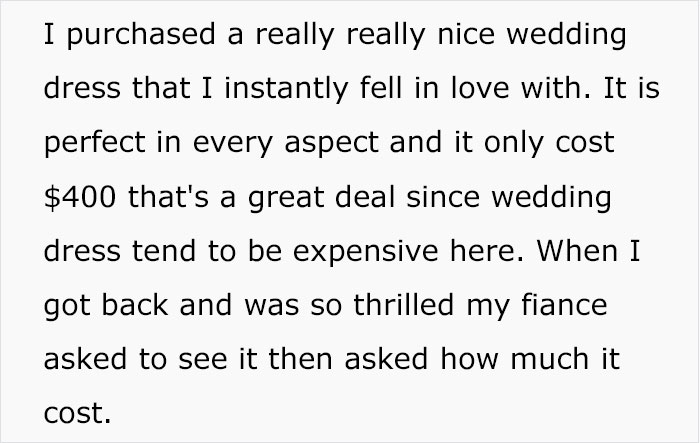 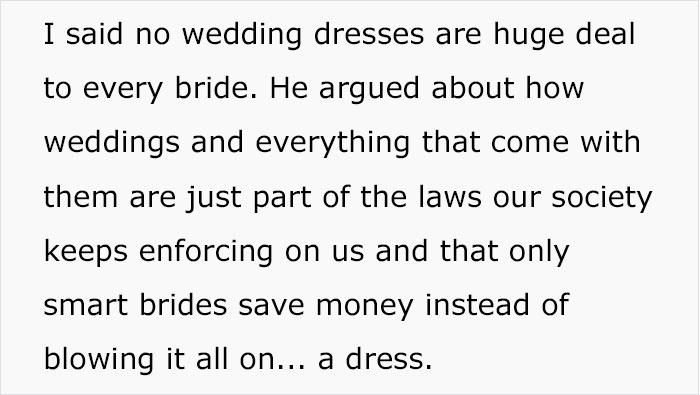 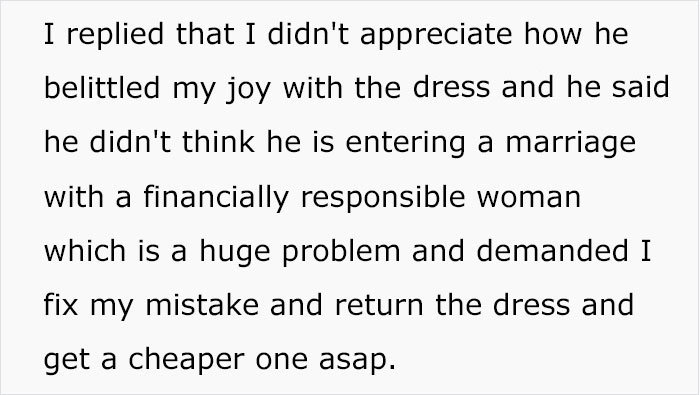 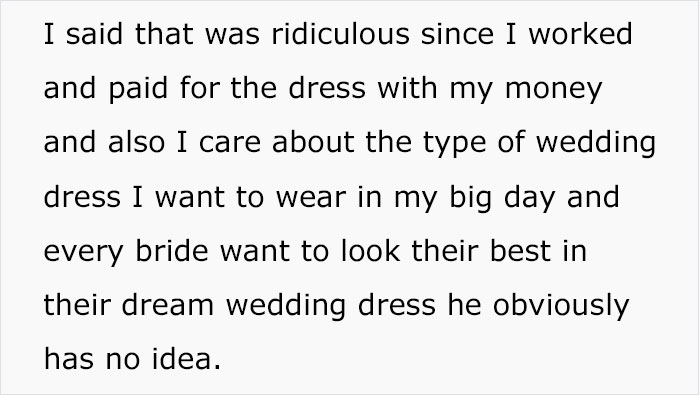 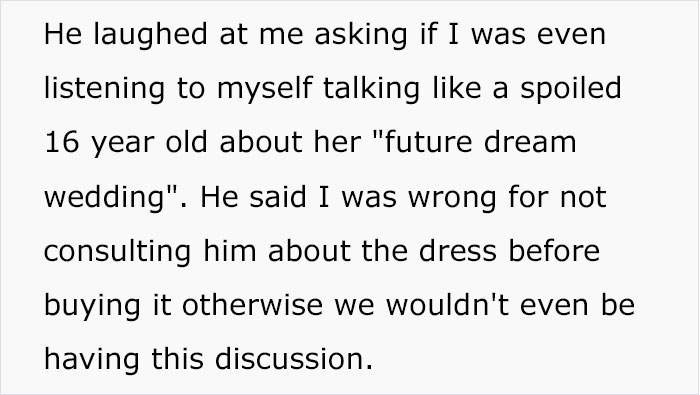 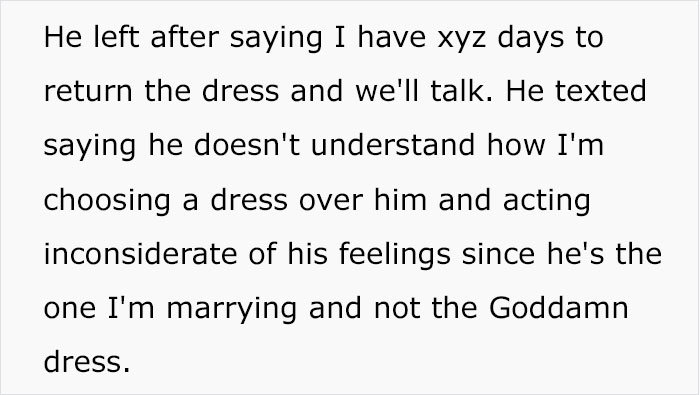 Redditors were unanimous and saw boyfriend’s behavior as controlling 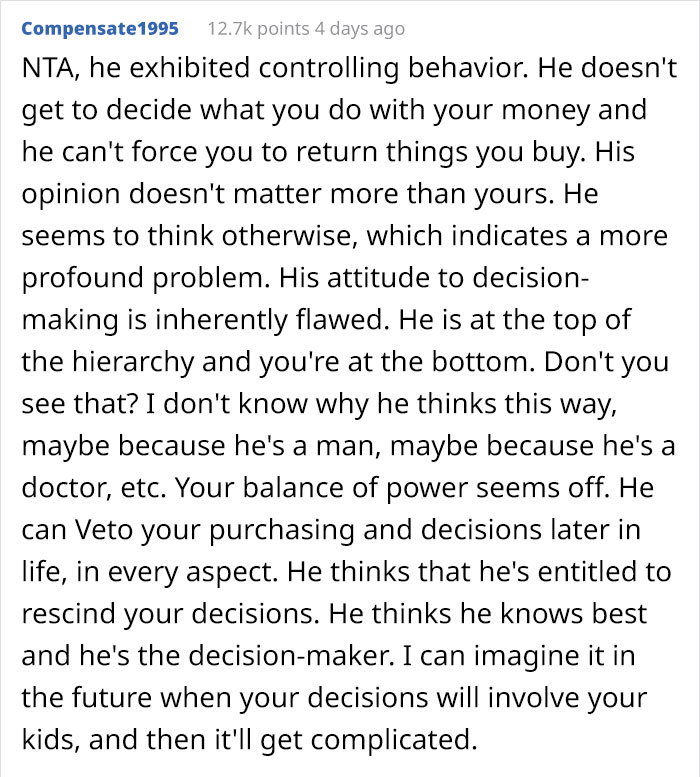 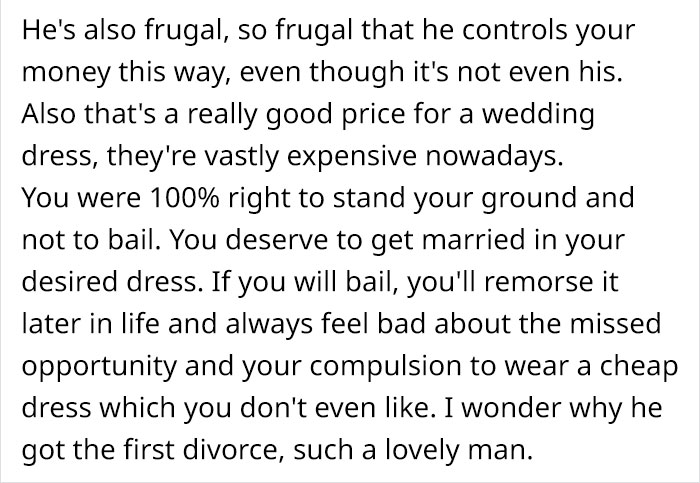 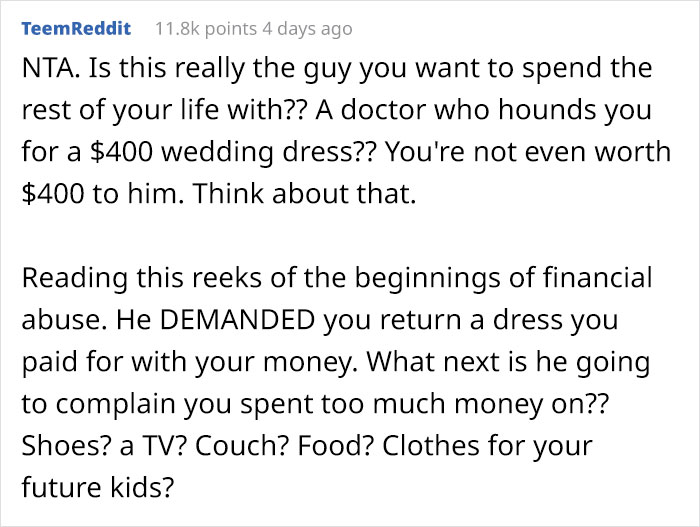 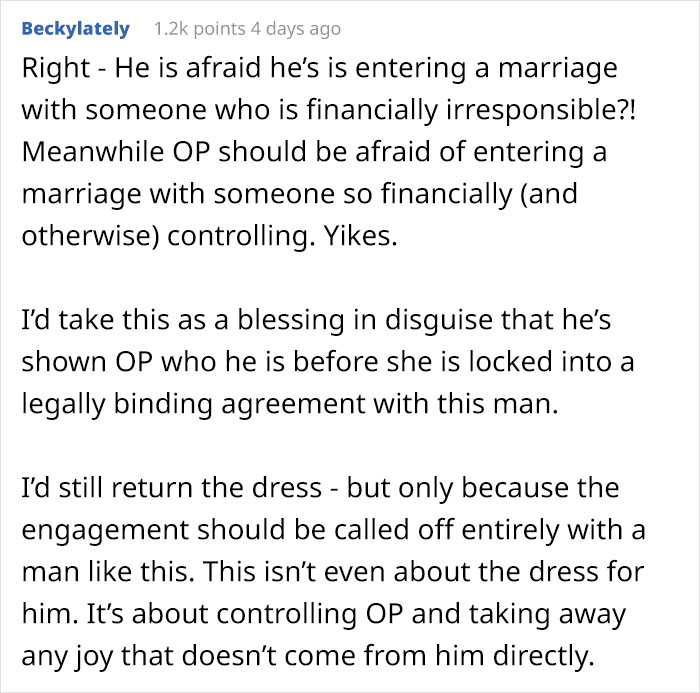 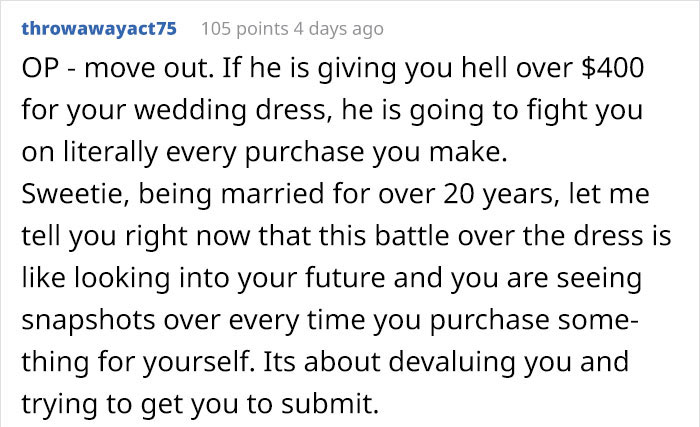 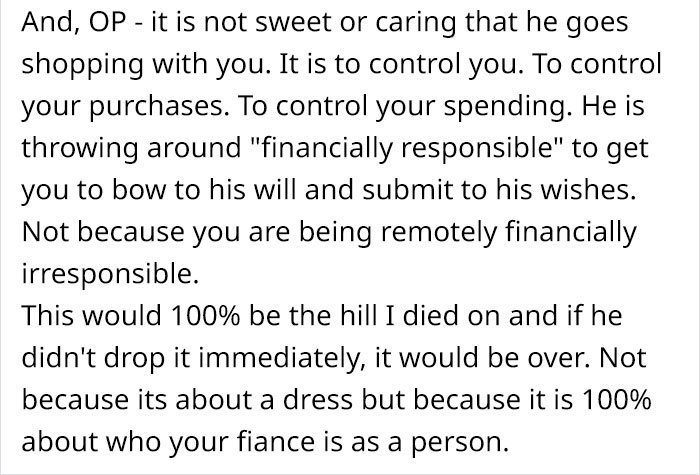 The post “AITA For Refusing To Return My 0 Wedding Dress Like My Fiancé Requested?” first appeared on Bored Panda.