The Qutub Minar in New Delhi is a well known landmark. The sandstone-colored minaret with intricately carved inscription and reliefs on its façade was erected in the late 12th century by Qutubuddin Aibak, the slave general of Muhammad Ghori, to celebrate Ghori’s victory against the Rajput rulers of Delhi. It’s believed that Aibak was inspired by his contemporary, the great Ghurid Sultan Ghiyas-od-din, who built a similar victory tower, the Minaret of Jam, in remote Afghanistan just a few years prior. For the next eight centuries, the Qutub Minar would be the principal attraction in a region that is choke full of monuments and ruins from hundreds of years of Sultanate rule. 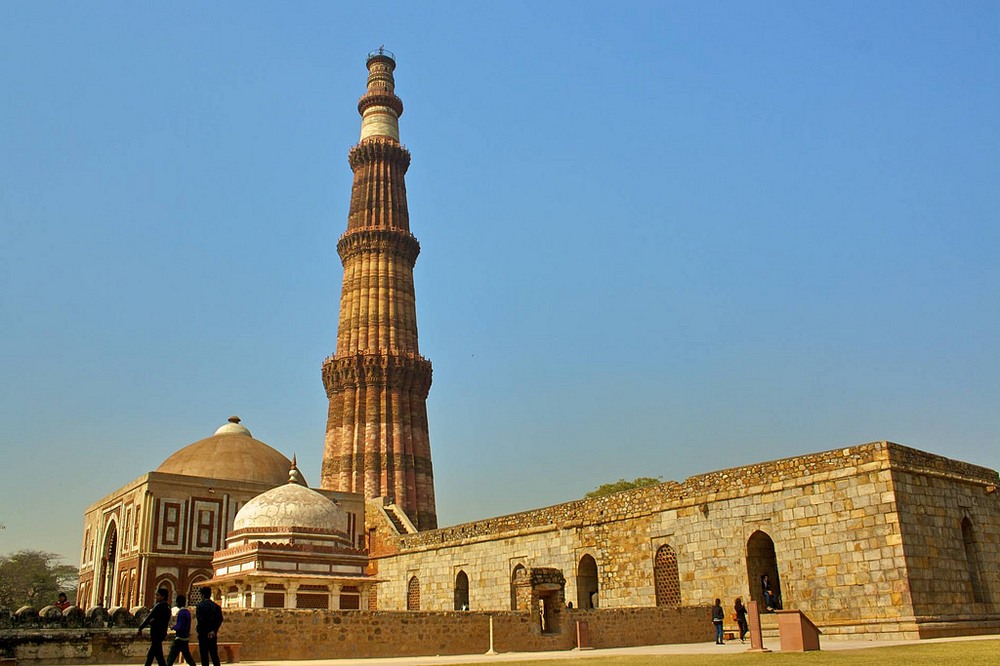