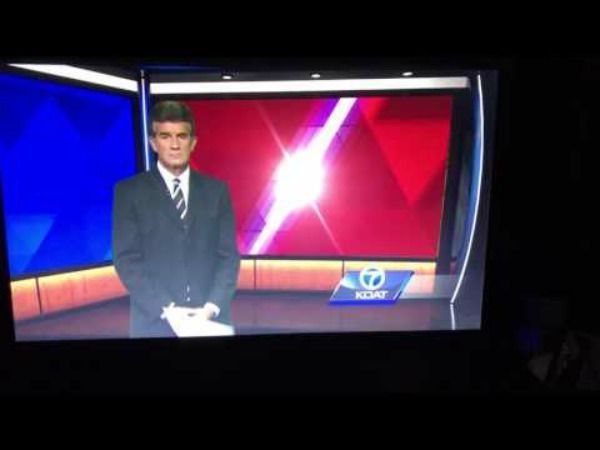 Being a newsreader isn’t a very tough gig, and aside from the salary it doesn’t seem to be a very rewarding job either, but the people want their nightly news so somebody’s got to read it to them.

And so the newsreader faces the teleprompter and reads the lines, going through the motions until they can stand the TV news rat race no longer and they give up.

Doug Fernandez was a newsreader at KOAT in Albuquerque, New Mexico until the utter ineptitude of KOAT’s production team caused him to toss in the towel.

Now he works for a clandestine organization determined to destroy all teleprompters…oh wait, it says here he still works at KOAT, I guess I was thinking of someone else…