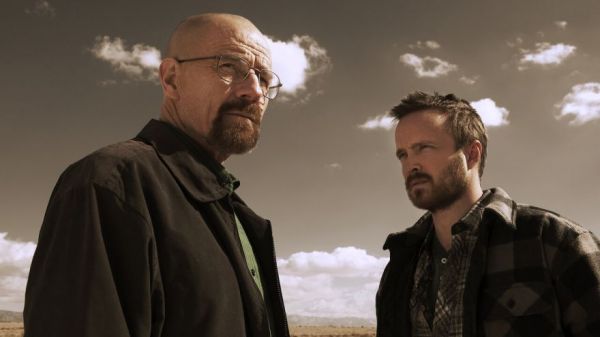 If your town’s most famous citizen happened to be a murderous drug dealer, would you put up a statue of him? Maybe not, but what if the tourist draw of that statue could mean important dollars flowing into the local economy? That’s a maybe. But then what if it were two statues, and they were a free gift? That might make a difference. And so Albuquerque, New Mexico, is welcoming statues depicting the fictional meth cook Walter White and his partner Jesse Pinkman. Albuquerque received renewed attention when the AMC TV series Breaking Bad became a hit, and has become a mecca for fans of the show, as well as those of the spinoff movie El Camino and the prequel series Better Call Saul. That the city has become associated with methamphetamine seems to be a horse that has already escaped, and there’s no shutting the barn door now.

The statues were commissioned by Breaking Bad creator Vince Gilligan in 2019, and will be presented to the city at their official unveiling on July 29th at the Albuquerque Convention Center. Bryan Cranston and Aaron Paul, who portrayed White and Pinkman, will be there along with Vince Gilligan and the city’s mayor. And, we assume, a hoard of Breaking Bad fans.