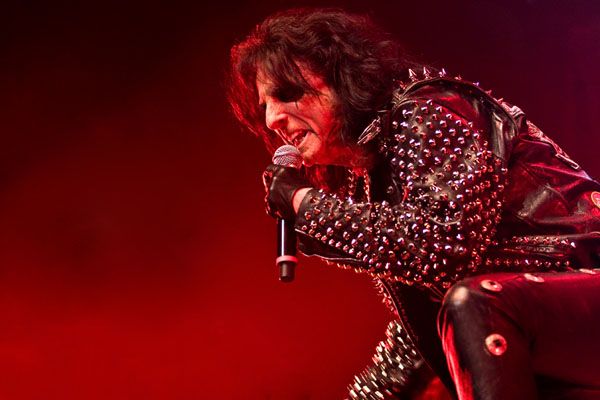 Once upon a time, going to a concert was all about the music. Then Alice Cooper came along and turned the concert stage into a circus, playing a character in terrifying makeup, singing terrifying songs in a powerful show that no one could forget. And all while using a woman’s name for reasons no one could fathom. Those concerts propelled his songs to the top of the charts.

“[When] that curtain goes up all of a sudden I am not that same guy,” Cooper told me recently about his onstage transformation from Vincent Furnier into the man we all love and fear as Alice. “I become that character and the game is on. And that character is a villain and he goes out there with absolutely no attitude of ‘Gee, I hope you like us tonight.’ He goes out there with the attitude of grabbing ’em by the throat and shaking them for an hour and a half.”

He’s been doing that for 50 years now. Alice Cooper shares stories from his long career in an interview at Uproxx.