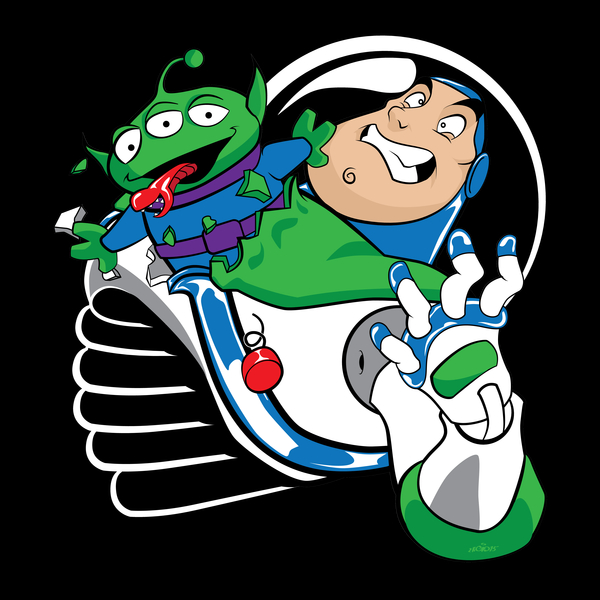 It’s strange to think that a plastic humanoid would still be vulnerable to bodily invasion by plastic alien life forms that breed by implanting a chestburster inside the plastic humanoids hollow chest cavity. But hey, I guess it could be worse- they could be flesh and bone instead of plastic, which is repairable and modifiable. Have you ever tried to put a human back together after a tiny xenomorph makes a huge mess of their chest? Lemme tell ya, It ain’t like that game Operation!

Share a funny story with the world by wearing this Alien Story t-shirt by SEspider, it’s got jokes and character to spare, and people are sure to love it infinity and beyond.